The coronation of Charles I: a salutary tale

One manuscript featured in the British Library's Royal exhibition (11 November 2011-11 March 2012) is the so-called "Coronation Gospels". This book has a chequered history, not least of which is the part it played in the coronation of King Charles I (1625-1649).

The "Coronation Gospels" was made in Francia (in what was probably modern-day Belgium) around the year 900, and arrived in England soon afterwards. It came into the hands of King Æthelstan (924-939), who presented this manuscript to the monks of Christ Church, Canterbury, in the 930s. 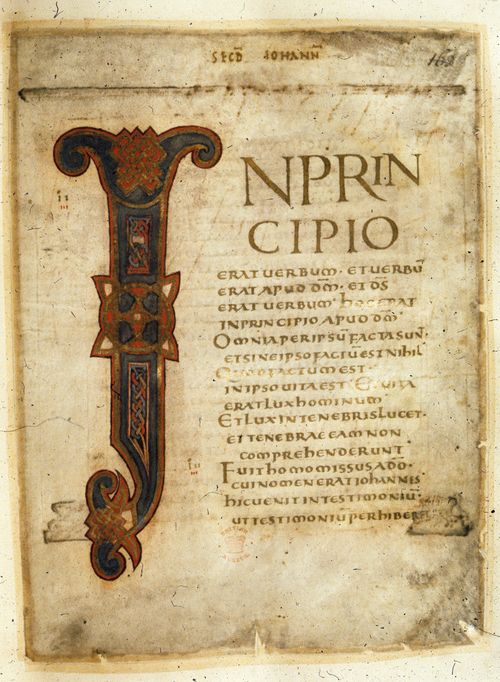 The beginning of the Gospel of St John in the "Coronation Gospels" (Cotton MS Tiberius A II, f. 162r). The manuscript was damaged by fire in 1731, the parchment leaves subsequently being mounted in paper frames.

In the 17th century, the "Coronation Gospels" was acquired by the Parliamentarian and antiquarian scholar Sir Robert Cotton (d. 1631), owner of an impressive collection of manuscripts that included the Lindisfarne Gospels and two copies of Magna Carta. Cotton assumed, incorrectly as it happened, that the Anglo-Saxon kings had sworn their coronation oaths on Æthelstan's gospel-book; and so he determined that Charles I should do the same at his own coronation service in February 1626. The story is taken up in a letter written by Sir Simonds D'Ewes (d. 1650):

"About eight of the clocke his Majestie was expected to have landed at Sir Robart Cotton's staires, my Lord Marshall having himselfe given orders for carpets to be laied. Sir Robart stood readie ther to receave him with a booke of Athelstan's, being the fower Evangelists in Latin, that Kings Saxon epistle praefixed, upon which for divers hundred yeares together the Kings of England had solemnlie taken ther coronation oath. But the roiall barge bawked those stepps soe fitlie accomodated, and being put forward was run on ground at the Parliament staires." 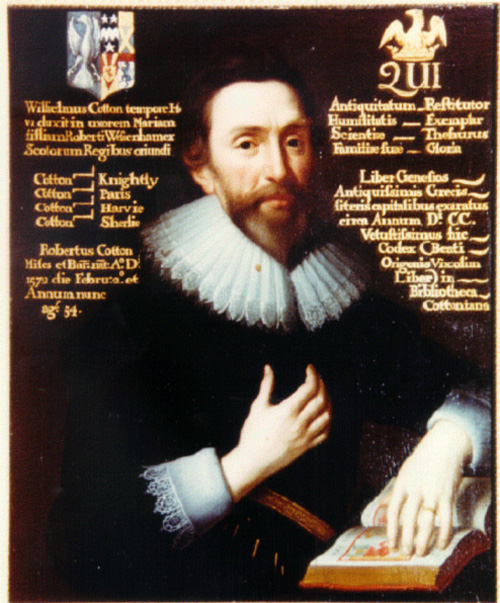 Cotton lived in a grand house at Westminster, on the bank of the River Thames, and adjacent to the Houses of Parliament. On that fateful day he stood on the red carpet, waiting expectantly for the king to arrive. But Charles snubbed Sir Robert Cotton, and ordered the royal barge to land further upstream. It would seem that Cotton played no further rôle in the coronation ceremony. He never regained the king's favour, to the extent that Charles I ordered Cotton's library to be closed in 1629, on the grounds that it allegedly contained seditious material.

Charles may have been correct that there was no historical basis for swearing his own oath on the "Coronation Gospels". But this was an unpropitious start to the new king's reign, which culminated in civil war and his own trial and execution at Whitehall in 1649. 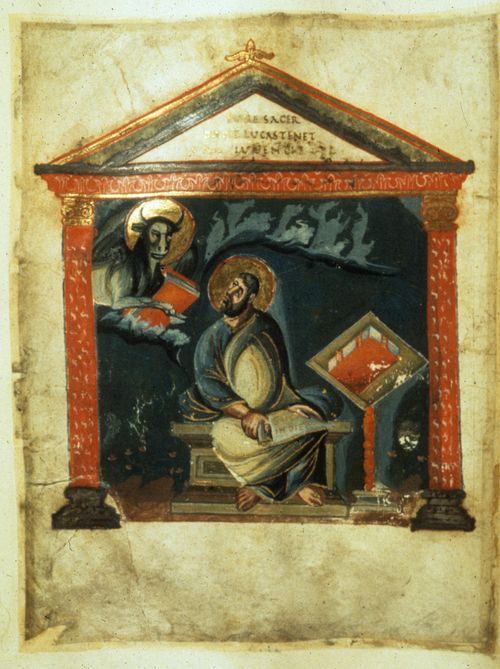 Posted by Ancient, Medieval, and Early Modern Manuscripts at 2:14 PM