Royal events at the British Library

In conjunction with the exhibition Royal Manuscripts: The Genius of Illumination, the British Library is hosting a number of events relating to the theme of the Royal library.

All events are priced at £7.50 (£5 for concessions). Tickets can be purchased from our Box Office.

18 November All That Glisters: the Art of Illumination Join Michelle Brown (Professor of Medieval Manuscript Studies, University of London) and Patricia Lovett, calligrapher and illuminator, for an introduction to some of the key exhibits, and a demonstration of the techniques of writing and illumination. 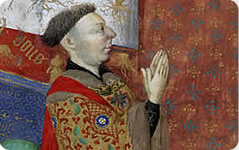 21 November The Great Lost Library of England's Kings Nicholas Vincent (Professor of Medieval History, University of East Anglia) explores the fate of the books owned by kings from William the Conqueror to Henry III.

28 November The English Kingdom of France Historian and biographer Juliet Barker examines the English campaigns and occupation of France in the 15th century, in the wake of Henry V's victory at Agincourt. 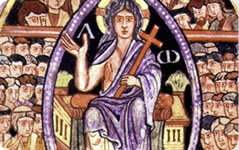 SOLD OUT 12 December The Story of a Book Television presenter Michael Wood tells the story of one manuscript's journey from France to Italy and Anglo-Saxon England. Please note: this event is already sold out.

13 December The English Castle Expert John Goodall narrates the history of the use and development of castles in medieval England. 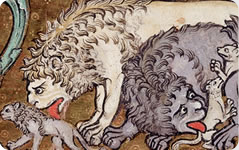 16 December The King of Beasts Author and researcher Deirdre Jackson presents a lavishly illustrated talk on the lion, a symbol of royalty for millennia.