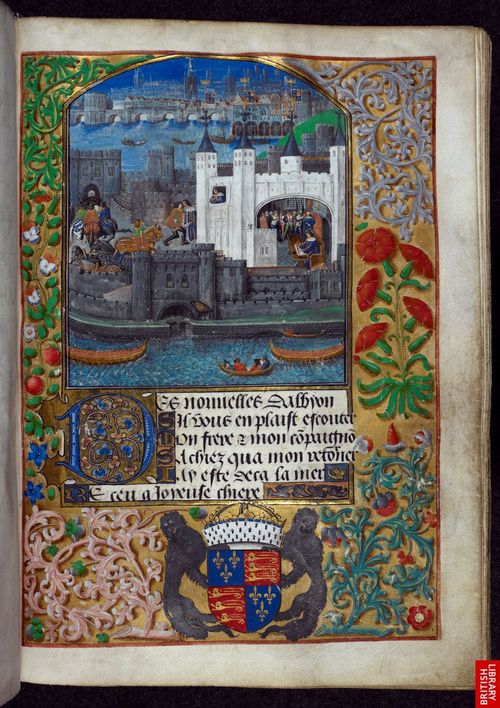 Where else can you see such outstanding works of art?

Miniature of a view of London with the Tower Bridge and the Tower of London, taken from the poems of Charles, duke of Orléans, London, before 1483: London, British Library, Royal 16 F. ii, f. 73r