Happy Valentine's Day from the Medieval and Earlier Manuscripts Blog! 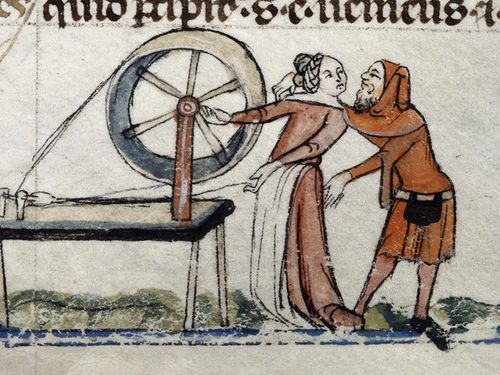 Detail of a bas-de-page scene of a woman at a spinning wheel being kissed by a man, from the Smithfield Decretals, Southern France (Toulouse?) with marginal decoration added in England, last quarter of the 13th century or 1st quarter of the 14th century, Royal 10 E. iv, f. 139 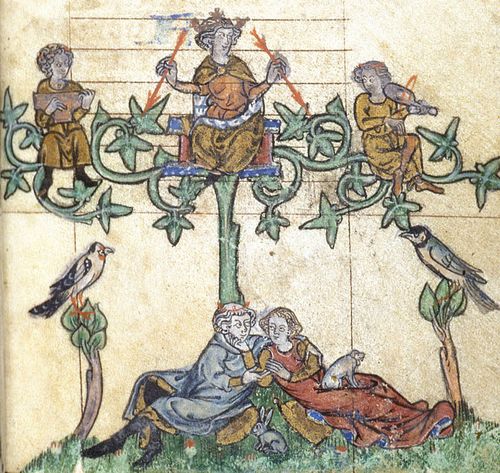 Detail of a marginal miniature of the King of Love sitting in a tree with two musicians, aiming his arrows at a couple sitting below, from the Maastricht Hours, Southern Netherlands (Liège), 1st quarter of the 14th century, Stowe 17, f. 273 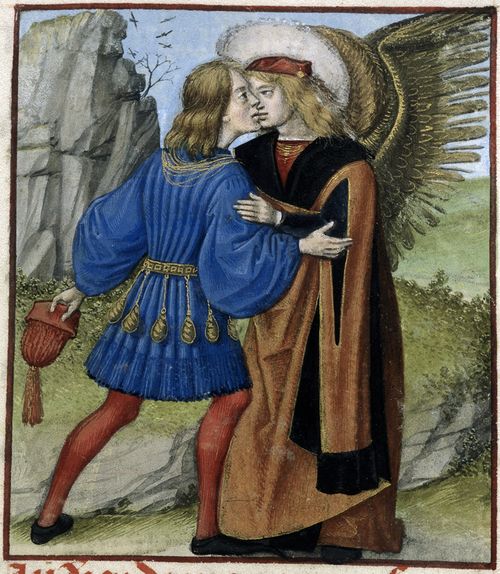 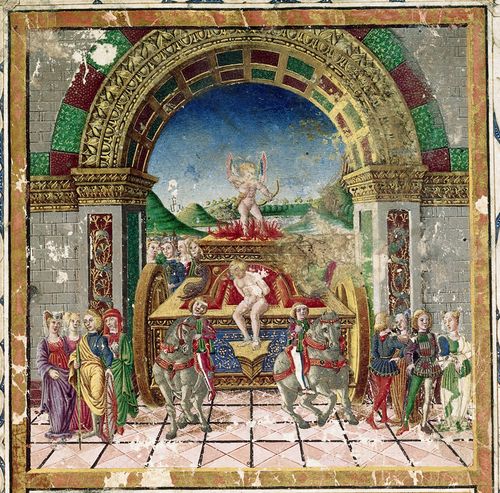 Detail of a miniature of the Triumph of Love, attributed to the Filocolo Master, from Petrarch’s Rime and Trionfi, Northern Italy (Mantua), c. 1465, Harley 3567, f. 149