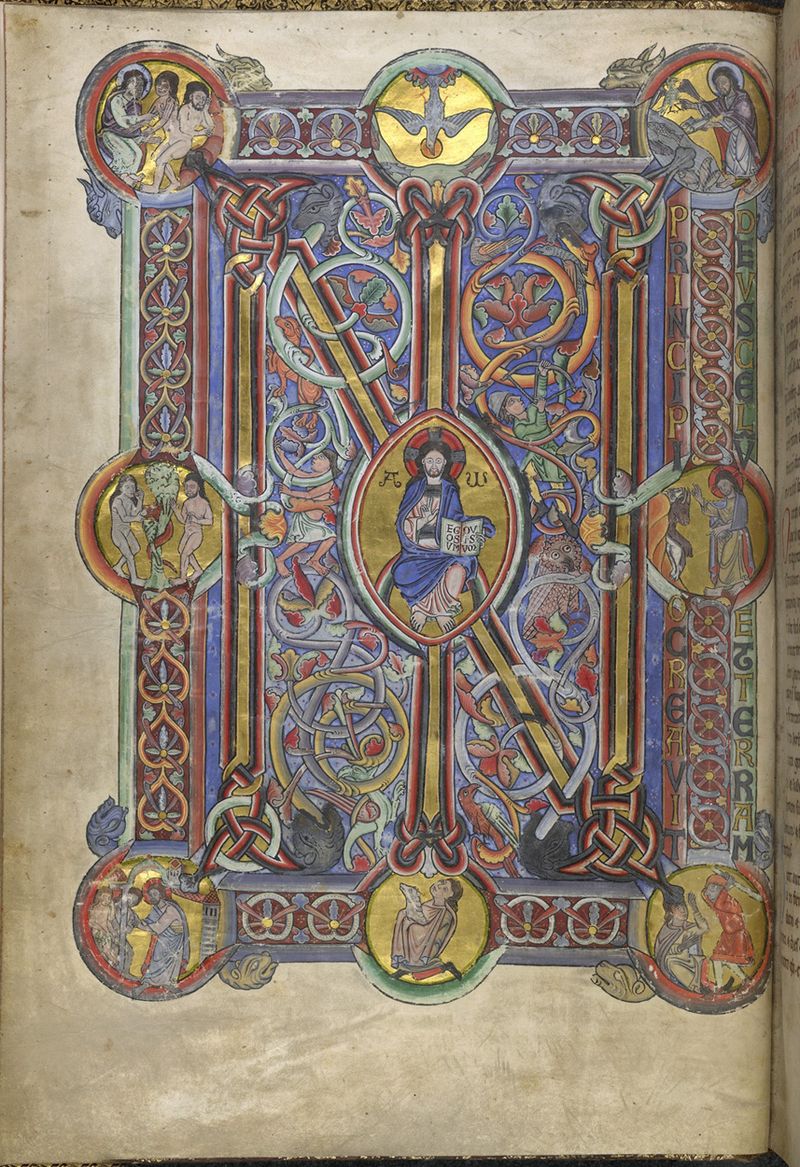 IN monogram at the beginning of Genesis, with Christ in Majesty, Netherlands (Belgium, near Leuven), 1148, Additional 14788, f. 6v

If you happen to be heading to the 47th International Congress on Medieval Studies this week in Kalamazoo, Michigan (10-13 May 2012), please consider stopping by the sessions sponsored by the Research Group on Manuscript Evidence (see as well the group's Facebook page).

I'll be taking part in the Saturday session at 1:30 pm, along with Jacob Thaisen of the University of Stavanger and Sean M Winslow from the University of Toronto's Centre for Medieval Studies.  The session's theme is 'Material and Craft Aspects of Manuscript Production', and I'll be speaking about my ongoing research on the Parc Abbey Bible (British Library Additional 14788-14790).

The Parc Abbey Bible is a monumental three-volume Bible dated to c. 1148 which is associated with a Premonstratensian abbey outside Leuven (the abbey of Ste Marie at Parc, as it happens).  It is a beautiful example of Romanesque Bible illumination - see the gorgeous incipit page above - but the manuscript is one with a difficult and complicated production history.  Its very complications, though, have made it an excellent subject for scientific analysis, and I have been fortunate enough to examine it in the British Library's Centre for Conservation.

My paper is titled 'Pigments, Painters and the Parc Abbey Bible:  A Multispectral Imaging Study' and it will be no surprise that I will be therefore concentrating on the imaging research I undertook on the Bible, using the British Library's MuSIS system (a multispectral system also used during the Codex Sinaiticus project).

Multispectral imaging can be a powerful tool for manuscript researchers.  The system requires a specialised camera, which is used to take a series of images at 30 different wavelengths of light across the ultraviolet, visible, and infrared spectra (ranging from 420 nm to 1000 nm).  These images, and the analytic software included with the system, can allow an investigator to literally peer beneath the surface of a manuscript.  The data can be used to clarify questions about the production practices of individual artists, to identify the pigments used in illuminations, and even to examine erased text or the original drawings beneath a now-finished miniature. Images taken at the higher end of the spectrum (the infrared range) can be particularly helpful in the latter kinds of investigations.

One brief example may be useful. The first image below is a detail of a large historiated initial from the Parc Abbey Bible's third volume (Additional 14790).  In this charming initial the prophet Ezechiel is literally surrounded by the opening words of his book - 'Et' (factum)' - and he is shown rather cheekily sitting on the crossbar of the initial 'T'.  But the second image, taken at a wavelength of 1000 nm, shows that Ezechiel was originally meant to be sitting on a rather Byzantine-style stool (you can perhaps see the cushions of the stool extending to either side of him).  It is not clear at what point in the design process it was decided to change this, but it was evidently fairly far along, as a portion of this scroll was originally painted (and overpainted again beneath the Prophet). 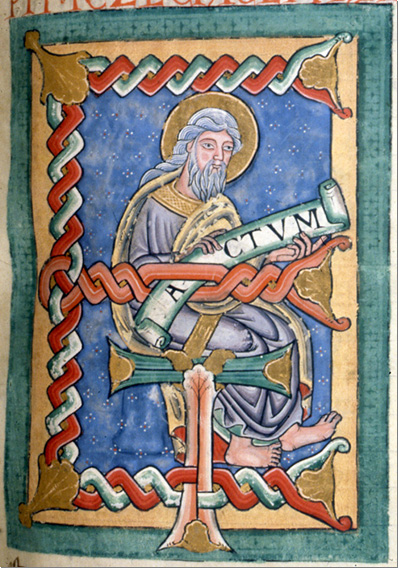 Detail of an historiated initial 'ET'(factum) at the beginning of Ezechiel, Additional 14790, f. 80 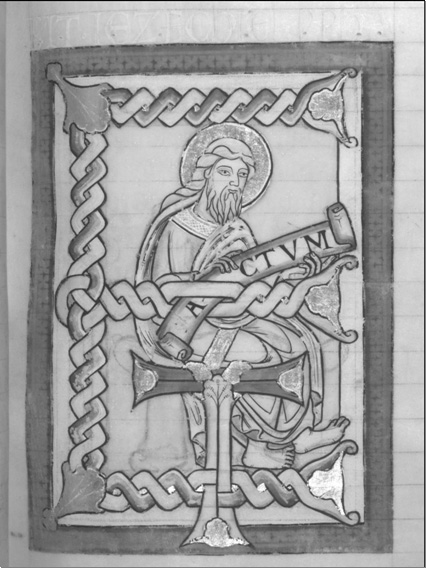 Detail of an historiated initial 'ET'(factum) at the beginning of Ezechiel, taken at 1000 nm to reveal the underdrawing, Additional 14790, f. 80

I will be talking about these results and more, and the manuscript sessions promise to be inspiring.  I hope to see you all in Kalamazoo!