Sir Gawain Back in London

The unique manuscript of Sir Gawain and the Green Knight is on display again in London, in the British Library's Writing Britain exhibition (11 May-25 September 2012). Made towards the end of the 14th century, the manuscript in question (Cotton MS Nero A. X, ff. 41–130) contains four Middle English poems (Pearl, Cleanness, Patience and Sir Gawain and the Green Knight), accompanied by a series of full-page miniatures. The poems are widely acknowledged to be some of the greatest literary survivals from medieval England. Visitors to the exhibition will be able to judge for themselves whether the illuminations are, as described by one critic, "coarsely executed". (In our opinion, they lend to the curiosity of the manuscript.) 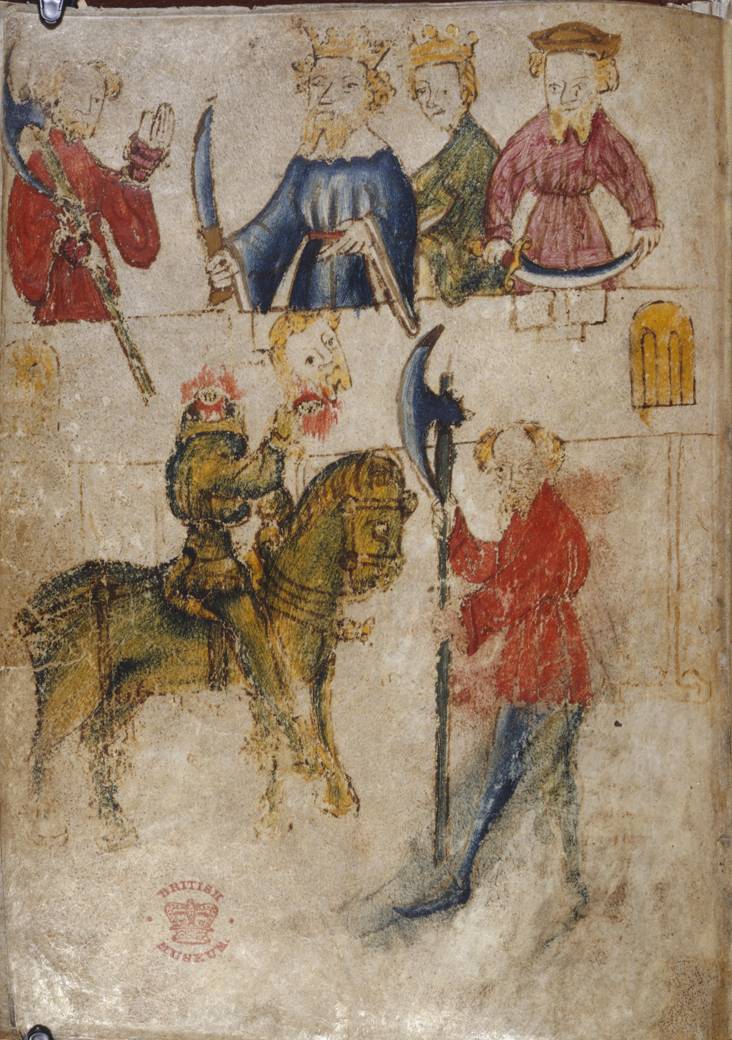 Most recently, this manuscript was on loan to the Bodleian Library in Oxford, for its exhibition The Romance of the Middle Ages. Currently on show in London is perhaps the most famous opening in the volume, with a full-page miniature of the Green Knight at King Arthur's court, faced by the opening page of the poem Sir Gawain and the Green Knight. Writing Britain: Wastelands to Wonderlands explores how British landscapes permeate great literary works, from Chaucer and William Blake to J. G. Ballard and J. K. Rowling. The exhibition has already received some excellent reviews, and you can find out how to purchase tickets here.