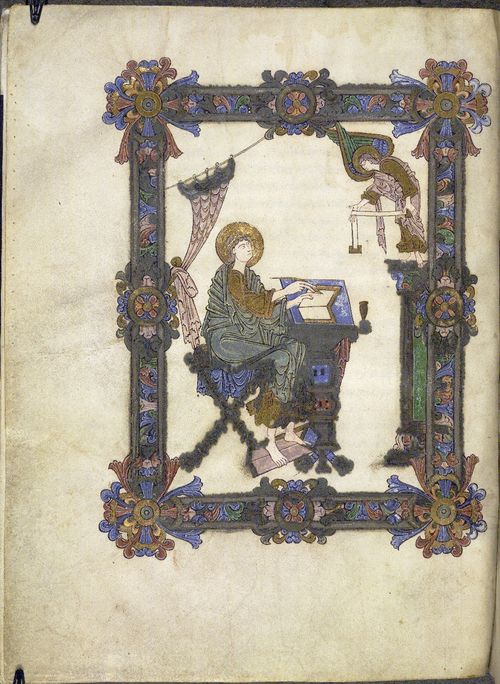 Miniature of Matthew as a scribe, with his evangelist symbol, an angel (a man), with full acanthus borders in the Winchester style, from the Grimbald Gospels, England (Canterbury or Winchester?), between 1012 and 1023, Additional 34890, f. 10v

We are pleased to announce the full digitisation of yet another group of Royal medieval devotional manuscripts, all of which have recently been uploaded to our Digitised Manuscripts site.  Like our previous group of devotional manuscripts, many of these texts either belonged to or were associated with royalty or aristocracy.  Interestingly, all of the manuscripts below were produced in England, with the exception of the famous Smithfield Decretals, which was significantly embellished after its arrival on our shores in the 14th century.

Additional 88929       The Prayer Roll of Henry VIII, England, between 1485 and 1509 (for more information, please see Andrea Clarke's post on the prayer roll following its acquisition by the British Library in February 2011) 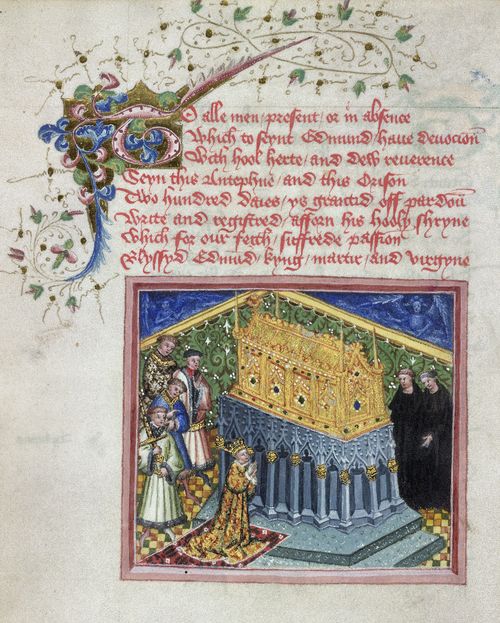 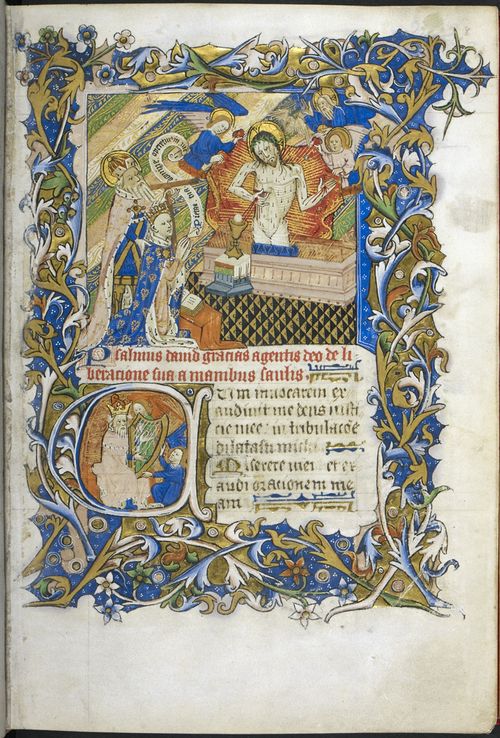 Miniature of Alban holding a Tau-cross, presenting the kneeling duke Humfrey of Gloucester (or perhaps Henry VI), with a scroll reading 'Pietas tua domine operetur in me', to Christ as Man of Sorrows and figure of the Trinity, beneath the dove of the Holy Spirit and the Father, with two angels; and the historiated initial 'C'(um) of David playing the harp with two angels, at the beginning of Psalm 4, from Psalms for Humfrey of Gloucester, England, c. 1430 - c. 1440, Royal 2 B. i,f. 8r 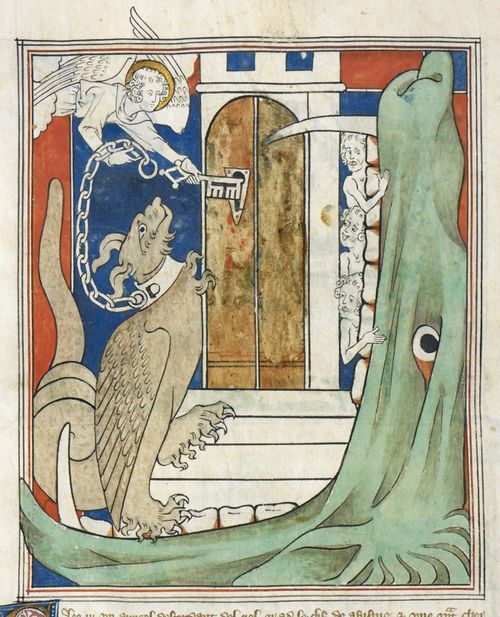 Detail of a miniature of the angel with key and dragon chained, and souls in the mouth of Hell, from The Queen Mary Apocalypse, England (London or East Anglia), 1st quarter of the 14th century, Royal 19 B. xv, f. 38v