The large banner from the British Library’s Royal Manuscripts: The Genius of Illumination exhibition has had a dramatic reuse as part of the Purbeck Art Weeks Festival 2012, held from 26 May to 10 June. 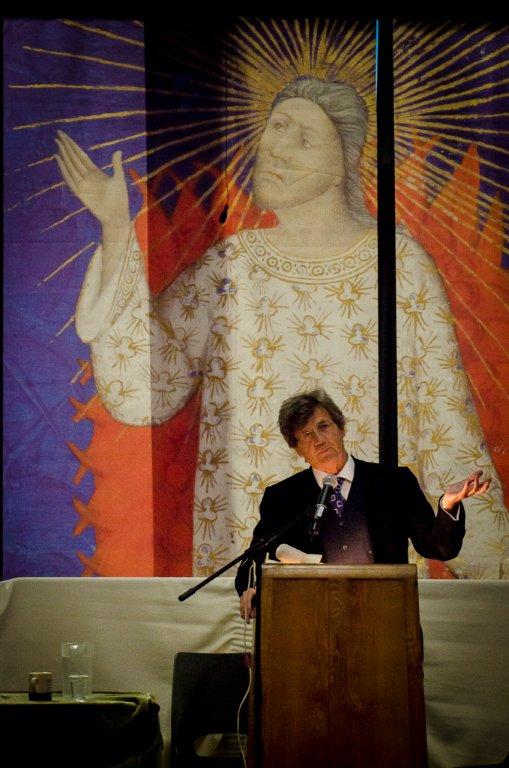 The stunning image of God the Creator from a French Bible historiale was therefore an appropriate backdrop for the event. One of the PAWs trustees commented that ‘Melvyn was of course great and his talk was thoroughly enjoyed by the many people who packed into the Purbeck School hall to hear and see him.’

And that’s not all—the banner may go on tour again as part of an exciting new exhibition to be curated by Turner Prize winning artist, Mark Leckey: