Lindisfarne Gospels Back on Display

We are pleased to announce that, from 1 October 2012, the Lindisfarne Gospels is back on display in the Sir John Ritblat Gallery at the British Library, following its six-month conservation rest.

The Lindisfarne Gospels is one of the Library’s greatest treasures, and was made around AD 700, probably on the Holy Island of Lindisfarne. It is thought that the book is the work of one remarkably gifted artist, who produced both words and images, thereby giving the manuscript a coherent sense of design. 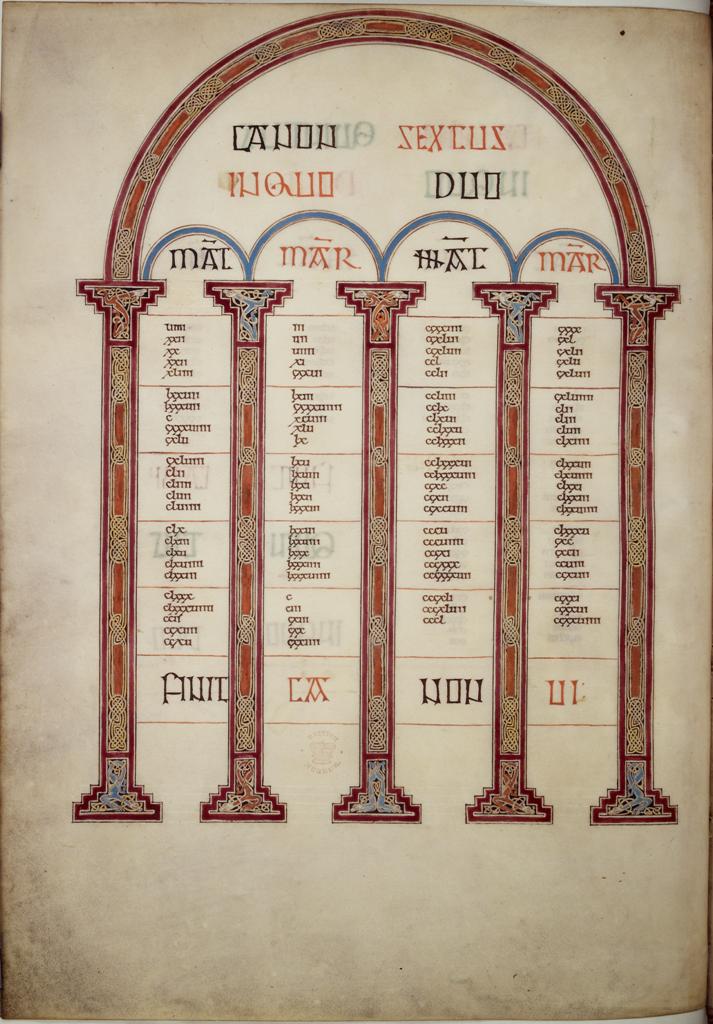 According to an inscription added at the end of the manuscript some time later, that artist was a monk called Eadfrith, who was Bishop of Lindisfarne from 698 to 721. The inscription records that Eadfrith wrote the book ‘for God and for St Cuthbert and – jointly - for all the saints whose relics are in the island’. It also describes the original binding made by Billfrith the anchorite, which included a cover adorned with gold, silver and precious gems.

On display from 1 October 2012 until 1 January 2013 is a splendid opening from the canon tables before the first Gospel, decorated with the animal figures and intricate abstract designs characteristic of Anglo-Saxon art. These tables are the ‘Eusebian Canons’, which function as a system of cross-reference within the Gospels, and predate the division of the Bible into chapters. Each of ten canons lists episodes, identified by section numbers, held in common by all four Gospels, or any combination of them. The canons exhibited are six, seven and eight, which list episodes common to Matthew and Mark, Matthew and John, and Luke and Mark (Cotton Nero D. IV, ff. 15v-16r). 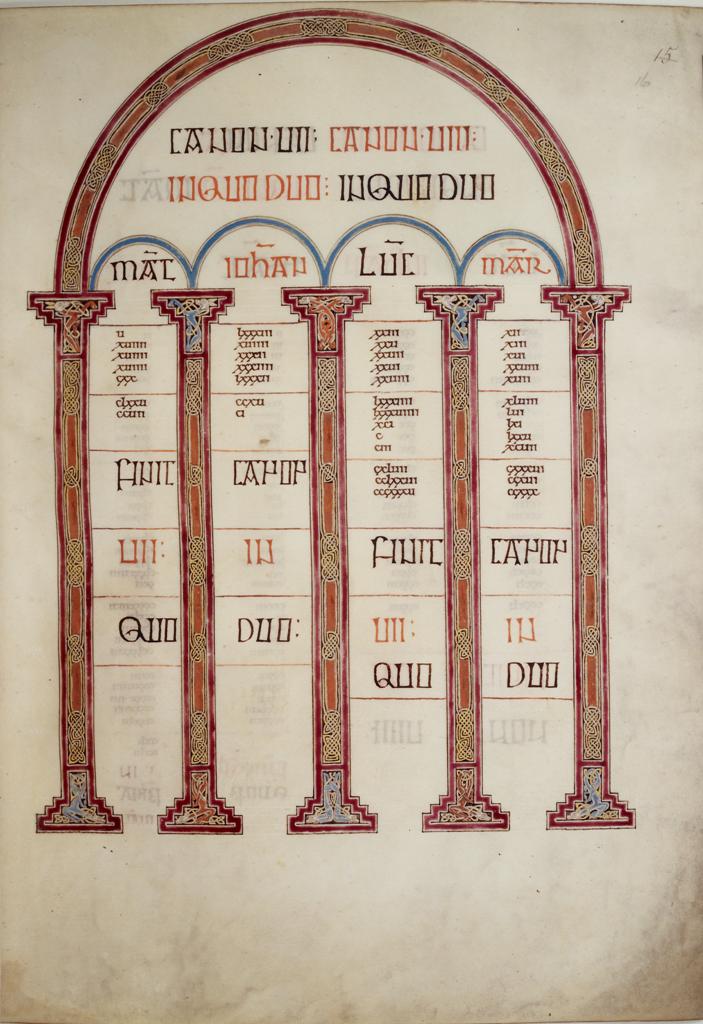 You can see the rest of the Lindisfarne Gospels on the British Library's Digitised Manuscripts site.