If you have been reading this blog on a regular basis, you may have discovered that beavers used to gnaw off their testicles to evade hunters, that owls were associated with sickness, that monkeys could play bagpipes, and that people used to eat unicorns in the Middle Ages. But none of those marvellous beasts can quite match the magnificent weasel, which at various times was said to conceive young through their mouths, to give birth through their ears, and to be able to cure other animals. 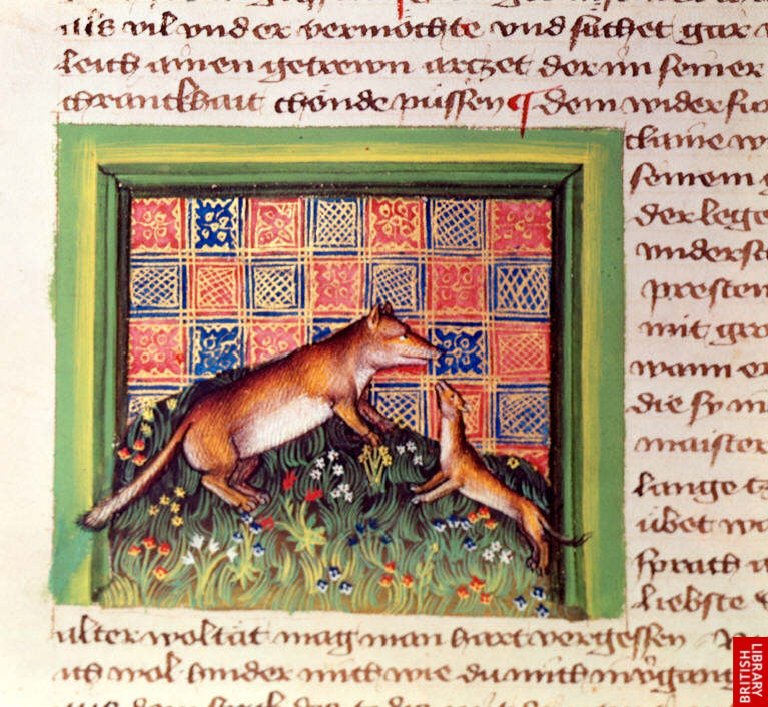 What lent the weasel these supernatural qualities is unknown, but it is curious to note that different cultures have attached different significance to this animal. For example, in ancient Greece a weasel around the house was a sign of bad luck, and even more so if a girl was about to be married -- the animal was believed to be an unhappy bride who was transformed into a weasel, and delighted in destroying wedding dresses. Native Americans likewise regarded weasels as a bad omen, since crossing their path led to a speedy death; but elsewhere, including Macedonia and in the territory of the Wends (the western Slavs), weasels brought good fortune. 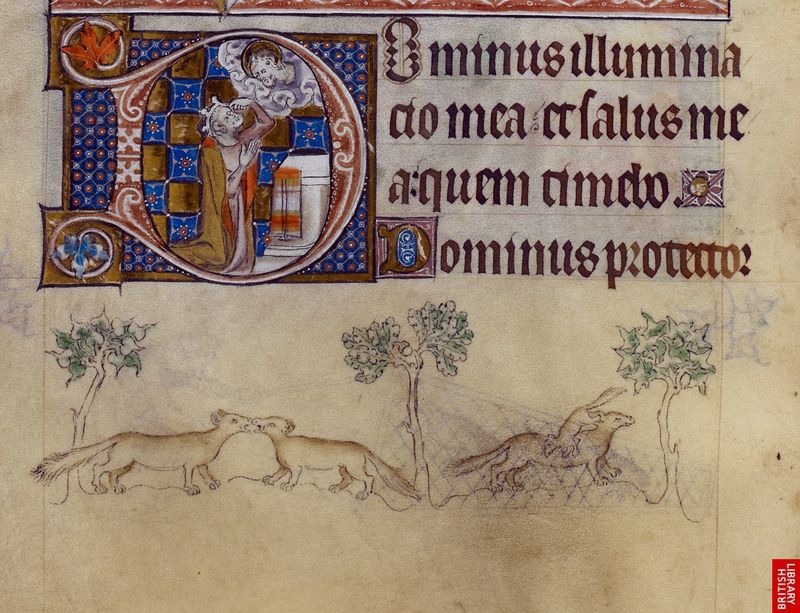 A bas-de-page scene of weasels, who are said to conceive young through their mouths, and to give birth through their ears, in the Queen Mary Psalter: England (London/Westminster or East Anglia?), between 1310 and 1320 (London, British Library, MS Royal 2 B VII, f. 112v).

The medieval tale Eliduc, by Marie de France, contains another story of the weasel's miraculous powers. A female weasel stumbled across the body of her male companion, and ran to the neighbouring wood where she fetched a certain red flower. She then placed the flower in the mouth of her partner, who was instantly revived, and the happy weasels ran away together. Observing this amazing recovery, the flower was used in turn to revive a damsel who had collapsed in a swoon, and who so happened to be Eliduc's long-lost love. 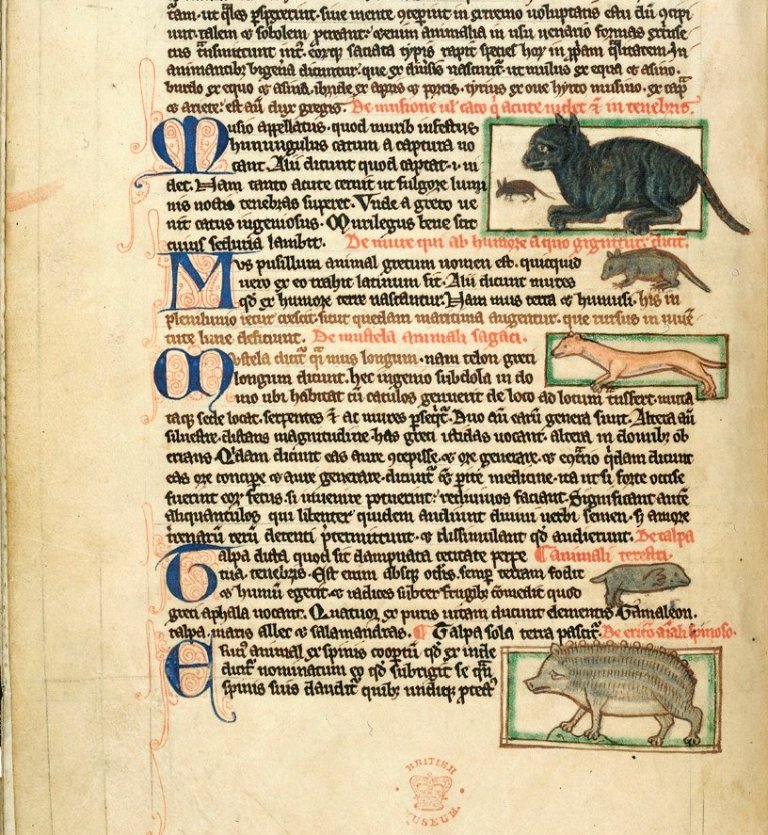 Miniatures of a weasel and other animals, including a cat and a hedgehog: England, middle of the 13th century (London, British Library, MS. Harley 3244, f. 49v).

Those of you familiar with English nursery rhymes may also recall that the weasel turns up in "Half a pound of tuppeny rice" ... though in that case perhaps simply to find a word that rhymes with "treacle"! We're sure you would agree that there must be more to the weasel than meets the eye ... 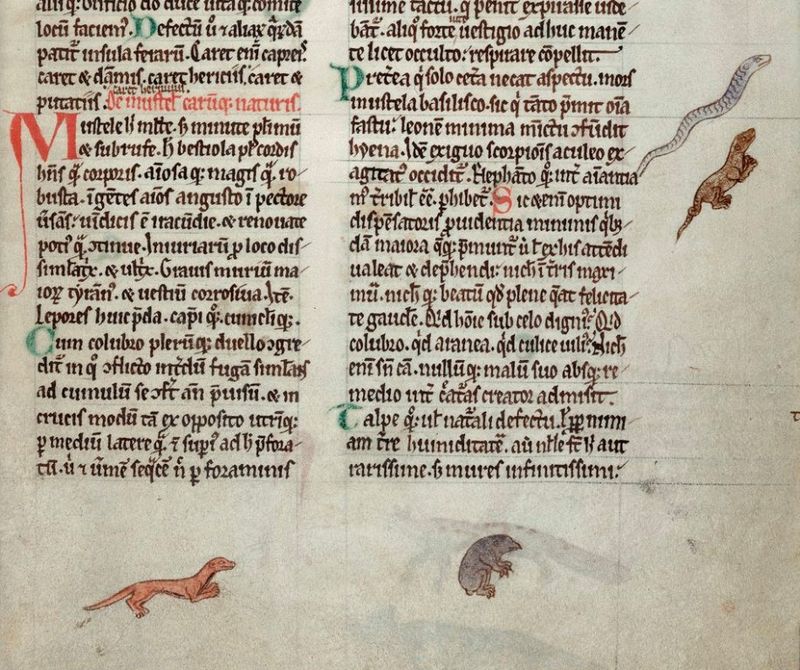 In the Epistle of Barnabas it is written that God forbid the eating of weasels as a sign that oral sex was a sin as the weasel reproduces by the mouth. see Barnabas 10:8.