You Give Love a Bad Name 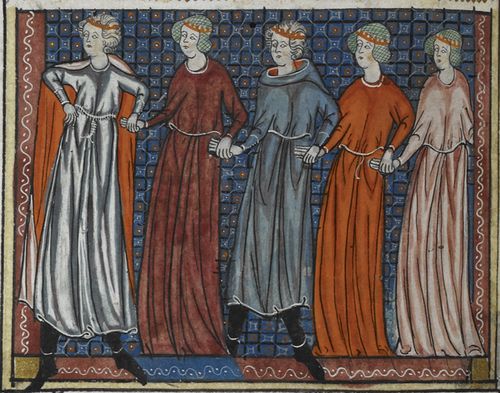 A recent post explored the literary construct of courtly, or 'refined' love, fin' amors.  It was not long, however, before poets began to play with these conventions.  Around 1230, Guillaume de Lorris wrote a medieval best-seller, the Roman de la Rose, a sort of allegorical romance in which a Lover falls asleep and dreams he is in a Garden of Pleasure ('Deduit').  The garden is peopled by beautiful and carefree allegorical characters, cavorting in a landscape of flowers and spring, reflecting the refined pleasures of aristocratic gardens peopled by courtiers.  All is not wholly idealized, however – the Lover is let into the garden by the personification of Idleness, a suggestion that such pleasures are superficial, embraced only by those without industry for a more worthwhile pursuit. 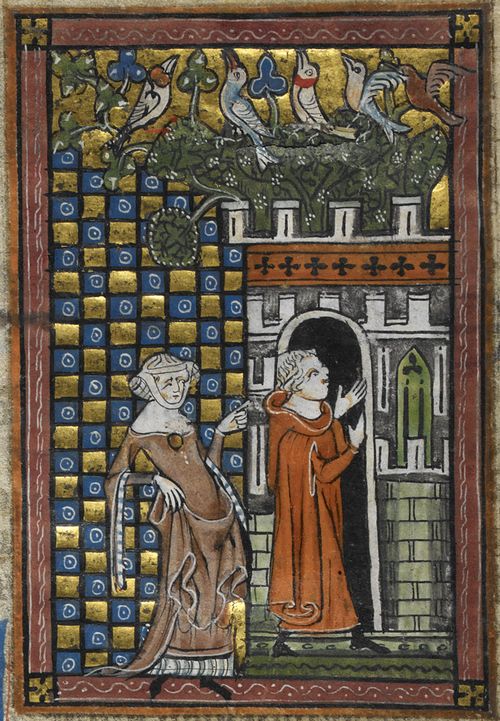 In the centre of the garden, the Lover finds a rose growing on a bush and falls passionately in love with the flower.  It is a reduction of the courtly love relationship to its essentials, as the Lover – in this story a fashionable courtier, not a knight – longs to pluck the rose, but is, at least initially, prevented from doing so by the allegorised forces of resistance to his impertinent desire: Danger, Shame and Fear.  Guillaume's narrator never achieved his rose, as the poem was left unfinished at the author's death.  It would be another few decades before the work was finished, c. 1280, by another poet, Jean de Meun.  Picking up where Guillaume had left off, he transformed the work into one even more overtly cynical of love, as well as far more encyclopaedic in its reach. 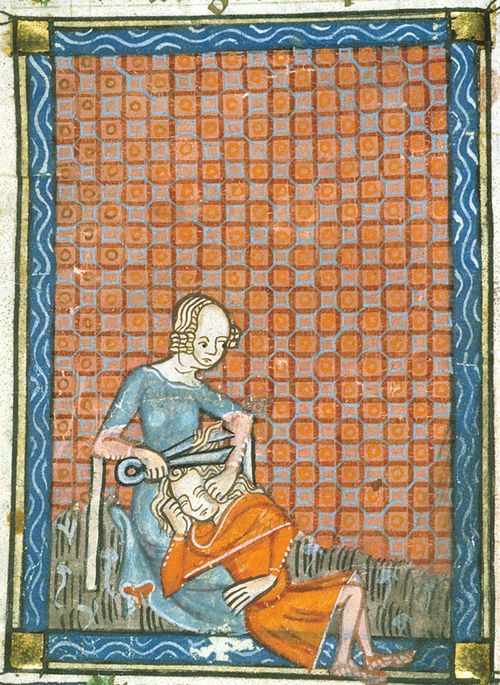 Perhaps the best-known episode in Jean's continuation is the speech to Fair Welcome, the personification of the beloved's desire to give herself over to the Lover, made by the Old Woman, one of the literary antecedents of Chaucer's Wife of Bath.  The Old Woman advises Fair Welcome on the best way for a young woman to conduct herself in love.  She ought, it is explained, to take as many lovers as she can, while she is still beautiful enough to attract them, and should manipulate them to remain fully in control.  The stories of Dido and Medea, betrayed by the men who claimed to love them, prove that it would be foolish to remain faithful or chaste.  Instead, a woman should take as her example the goddess Venus: she and Mars were caught in their adultery by her husband Vulcan, but it was just such danger of discovery that lent the affair its attraction. 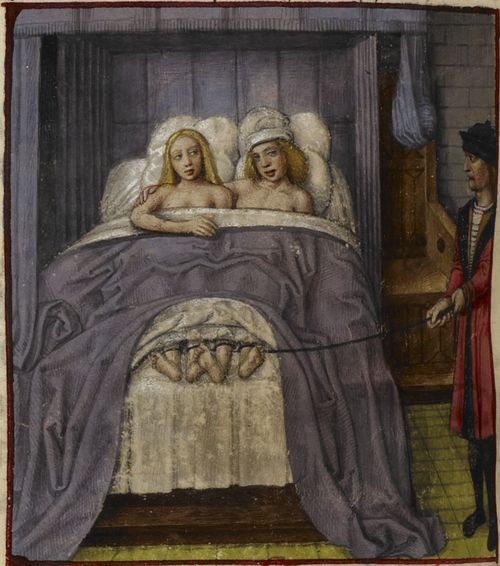 Detail of a miniature of Venus and her lover Mars, caught in the act of adultery by her husband Vulcan, who holds them bound in a rope he has devised for the purpose; from Guillaume de Lorris and Jean de Meun, Roman de la Rose, the Netherlands (Bruges), c. 1490-c. 1500, Harley MS 4425, f. 122v.

In the end, Jean provided the Lover with the satisfaction deferred by Guillaume's unfinished text.  Fair Welcome, together with the rose, is imprisoned in a castle.  In a passage rife with erotically-charged imagery, Venus sets fire to the castle, which the Lover and his allies storm, and where he is finally granted access to the rose.  The dream ends with this consummation, and the lover awakes, to reflect back on his experiences and compose his poem. 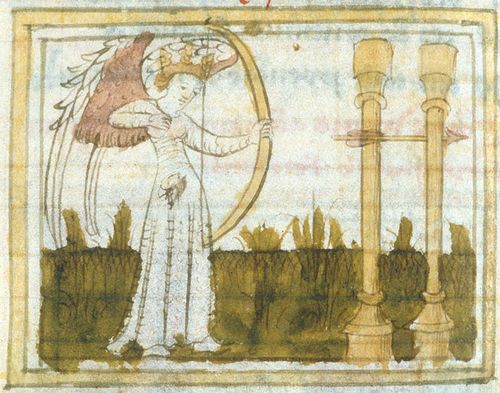 Detail of a miniature of Venus, setting fire to the castle where the rose is imprisoned, by firing a flaming arrow through a narrow opening in the castle, located between two pillars; from Guillaume de Lorris and Jean de Meun, Roman de la Rose, France (Paris), c. 1400, Egerton MS 1069, f. 140v.