How the Camel Got the Hump

Some of you may be familiar with the Just So Stories of Rudyard Kipling (1902), which include "How the Leopard Got His Spots", "How the Elephant Got His Trunk", and "How the Camel Got His Hump". We like to think that Kipling, a man of letters, might have been able to draw inspiration from the British Library's collections when concocting these tales, not least when it came to his famous story of the camel. 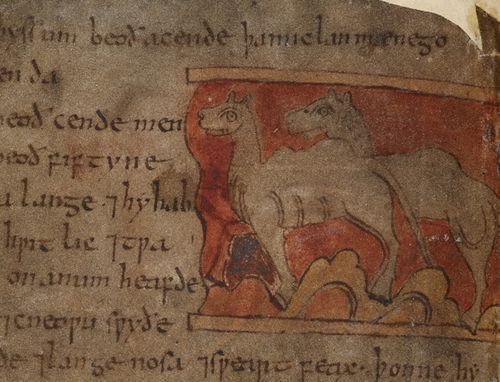 Have you ever asked yourself what a camel looked like in medieval times? Marvellously, we have some idea, thanks to drawings found in three of the greatest Anglo-Saxon manuscripts, all at the British Library: the Beowulf-manuscript (Cotton Vitellius A XV); the Old English Hexateuch (Cotton Claudius B IV); and an illustrated miscellany from 11th-century Canterbury (Cotton Tiberius B V). 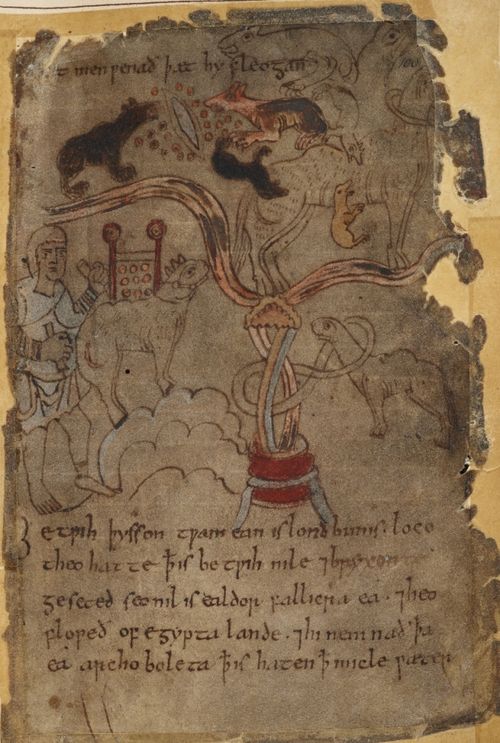 Ants and camels in the Marvels of the East (London, British Library, MS Cotton Vitellius A XV, f. 101v).

In the text known as the Marvels of the East is a passage describing ants the size of dogs, which live beyond the river Gorgoneus, and dig up gold from the earth. Men seeking gold are described crossing the river with their camels, leaving the young tied on their own side; the she-camels are laden with gold and return to their young, but the male camels are left behind, for the ants to devour, enabling the thieves to escape. In the Beowulf-manuscript, this scene is depicted by a large miniature (sadly damaged by fire), in which three dog-like ants attack a tethered camel on the right, while a man holds another camel bearing a saddle, and a young camel (or brontosaurus, take your pick) is tied to a tree at the bottom. In the copy of the same scene in the illustrated miscellany, a camel is attacked by ants while a man crosses the river to safety on the back of a she-camel. 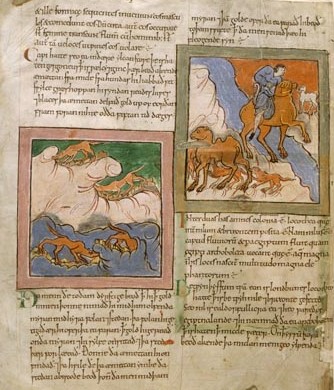 If this wasn't enough to give the male camel the hump, what else was? Well, in the Beowulf-manuscript, the next scene, describing a place where many elephants are born, is illustrated with two slightly grumpy-looking camels (shown at the beginning of this post). Presumably the camels are saying to each other, "Doesn't the artist know what an elephant looks like?" The illustrated miscellany represents the same passage (in Latin, "in his locis nascitur multitudo magna elephantorum") with a pig-like elephant standing on an island. 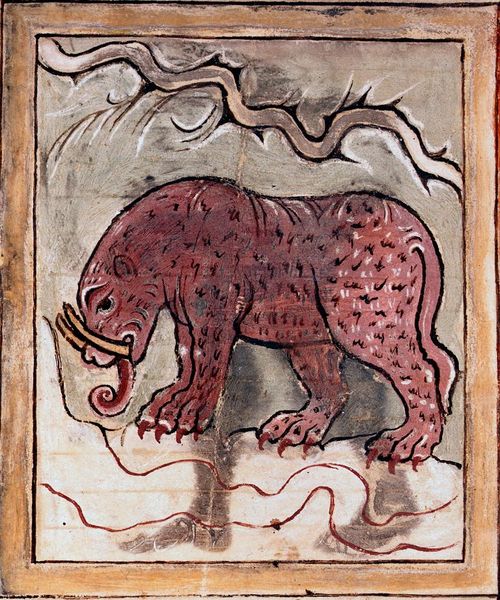 Of course, it's highly likely that few Anglo-Saxons had ever seen a camel in real life, and so we should not be surprised that their pictures of them are quirky, to say the least. But is this a world-first, a chorus line of dancing camels? Riverdance, anyone? You can read more about the manuscripts of the Marvels of the East in the facsimile of the same name by Montague Rhodes James (Oxford: The Roxburghe Club, 1929). For the Hexateuch, see Benjamin C. Withers, The Illustrated Old English Hexateuch: The Frontiers of Seeing and Reading in Anglo-Saxon England (London: The British Library, 2007). And don't forget to look at our Digitised Manuscripts site, to see both the Beowulf-manuscript and the Hexateuch in their entirety.

And the camel said "Humph", just "Humph" and no more.

I have a beautiful postcard reproduction of a medieval camel from the Cloisters Collection of the Metropolitan Museum of Art. It comes from a fresco in the Church of San Baudelio de Berlanga, Spain, ca. 1120-40.