Film Screening of the Gospels of Tsar Ivan Alexander

Last September, the Bulgarian Embassy and His Excellency Mr Konstantin Dimitrov, the Ambassador of the Republic of Bulgaria to the United Kingdom, hosted a private view of two Bulgarian manuscripts that are now on display in the British Library’s Sir John Ritblat Treasures Gallery. On that occasion, we were delighted to announce that the whole of the Gospels of Ivan Alexander can now be viewed on the Library’s Digitised Manuscripts site. 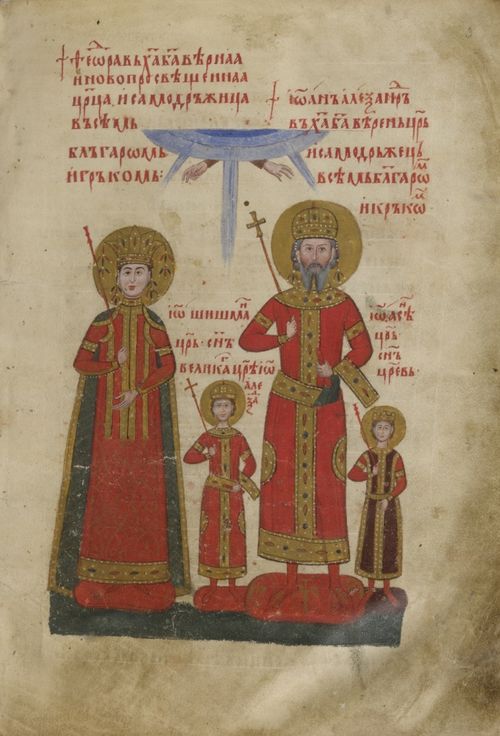 Now, as part of the British Weeks in Bulgaria, the British Embassy in Sofia will host a screening of the film ‘Portrait of a Quest’ about the Gospels of Ivan Alexander. The event will be held on 5 June 2013 at the British Residence, 6pm to 8pm. Free entrance, RSVP: BritishEmbassySofia@fco.gov.uk.

The British Weeks in Bulgaria is a celebration of Bulgarian-British links that includes more than twenty events to take place in Sofia, Plovdiv and Varna. The events highlight the close links and prospects resulting from the close relationship between Bulgaria and Great Britain. For more information and a full programme, please follow this link. 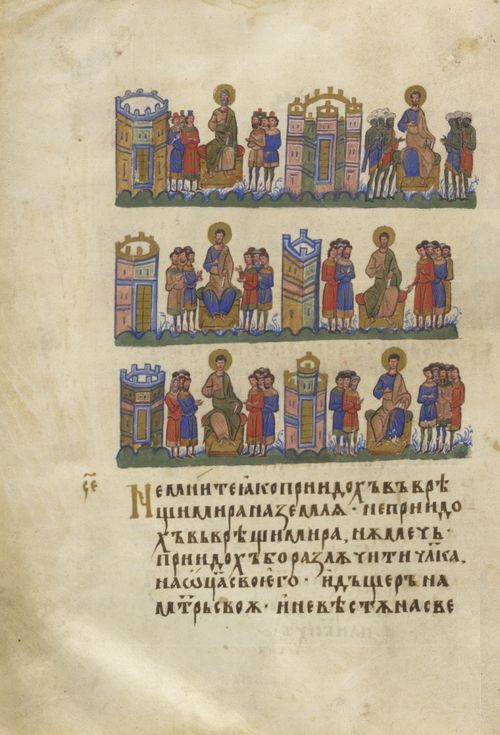 The Gospels of Tsar Ivan Alexander (Additional MS 39627) is the most celebrated surviving example of Bulgarian medieval art. Written over 650 years ago, in the middle of the 14th century, the manuscript contains the Four Gospels of Matthew, Mark, Luke and John. Accompanying and fully integrated into the text, no fewer than 366 illustrations – one for each day of the year – illustrate an extensive range of events from the narrative of the four Evangelists. The scribe Simeon recounts that the book was created ‘not simply for the outward beauty of its decoration, of colours, gold, precious stones and diamonds, but primarily to express the inner Divine Word, the revelation and the sacred vision’. On display in the British Library's Treasures Gallery at St Pancras is a portrait of the Tsar in Paradise between Abraham and the Virgin Mary and within the overall context of a magnificent depiction of the Last Judgment. The starting point for this large illumination is Mark’s account of Jesus’s prophecy of the end of time. 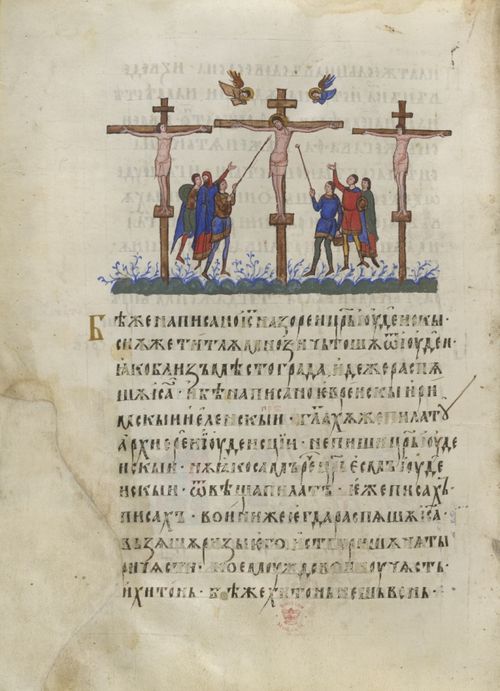 The manuscript is a remarkable survival.  Within forty years of the completion of the Gospels of Ivan Alexander, its patron was dead and his empire destroyed. Unlike many other artistic treasures of this remarkable period in Bulgarian history, the Gospels escaped destruction, finding its way north across the Danube. Here it came into the possession of the ruler of Moldavia, also called Ivan Alexander. For several centuries the history of the Gospels is unclear. By the 17th century, however, it appears to have reached the monastery of St Paul on Mount Athos. There it remained until its presentation in 1837 by the abbot of St Paul’s to the young English traveller the Hon. Robert Curzon. Brought by Curzon to England, it was later presented to the British Museum by his daughter.