The first 10 folios of Royal MS 20 A II (the newest upload to our Digitised Manuscripts site) are a portable portrait gallery of the kings of England in chronological order.  Each king is depicted in a tinted drawing, surrounded by symbols or events from his reign. The images of later kings are followed by genealogical tables or Latin verses about the monarch in question.

Here are some examples of the ways that artists in the 14th century portrayed their rulers.  The question is - can the images tell us anything at all about how these kings really looked?

Edward the Confessor is shown in the manuscript as tall, upright, and elegantly dressed, posing with a sceptre and a book, looking pensively into the distance.

In his portrait, Richard I (or Richard the Lion Heart), though seated on his throne, appears ready to leap into action and his garments seem rather ill-fitting. He is cross-eyed and looks somewhat belligerent. The heads of three Christians and three Saracens - a reference to his Crusading fame - glare at each other from either side of his throne. 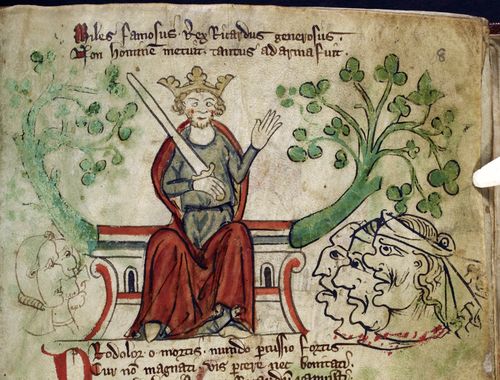 Compare the above to the fine figure on the 19th century statue in front of the House of Lords in London! 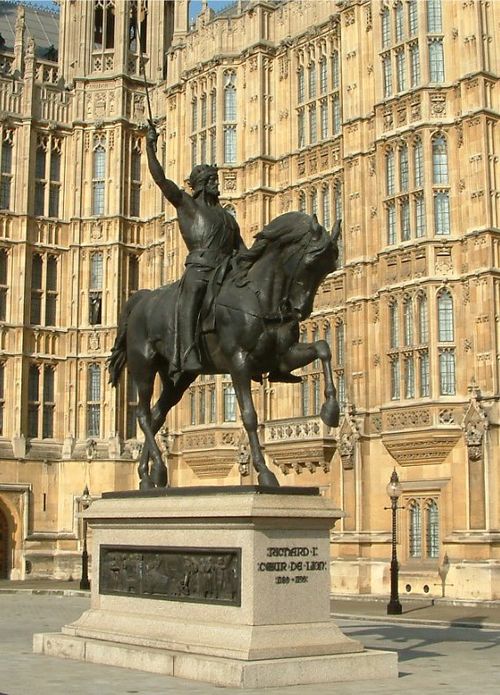 Statue of Richard the Lionheart, before the Palace of Westminster, via Wikipedia Commons

King John is shown in the manuscript smiling tenderly at his dogs, while stroking one of them playfully.  He has a simple, open face, and does not seem to be weighed down by the cares of state. 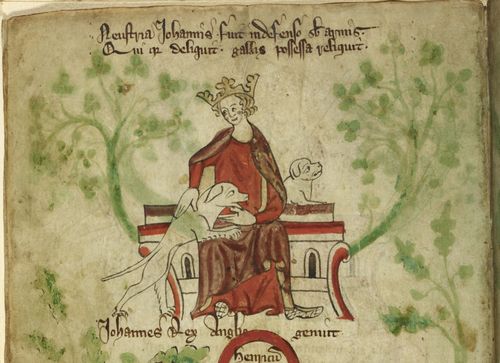 Henry III, on the other hand, looks rather disgruntled in his portrait as he shows off the bells of his new cathedral, Westminster Abbey.  He does not seem very pleased with the way his project has turned out, or perhaps he is frustrated by the building costs! 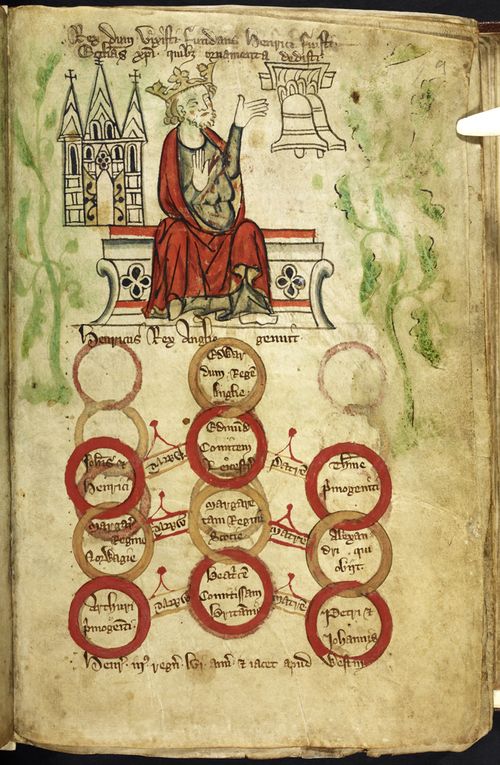 Miniature of Henry III enthroned, flanked by Westminster Abbey and church bells, with a genealogical table of his descendants below, England, c. 1307 - c. 1327, Royal MS 20 A II, f. 9r

The portrait of  Edward the Confessor (top) is one of 10 produced by the same artist, which can be found on folios 2 to 5 of the manuscript, beginning with legendary kings like Vortigern and Arthur.  They are all framed in black.  The portraits on folios 5v to 10 are by a second artist, who drew the later kings from Edward the Confessor to Edward II.  In this final portrait (below), Edward II is referred to as prince (‘princeps’), in the caption, indicating that the image might date from before or around the time of his coronation in 1307. He has a rather pretty face, and the person presenting the crown is looking at him sideways, apparently unsure of him.  Beneath the image, a poem in praise of King Edward has been erased, and replaced by a lament, allegedly written by the king after his deposition in 1327, bemoaning his fate as ‘le roys abatu’ (the beaten-down king) who is mocked by everyone. 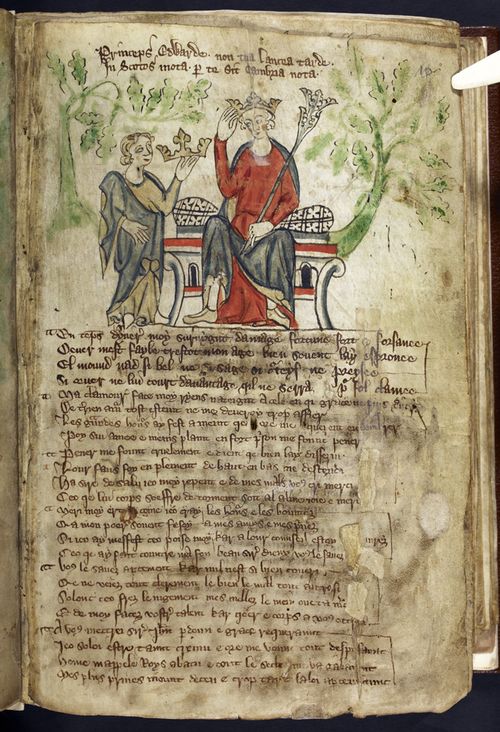 This series of portraits of English kings precedes a copy of Peter of Langtoft’s French verse chronicle, tracing the history of Britain from the early legends of Albion and Brutus up to the time of Edward II.  Langtoft was a canon at an Augustinian priory called Bridlington in Yorkshire, and this manuscript of his work was copied in the North of England.  It also contains fragments of the Lancelot-Grail romances and a letter attributed to Joanna, Queen of Sicily. 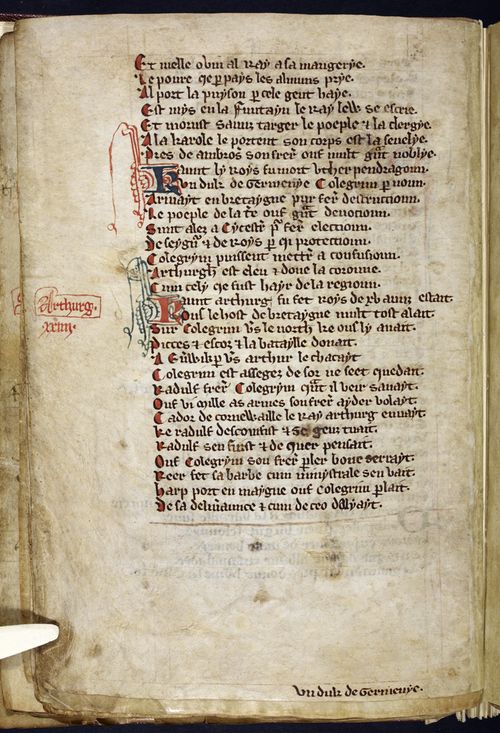 Royal 20 A II was one of the manuscripts displayed in last year's Royal exhibition, and can be seen in its fully digitised version here.

Sorry for the previous gaff--I now see that all of the images have the same date, which is for the MS and not the kings depicted!