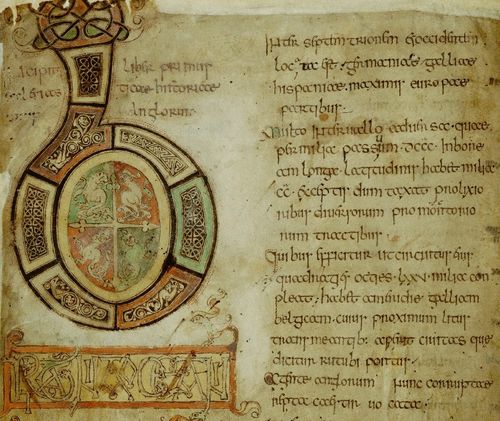 Detail of Bede's Ecclesiastical History (London, British Library, MS Cotton Tiberius C II, f. 5v)
The section on the conversion of the Anglo-Saxons opens with an early, Kentish copy of Bede's Historia ecclesiaistica gentis Anglorum (British Library MS Cotton Tiberius C II), displayed open at Bede's famous description of Britannia. Also on loan is the early-9th century Anglian Collection (British Library MS Cotton Vespasian B VI), showing the royal pedigrees of Deira and Bernicia, which traced the origin of the Northumbrian kings back to Woden. Paulinus, the Italian missionary who went to the north of England to convert King Edwin of Northumbria (d. 633), is there named as the first bishop of York. 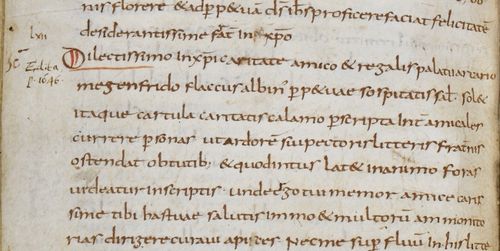 Detail of Alcuin's letter (London, British Library, MS Harley 208, f. 73v)
The third British Library loan is exhibited in the section of the exhibition examining the process of conversion by conquest under Charlemagne. British Library MS Harley 208 is a collection of letters written by the theologian Alcuin of York (d. 804), who was an advisor to Charlemagne. The letter displayed is an important witness of early medieval missionary thinking, the theology of conversions and a crucial document for the history of Charlemagne's struggle with the Saxon people. The entire manuscript is available to view on our Digitised Manuscripts site. 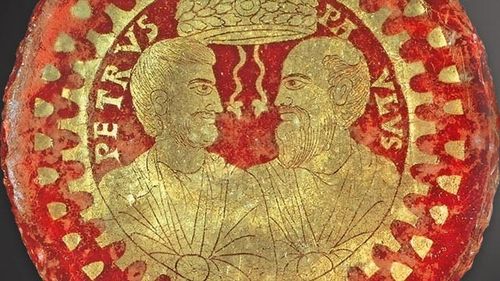 Image courtesy of the 'Credo' website.
The British Library is very pleased to be able to support this exhibition. Credo: Christianisierung Europas im Mittelalter is open in Paderborn until 3 November 2013, and is definitely worth a visit. In-Credo-ble: sorry, couldn't resist!