The Lady of the Mercians

Some of you may already have watched the first episode of Michael Wood's new series, King Alfred and the Anglo-Saxons, which is still available on the BBC iPlayer. (We're very hopeful that the whole series will eventually be broadcast worldwide.) 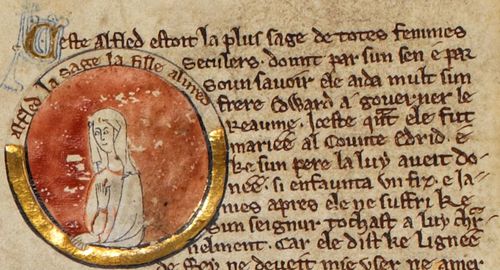 Detail of Æthelflæd, Lady of the Mercians, from a 13th-century genealogical chronicle (London, British Library, MS Royal 14 B V). 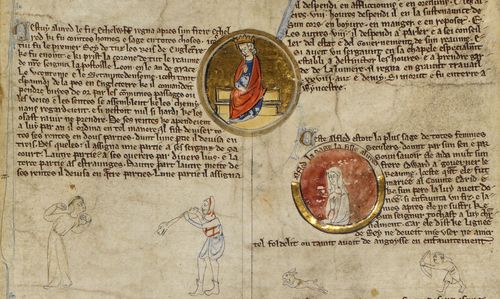 Episode two will be shown tonight on BBC Four (21.00–22.00), and is entitled "The Lady of the Mercians". Æthelflæd (d. 918) was the daughter of Alfred of Wessex, and the wife of Æthelred, ealdorman of Mercia. Having become sole ruler of the Mercians following her husband's death in 911, Æthelflæd is credited with helping to reconquer the Danelaw (the English lands under Viking rule) in tandem with her younger brother Edward the Elder, king of Wessex (reigned 899–924). As Michael Wood concludes, without her "England might never have happened". 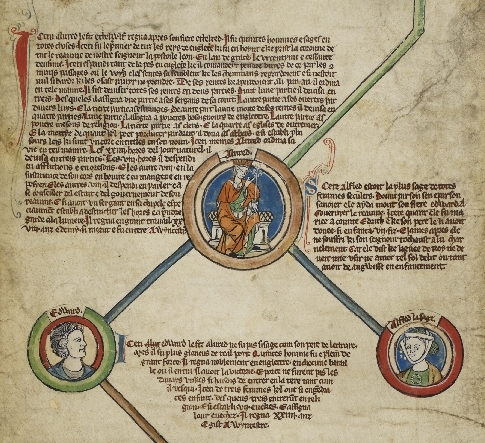 Episode three of Michaels Wood's King Alfred and the Anglo-Saxons will be shown next week. Many of the manuscripts featured in the series are held at the British Library, and some of them can be explored in more detail on our Digitised Manuscripts site or the Catalogue of Illuminated Manuscripts. 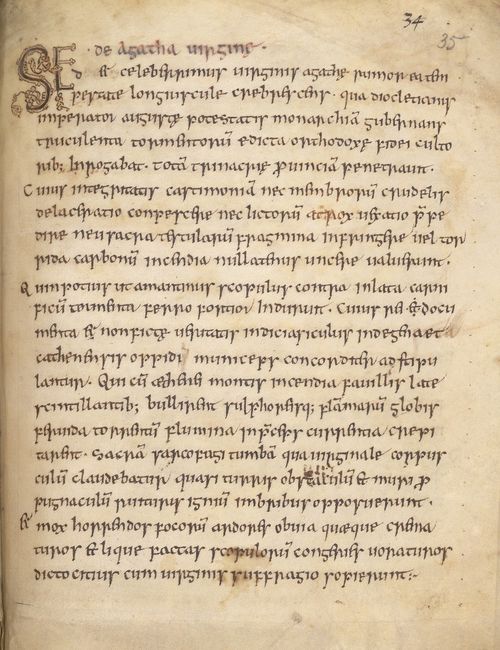