Marvellous Manuscripts from the Levant

Identifying the date and origin of Greek manuscripts can be very tricky. Sometimes, a scribe with an eye to posterity will note the date he completed the manuscript and, if we’re very lucky, the place, too. We might also get a clue based on the location of the manuscript before it was acquired by the British Library, but manuscripts travel, and many Greek manuscripts may have circulated quite widely since the time they were first created. So, how do we figure out where and when a given manuscript was made, if we don’t have any obvious clues?

Two of the Greek manuscripts recently digitised by the British Library share common palaeographic and iconographic features. One, Add MS 37002, contains a colophon on f 253v which gives us a year, 1314-1315, in which the manuscript was likely written (though this is not certain). The other, Add MS 26103, is not quite as helpful - though there are a number of erased inscriptions on the final leaf of the volume, there’s no indication of a date or location.

However, we can with reasonable confidence assign a general location to both of these manuscripts, and suggest a date in the first half of the 13th century for Add MS 26103, based on some shared features between the two and a larger group of manuscripts now dispersed in libraries around the world. 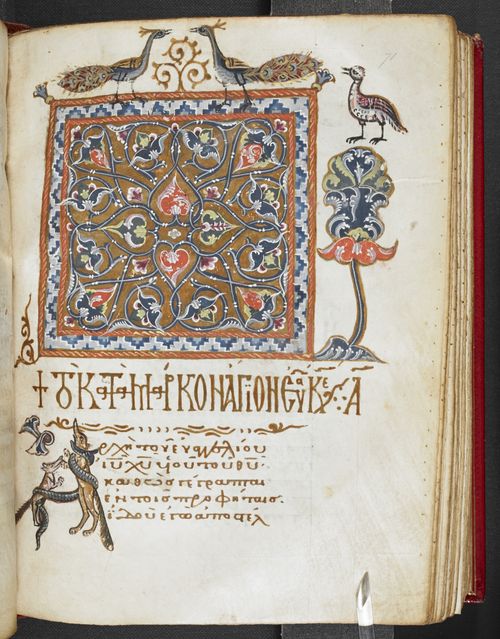 A large group of illuminated manuscripts form what is now referred to as the “decorative style” group. These manuscripts are characterised by similarities of decoration and illustration, for example, the elaborate headpieces that resemble carpets, or the distinctive features of illuminated portraits of the Evangelists – note in particular the elongated face of John the Evangelist in these examples, combined with the distinctive backgrounds. Excitingly, a number of the manuscripts that form part of the decorative style group contain colophons indicating that they were created in Cyprus or Palestine. The scholar Annemarie Weyl Carr, who has studied this group extensively, has also divided the manuscripts into subgroups, such as the “Interregnum subgroup”, which includes Add MS 26103 and which is dates to the first half of the 13th century (to the Byzantine interregnum). 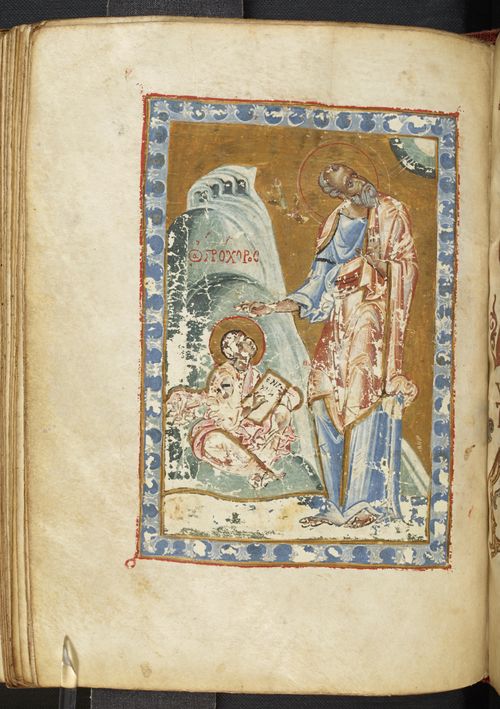 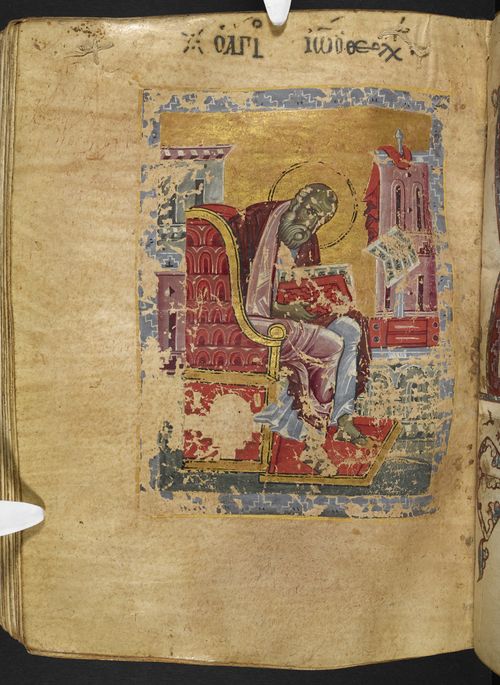 Similar conclusions can be reached on palaeographical grounds. Paul Canart identified two distinct, but closely related, styles of Greek minuscule that diverge from the mainstream of Greek bookhands. These styles, which Canart called “rectangular epsilon” (le style epsilon rectangulaire) and “rounded epsilon” (le style epsilon arrondi). Many of the examples of these two hands are to be found in manuscripts of the “decorative style” group, a further way of linking these manuscripts with the broader Palestino-Cypriot region. As you can see from these examples, Add MS 26103 can be assigned to the rectangular epsilon style, while Add MS 37002 is an example of the rounded epsilon style. The two letters are clearly very similar, but the one in Add MS 37002 is a little more rounded.

Taken together, these palaeographic and iconographic markers greatly help us to identify the location and date of the creation of these manuscripts.