In July we told the story of how the three parchment fragments of the Ely farming memorandum were re-united in the 1920s through a remarkable act of sleuthing by an Anglo-Saxon scholar, Professor Stenton of Reading.  While updating our online catalogues in the British library, we regularly come across remarkable characters who have studied our manuscripts in the past, or who have owned them at some stage during their lifetime.

Here is another example of skilful detective work, this time by a French manuscript scholar, Monsieur Leon Maitre, in the late nineteenth century, who travelled from Brittany to Yorkshire to track down the Quimperlé Cartulary (Egerton MS 2802). 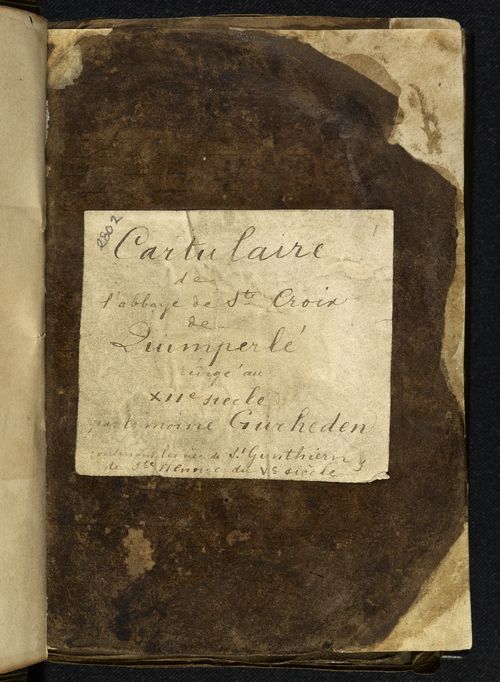 Former binding with label stating that the cartulary  was compiled in the 12th century by the monk Gurheden, Egerton MS 2802, f. i recto

This unprepossessing manuscript with only rudimentary decoration is of great interest to historians of Brittany, as it contains unique historical records of the Abbey of St Croix and environs in the 11th and 12th centuries.  For this reason it has recently been fully digitised, and can be viewed here. 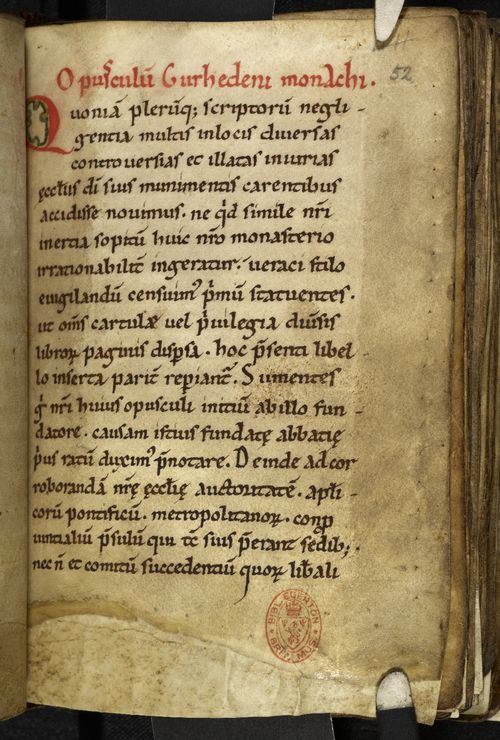 Perhaps more interesting than its contents is the story of how it came to the British Library, a tale that could be straight out of the Scarlet Pimpernel!  In his introduction to the edition of 1904, the French scholar Leon le Maitre writes in the rather quaint academic French of the period that he is obliged to re-tell the ‘historique des peregrinations’ (the tale of the wanderings or pilgrimages) of the manuscript.  Apparently when the monastery was the object of ‘la rage destructive des révolutionnaires’ (the destructive rage of the revolutionaries) Brother Davau, one of the monks, escaped with this precious document and a few personal effects.  With no means of support, he fell ill, and was tended by the kindly Dr Le Guillou of Nantes, to whom he bequeathed his only precious possession (‘la seule richesse qui lui restât’) as a sign of his gratitude.  Le Guillou’s son sold it in 1836 to a Paris bookseller which was frequented by an English scholar, a Mr Stapleton. So our cartulary ended up in the collection of Lord Beaumont, nephew of Mr Stapleton, at Carlton Towers in Yorkshire, where it was kept (and mislaid among many old books and documents) during the remodelling and reconstruction of his magnificent new residence. 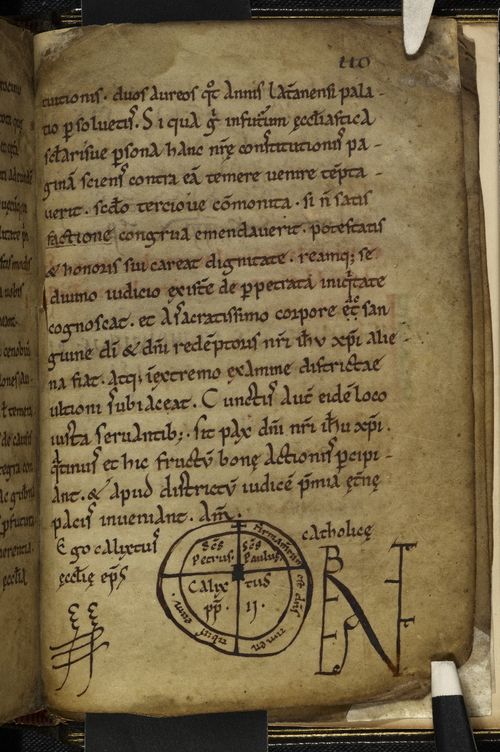 Fortunately, the pre-eminent French manuscript scholar, M Léopold Delisle of the Bibliotheque Nationale of France, kept his eye ('son oeil vigilant') on important French historical documents and so was aware of the situation.  In 1881 he and the French Ministre d’Instruction Publique sent M le Maitre on an important mission: to find and make a transcript of this lost treasure of the patrimony of Brittany. The most difficult part of the mission was to get an entrée into English high society, which was finally provided by the Marquis de la Ferronays, who by a happy chance was in London at the time as military attaché to the French Embassy. He made the introduction and our French sleuth set off for Yorkshire, where he was once again fortunate to encounter a Monsignor Goldies, the local Catholic priest, whose brother had married a lady from Nantes, and who was therefore well-disposed towards him.  He introduced Monsieur le Maitre to the Dowager Lady Beaumont, who was living alone at Carlton Towers at the time. 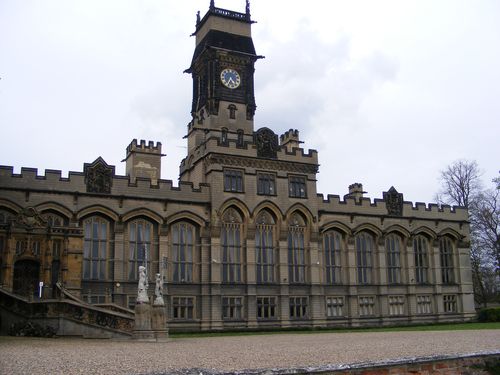 Carlton Towers, Yorkshire, as it is today – many rooms to search! Photo by William Thomas, 2009, via Flickr Creative Commons

With ‘bonne grace’ she allowed him the free run of all the many rooms in her home, and he was free to ferret around among all the chests and cases of old books and documents, which were in some disarray.  After eight days of searching, Lady Beaumont decided it was time to intervene, and finally emerged triumphant with a modest, yellowed booklet, untitled and unbound, which she had found in the middle of a pile of newspapers and brochures. It was the Quimperlé Cartulary!  Mr le Maitre was able to make his edition and subsequently the manuscript was bought by the British Museum from Lord Beaumont’s successors.  The funds used were from the bequeathed by Francis Henry Egerton, 8th Early of Bridgewater, and so it is part of the Egerton collection.

Full digitisation of the manuscript means that now French and other scholars will be able to study the contents in detail on our Digitised Manuscript here.