Do you suffer from asthma, warts or hiccups? Are you fed up with modern medical remedies? If so, we are pleased to tell you that How to Cure the Plague and Other Curious Remedies, by Julian Walker, has just been published by the British Library. Here the author describes for us the state of Anglo-Saxon medicine. 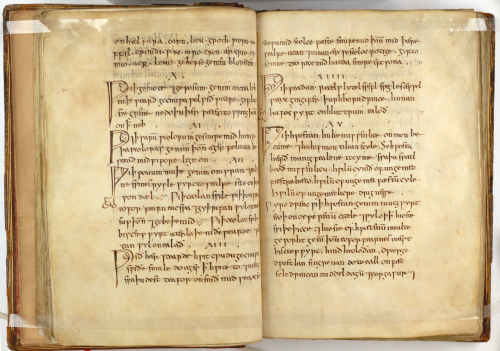 Medicine in Anglo-Saxon England was a complex mix of charms, the remnants of classical theories and practice, pragmatic folklore, and faith-healing; despite a longstanding reputation for worthlessness, it was perhaps more based on observation than the reliance on astrology and the theory of humours that marked the medicine of the later medieval period. Sometimes the presence of an odd superstition colours the whole, for example in a fairly accurate account of foetal development, which ends by suggesting that a foetus unborn after the 10th month could be fatal to the mother, but mostly on a Monday night. But there are frequent records of practices which are eminently sensible and probably effective.

The oldest surviving medical documents in Old English are from the 9th century, but there is evidence that older texts were not all in Latin. Bald’s Leechbook, Leechbook III and Lacnunga are the most complete texts, all of them in the British Library. Bald’s Leechbook contains some of the best Mediterranean medicine from the 3rd to the 9th centuries, so the learning was by no means isolated. While some of the herbs mentioned in the texts were only available around the Mediterranean, there are directions for the use of materia medica traded from distant areas, frankincense, pepper, silk, ginger and myrrh.

500 years after the collapse of the Roman Empire in the west, medical practice relied less on the theories of Galen and Hippocrates, but there remained the process of diagnosis by urine-examination and the therapy of balancing the humours by bleeding. Bloodletting was widely used, sometimes causing infection itself, which was treated by herbal poultices; if the bleeding got out of control it could be stopped with horse-dung. A practical side to the control of infection is seen in the injunction not to let blood in summer, when infection would be most likely. There are warnings against taking too much blood, for example ‘if you let too much blood then there is no hope for his life’; presumably this happened on occasion. 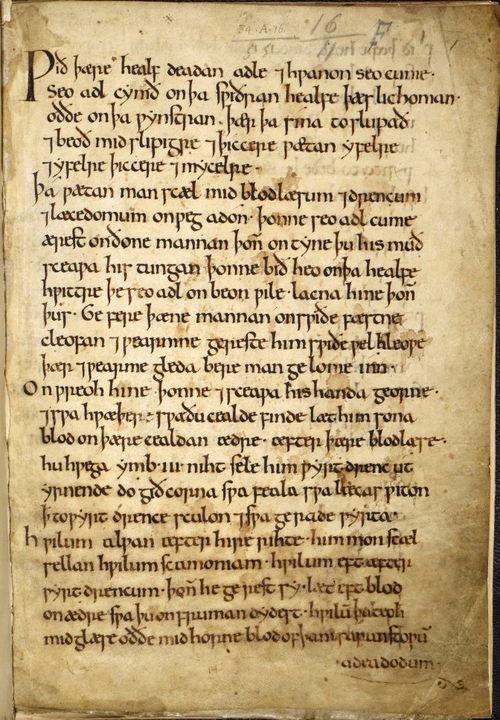 There is little documentation of surgery, compared to other forms of healing, though the archaeological record indicates some successful trepanation, and later there are some gruesome images of how to treat haemorrhoids. The use of splints for broken limbs is mentioned only twice, texts offering salves and poultices as treatment for fractures. Wounds are to be sewn up with silk, which would gradually dissolve – there is even a description of surgery to correct a harelip. Poultices that had antiseptic effects were applied over sutured wounds, with herbs such as lesser centaury used to help healing.

The use of herbs, individually or together, was of great importance in medicine at this time; though there are difficulties in finding exactly corresponding names in the modern flora, many common native plants found some use in medicine. Imported plant matter was often added, so that a recipe in the Lacnunga for a wen salve includes pepper and ginger as well as radish, chervil, fennel, garlic and sage, in a list of 16 plants. Tested through the centuries, herbal remedies connect the past to the present – Bald’s Leechbook contains a recipe for a nettle-based ointment for muscular pain, similar ointments being commercially available now. Leechbook III contains a large number of remedies using only native ingredients; their names are not Anglicised Latin names, implying that this reflects a largely home-grown practice.

Materials other than herbs were also in use. One recipe, quoted in How to Cure the Plague, recommends eating buck’s liver for night vision loss, and indeed the Vitamin A in liver would help this condition. Unlike in Mediterranean medical practice, the use of animal faeces is recommended only rarely, but spittle, snails, urine, worms, weevils and ants are called for, as well as the less startling pigeon’s blood, lard and ale. On occasions the improbable and the feasible were combined, one recipe for a burn including silver filings, bear’s grease, thyme, rose petals and verbena. 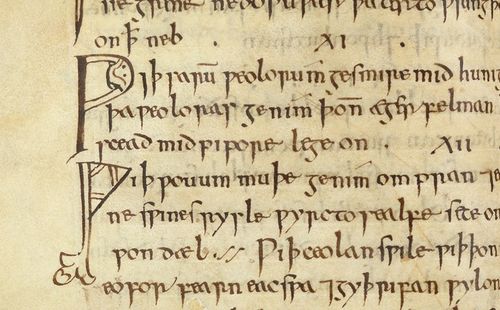 Though learning was largely connected to the church, not all physicians were clerics. Prayers and charms were both used, but possibly the charms were less likely to be adminstered by priests. No doubt many charms worked through assurance and faith. One area that has interested me for a long time is the process of healing by touch at a remove. Bede, writing in the 8th century, tells the story of the death in battle of the Christian king Oswald, whose body was mutilated and set on a stake; people took soil from the place, put it in water, and used this to relieve the sick. While raising questions about the nature of touch and its continuing relevance (the desire to touch celebrities, the fascination of the possessions of the famous), this also provides an exact mirror to germ theory, and a model for both contagion and healing.

In our world of healthcare systems in crisis and general reliance on prescription or non-prescription medicines and a variety of alternative therapies, we are not so far from the charms and prayers, the herbal folklore and amulets of the Anglo-Saxons. Their frequent use of the number nine in healing rituals (charms or prayers are directed to be repeated nine times) may have been a way of marking the period of time for a salve to take effect or a mixture to boil, or may have been a ritual. A shadow of the ritualistic element perhaps survives in directions for antibiotics to be taken ‘three times a day for seven days’.