One of our latest uploads to the Digitised Manuscripts website is this exquisite copy of the Psalms which dates from the middle of the ninth century and takes its name from Lothar I, the grandson of Charlemagne and successor to half of his kingdom. 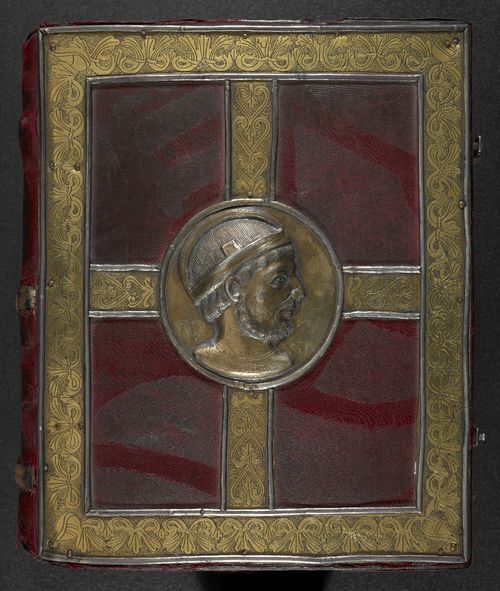 Binding of the Lothar Psalter with a large silver-gilt medallion showing a head in profile wearing a crown or helmet; it is believed to be from the 9th century and may represent the Emperor Lothar, Add MS 37768, upper binding

Following a prayer in gold and red on the opening folios is a full page portrait of the Emperor Lothar wearing a cloak decorated with precious stones. On the page opposite is a dedicatory poem to Lothar written throughout in gold capitals. 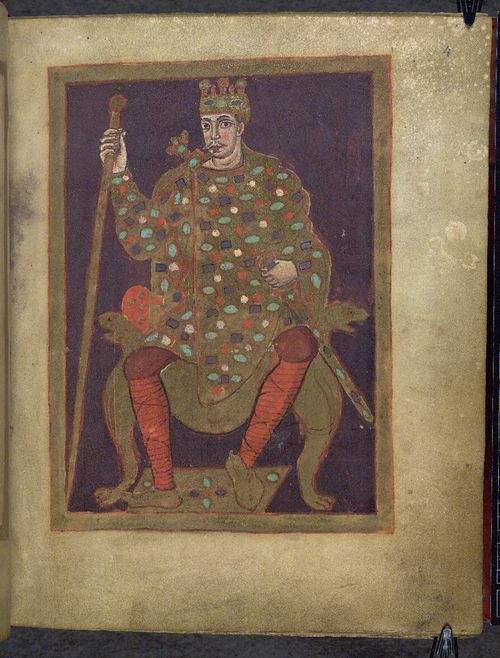 Following the miniature of Lothar - and in the same style - are portraits of King David and St Jerome, whose translation of the Bible into Latin was the standard version used throughout Christendom in the Middle Ages.  Here Jerome is shown holding a book with a jewelled cover, perhaps representing a copy of his translation. 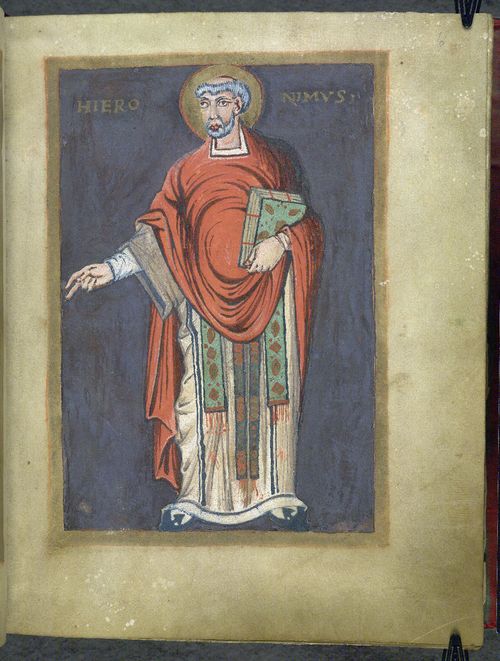 The artist or artists responsible for the Psalter deliberately portrayed Lothar in the company of two of the most important religious leaders of the past, who represent power and knowledge. This manuscript was produced either at the imperial court of Aachen or by the monks of the abbey of St Martin, Tours, who made a series of exquisite books for the Imperial family, and was clearly a luxurious production.  Every word in the entire manuscript is written in gold, and every tenth Psalm opens with a full-page ornamented initial in the Franco-Saxon style. 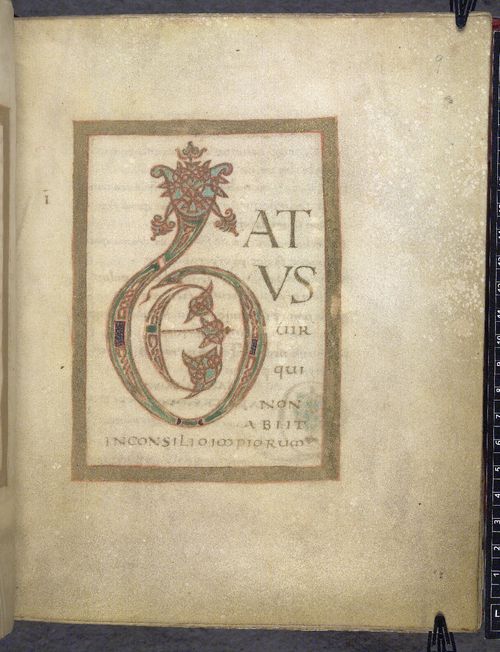 This initial is followed by folio after folio of beautiful Carolingian script, punctuated by finely decorated initials in green, red and gold. 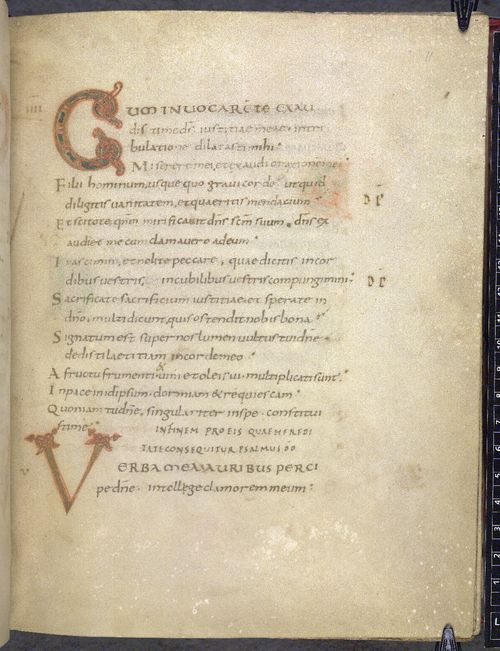 This was no doubt a prized family possession, as the opening prayer is believed to have been composed by a sister or daughter of Lothar.  It was passed on to the Abbey of St Hubert near Liège and is believed to have been stolen from the abbey in the eleventh century.  Fortunately it was eventually recovered, and was rescued during the French Revolution by Dom Etienne, a monk of St Hubert.  There is no record of how it came to England, but it was owned by Sir Thomas Brooke of Huddersfield, who bequeathed it to the British Museum in 1908. 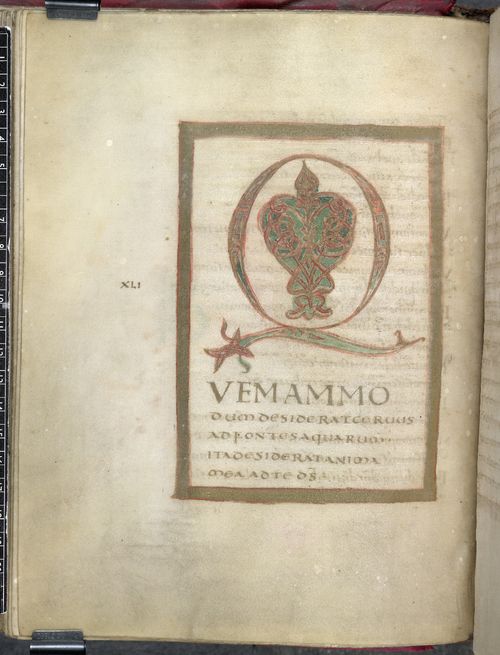