It's 30 November, the feast-day of St Andrew the Apostle and the national day of Scotland. The brother of St Peter, Andrew is considered the founder and first bishop of the church of Byzantium. According to the Gospel of St John the Evangelist, Andrew had been a disciple of John the Baptist, before becoming a follower of Jesus, and being present at the Last Supper. St Andrew is said to have been martyred by crucifixion at the city of Patras, reportedly by being bound to the cross rather than nailed to it; but a tradition later emerged that Andrew had in fact been crucified on a saltire or x-shaped cross, as he felt himself unworthy to be crucified on the same type of cross as Jesus. 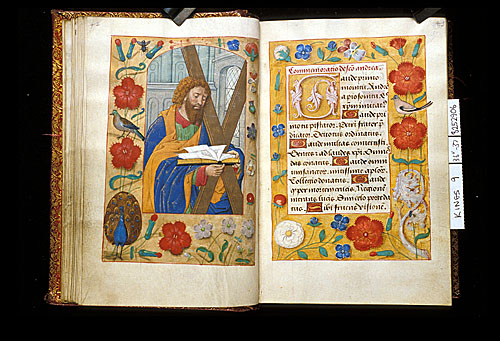 Andrew is believed to have become patron saint of Scotland in the 10th century. A legend states that relics of Andrew were brought at that time from Constantinople to Scotland, and carried to the place subsequently named St Andrews. Since 2006, St Andrew's Day has been celebrated in Scotland with a public holiday (or bank holiday), which this year is on 2 December as the feast-day falls on a weekend.

To celebrate St Andrew's Day, here is a selection of medieval images of St Andrew from the British Library's Catalogue of Illuminated Manuscripts. You can find more by searching that site, and typing "Andrew" in the keyword box. Which one will be your favourite? 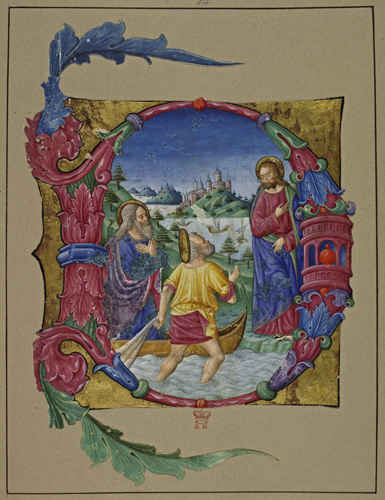 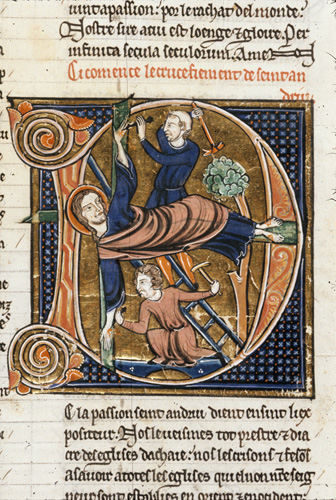 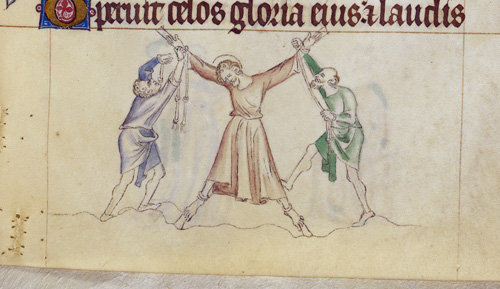 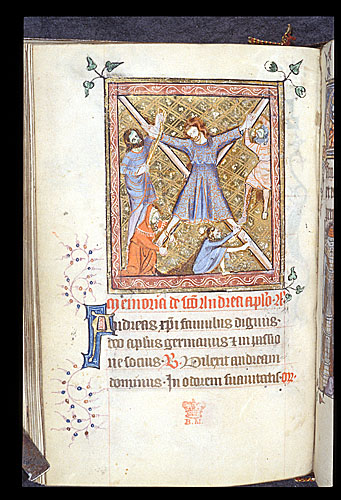 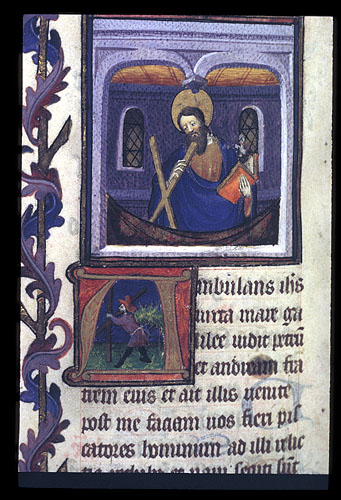