For more on this ongoing series about medieval saints, see our post Saints' Lives...and Deaths.

Today is the feast day of St Apollonia, an early Christian martyr. While relatively unknown in the modern era, St Apollonia – and her gruesome torture – was frequently depicted in medieval art. 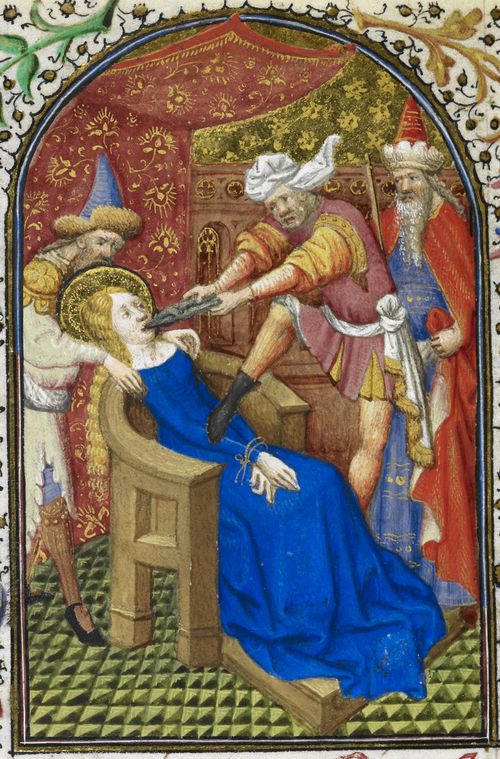 We know of Apollonia through a letter written by Dionysius, the Bishop of Alexandria from 247 to 265, which is preserved in extracts in Eusebius’s Church History. According to Dionysius, during the festival to commemorate the first millennium of the Roman Empire in about the year 249, a local poet prophesied a pending ‘calamity’. Spurred by fear, the pagan majority then carried out a series of attacks against the local Christians, many of whom were tortured and put to death. After describing these horrors, Dionysius continues: ‘At that time, Apollonia, the parthénos presbûtis [or virgo presbytera, which probably indicated that she was a deaconess in the Christian community] was held in high esteem. These men seized her also and by repeated blows broke all her teeth. They then erected outside the city gates a pile of faggots and threatened to burn her alive if she refused to repeat after them impious words (either a blasphemy against Christ or an invocation of the pagan gods). Given, at her own request, a little freedom, she sprang quickly into the fire and was burned to death’. Detail of a miniature of St Apollonia holding a tooth, at the beginning of her suffrage, from the Hours of Jacques de Brégilles, Netherlands (Bruges), c. 1460, Yates Thompson MS 4, f. 190v

As is the case with many of the early martyr saints, the actual moment of Apollonia’s death is rarely shown. Instead, many of the images that survive represent the torture she suffered prior to her death, but rather than the troubling tooth-breaking scene described in the letter of Dionysius, most images represent her teeth being removed by pincers, or show her holding an ominous pair of tongs. Unsurprisingly, Apollonia is the patron saint of dentistry and those suffering from toothache, and in the medieval era she was frequently included in Books of Hours and other suffrages. A few of our favourite British Library images are below; we wish you a painless St Apollonia’s Day! 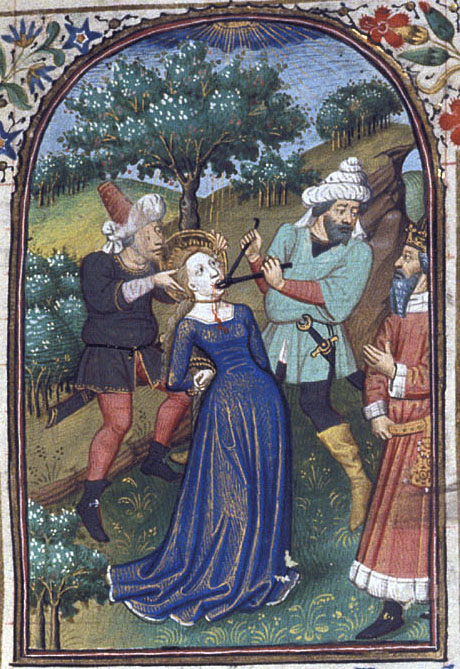 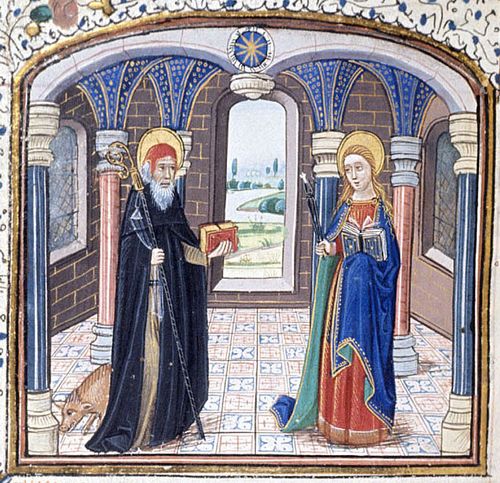 Detail of a miniature of SS Anthony and Apollonia, at the beginning of their suffrages, from a Book of Hours, Netherlands (Bruges), c. 1465, Harley MS 1211, f. 90v 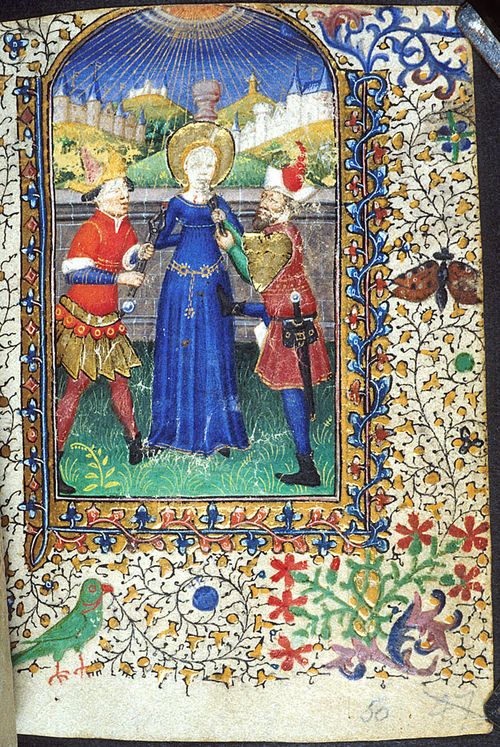 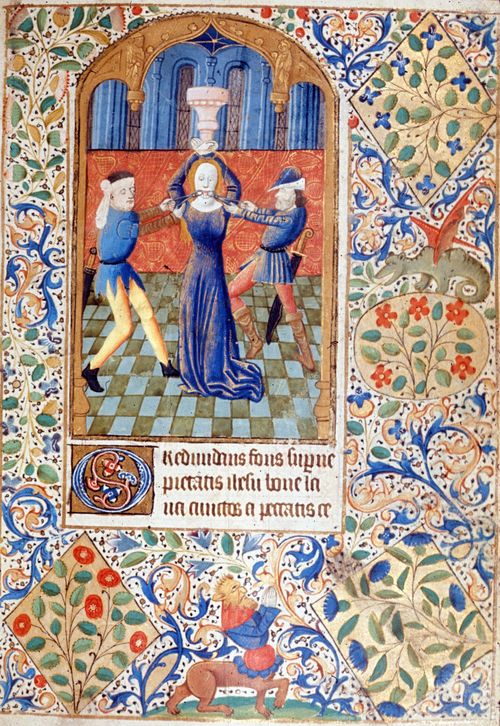