The Royal Manuscripts project team are pleased to announce that with the publication of 1000 Years of Royal Books and Manuscripts, edited by Kathleen Doyle and Scot McKendrick, published by British Library Publications, the AHRC-funded follow-on to the Royal Manuscripts research project has been successfully concluded. 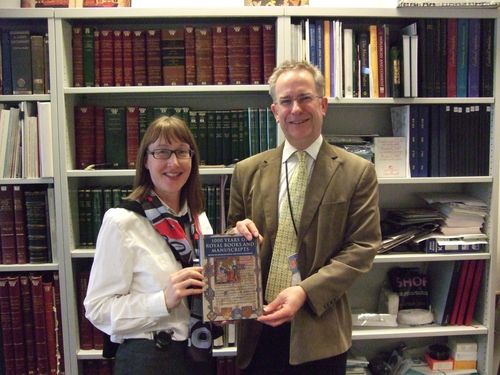 In February 2012, the AHRC made an additional grant to the Library under the Digital Equipment and Database Enhancement for Impact scheme, to enhance the research undertaken for the original Royal: Illuminated Manuscripts of the Kings and Queens of England project, and its dissemination.  As a digital enhancement project, the principal goal was to augment the resources on Royal manuscripts available to researchers on the British Library’s Digitised Manuscripts website.  Regular readers of the blog will know that we have published regular updates on the project of this digitisation (see the links at the end of this post). 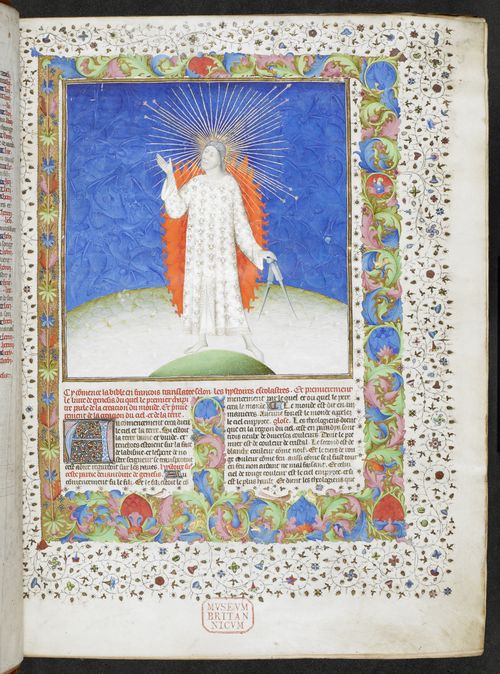 The goal of the follow-on project was to provide freely-accessible full online digital coverage of 24,750 pages from approximately 40-50 manuscripts featured in the Royal Manuscripts: The Genius of Illuminated exhibition held at the British Library 11 November 2011-13 March 2012.  This objective was met and exceeded with 71 manuscripts now available on the website.  Thanks to all of you who provided ideas for digitisation selection. 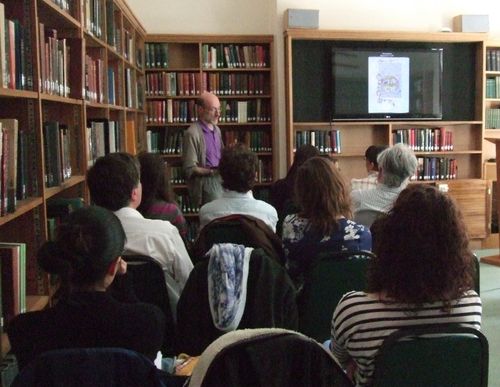 The project had two other objectives.  The first was to convene two workshops to allow students and scholars to build on the existing research undertaken as part of the Royal project by analysing texts and images of these manuscripts in collaboration with other researchers.  One workshop was held at Durham University on 6 June 2012, hosted by Professor Richard Gameson, Department of History.  At the workshop eleven undergraduate students presented papers on manuscripts included in the Royal exhibition, and Roger Middleton, Lecturer Emeritus, Department of French Literature at the University of Nottingham, presented a live display of the new research capabilities of the Digitised Manuscripts website.  The second workshop was designed for post-graduate students, and was held in London on 9 November 2012.  This workshop explored the research possibilities of digitisation in a seminar examining three original manuscripts together with their magnified digital images.

The third output was the publication of the book, which is a collection of ten essays on the development of Royal libraries, enhancing and building on the research completed for the initial Royal project.  Two of the essays (by Richard Gameson and Catherine Reynolds) were drawn from the new research presented at the Frank Davis lecture series held at the Courtauld Institute of Art in autumn 2011.  Four (by Michael Wood, Nicholas Vincent, John Goldfinch, and Jane Roberts) grew out of lectures given as part of the British Library lecture series accompanying the exhibition.  One (by James Carley) is on a royal manuscript that was once a part of the Old Royal Library but was not included in the exhibition, and so his research is presented in the volume for the first time.  The remaining three contributions (by Joanna Fronska, Scot McKendrick, and Kathleen Doyle) build on research that was undertaken for the initial Royal Manuscripts project presented in the exhibition catalogue.  Thanks to the grant provided by the AHRC, the book is extensive illustrated with ninety-four colour illustrations.