What's your favourite map? This is our's (at least, today it is, next week we'll doubtless have a different one). 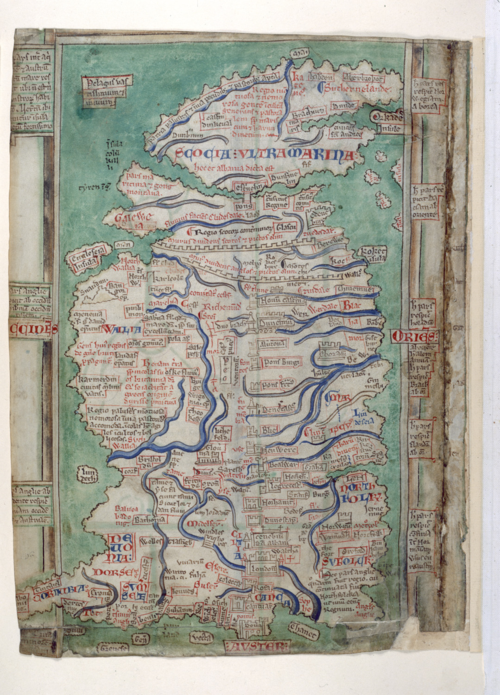 Look closely, and you can just about discern the shape. Can you guess what it is yet? It's a medieval view of Britain, one of four surviving maps by Matthew Paris, historian and cartographer at St Albans Abbey. Scotland is shown at the top, joined to the rest of the British mainland by a bridge at Stirling ('Estriuelin pons'). Moving southwards are depicted two walls, one dividing the Scots from the Picts (the Antonine Wall) and the other the Scots from the English (Hadrian's Wall). Along the spine of the map is a series of English towns, including Newcastle ('Nouum castrum'), Durham ('Dunelmum'), Pontefract ('Pons fractus') and Newark ('Neuwerc'), culminating with London, Rochester, Canterbury and Dover ('Douera'), a castle located in the centre of the South coast of England. Wales ('WALLIA') is sited in just about the right place, with a sequence of jagged lines representing Mount Snowdon ('Snaudun'); diagonally opposite is Norfolk and Suffolk, and the towns of Norwich (a metropolis, no less), Lynn and Yarmouth.

This particular map is now bound separately (London, British Library, MS Cotton Claudius D VI, f. 12v), but it once belonged to a manuscript of the Abbreviatio Chronicorum of Matthew Paris, dating from the 1250s. There are less complete maps of Britain by Matthew Paris in two other St Albans' manuscripts held at the British Library, Royal MS 14 C VII and Cotton MS Julius D VII, and in another at Corpus Christi College, Cambridge (MS 16). You can read more about these maps in Suzanne Lewis, The Art of Matthew Paris in the Chronica Majora (Aldershot, 1987), pp. 364-72; but meanwhile here are some more details of the version in Cotton Claudius D VI. It's worth bearing in mind that Matthew Paris did not have satnav, GPS or an A-Z, and that he had never visited the vast majority of the places recorded on his maps. 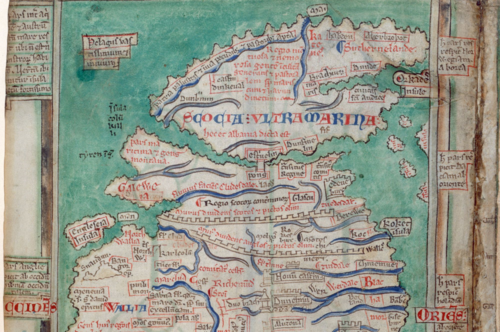 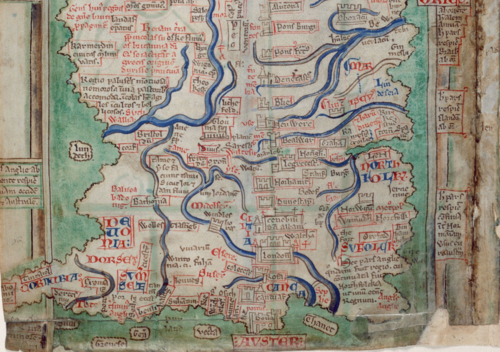 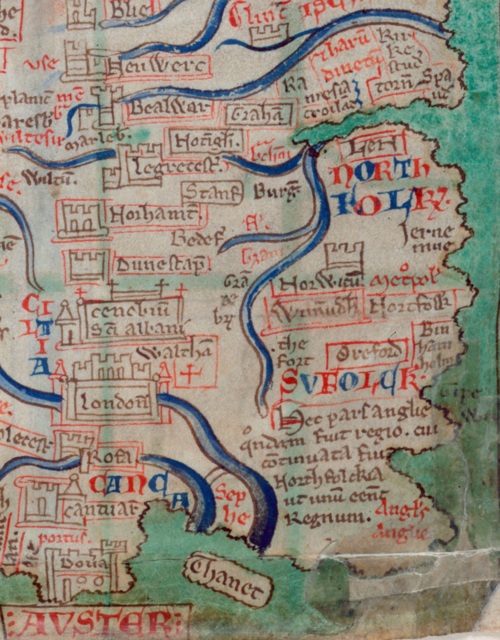