As you may have already seen if you follow @BLMedieval on Twitter, we have just uploaded images of one of the British Library's smallest but most important medieval music manuscripts onto Digitised Manuscripts. 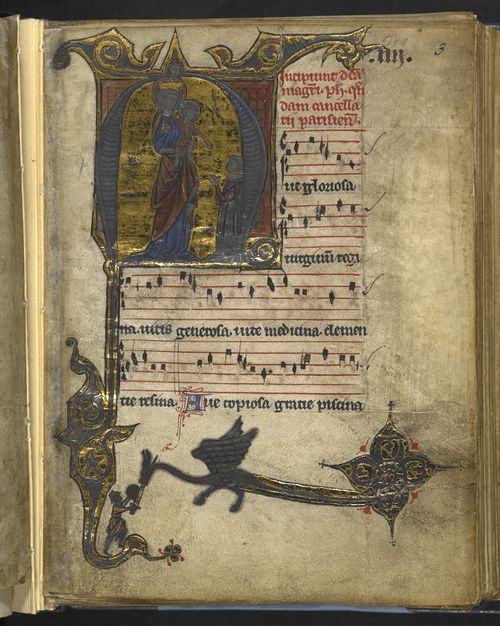 Egerton MS 274 is a fascinating and unusual collection of secular songs and liturgical music in French and Latin, written in northern France in the thirteenth century. The pages measure 15 x 10 cm, making this a perfect pocket-book for an individual singer. Some of the pieces are set for two different voices, though, which would have needed careful handling. You can read more about the contents at Trouvère Songs Online. 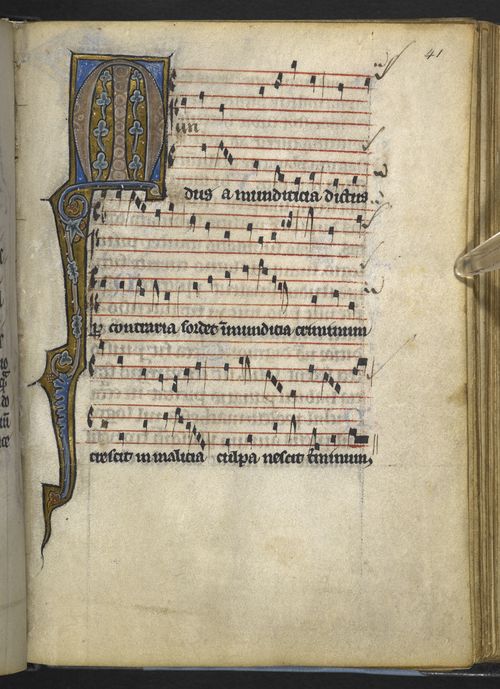 A two-part conductus 'Mundus a mundicia', from a musical miscellany in French and Latin, Egerton MS 274, f. 41r

The manuscript is one of the major sources of French chansons of the Trouvères, but frustratingly most of the first stanzas of the songs – as well as quite a number of the melodies – have been scraped away by a fourteenth-century scribe and replaced by Latin plainchant. 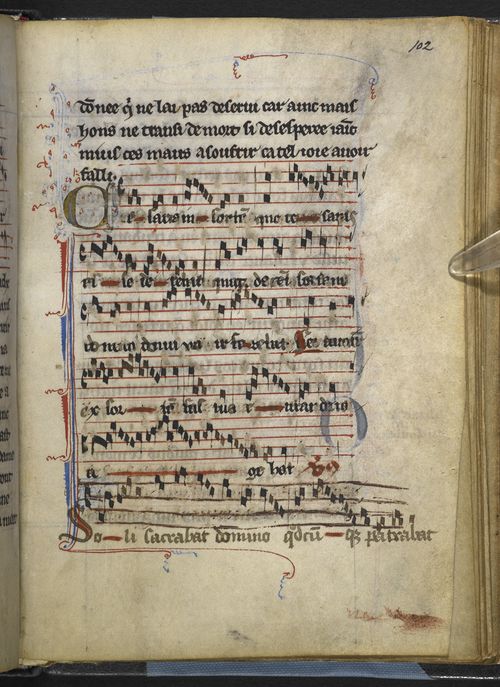 The words and music of a French song scraped away and replaced by a Latin responsory chant, from a musical miscellany in French and Latin, Egerton MS 274, f. 102r

The book started life probably in the 1260s as a seamless collection of songs of divine praise and songs of courtly love, presumably intended for a noble patron who was as much involved at church as at court. A later owner in the fourteenth century evidently had less time for courtly love, and changed the function of the book, making a much more ecclesiastical compilation in the process. 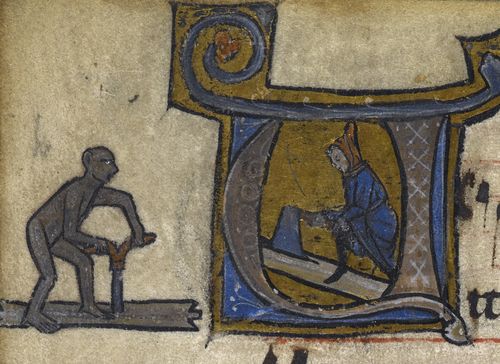 Detail of a miniature of a monkey at work, from a musical miscellany in French and Latin, Egerton MS 274, f. 37r

The manuscript contains a number of interesting miniatures throughout, including our favourite above, of a monkey at work - perhaps literally 'aping' the carpenter next to him.

We'll be adding some more medieval music manuscripts to the website over the next few months: keep an eye on this blog and our colleagues’ excellent Music Blog for more information.