In a blog post back in January (An Even Older View of the New World) we mentioned the Map Psalter, one of our manuscripts that had travelled all the way to Australia for an exhibition of maps in Canberra.  The exhibition, Mapping our World: Terra Incognita to Australia, is now over and we are happy to say that the Psalter, Add MS 28681 (and the other manuscripts that went with it) has returned safely to it shelf in the manuscripts storage at the British Library. And it is now fully digitised on our Digitised Manuscripts site. 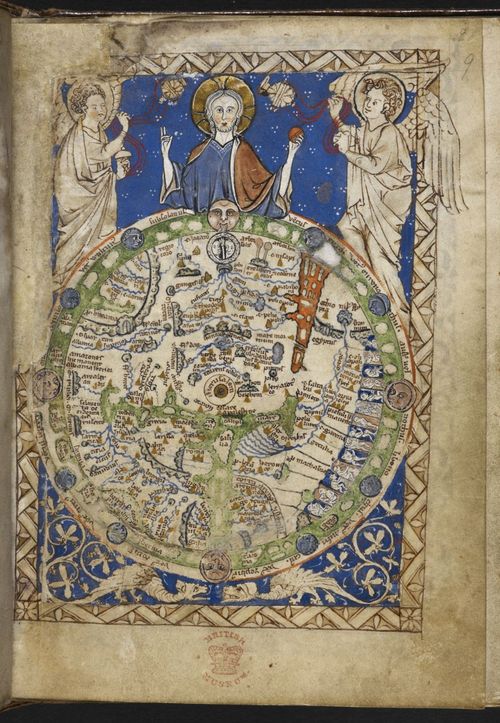 The Map Psalter gets its name from a very detailed map of the world on the first page, dating from the mid-13th century, one of the most important maps to survive from this period.  The world is represented as a flat circle, with Jerusalem in the middle.  The upper part of the circle is occupied by Asia, and the lower half divided into two quarters for Europe and Africa. Beneath Jerusalem it is quite easy to make out the names Roma, Grecia,  Dalmatia, Burgundia, etc.  The countries of the British Isles are discernable in the lower left quadrant, and despite the very limited space available one can make out rivers such as the Thames and Severn, and London is marked with a gold dot.

So, while the map is not accurate in our sense, it shows the places that were of interest to the people using it, and of course, most importantly, the earth is presided over by Christ and two angels: it is very much God’s creation.

There are indications that this manuscript was made in London and it has been suggested that the map may even be a miniature version of one that is known to have been painted on the wall of King Henry III’s bed-chamber in the Palace of Westminster. 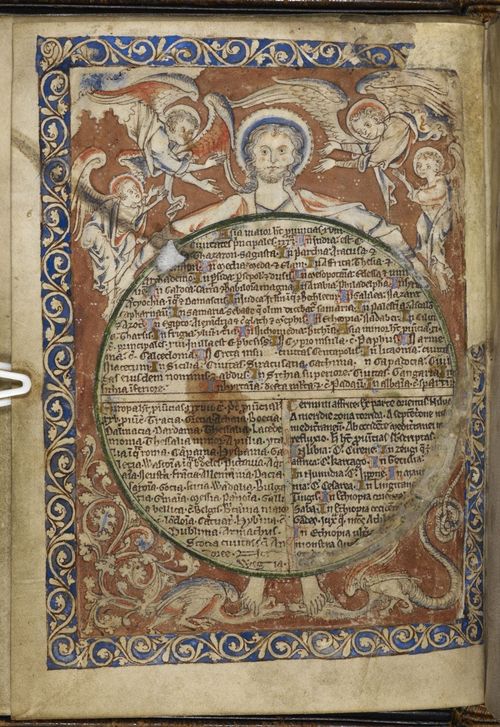 On the verso of the world map is this diagram of Christ with angels, holding a globe divided into the three continents containing the names of the principal kingdoms and cities of Asia, Europe, and Africa.

The two diagrams are followed by a table and then the calendar, which allows us to date the manuscript to after 1262, the year in which Richard of Chichester was made a saint, as he appears among the saints in the calendar page for June. Other saints in the calendar, for example the relatively obscure St Erkenwald, a seventh-century Bishop of London, added to the style of the decoration, seem to indicate that the book was probably made in or near that city.

The Psalms are decorated with historiated initials at the major divisions, including this image of Jonah at the beginning of Psalm 68.  He must have known he was going swimming as he has taken off all his clothes, and yet he clutches vainly at a tree while the whale has him by the foot – poor Jonah! 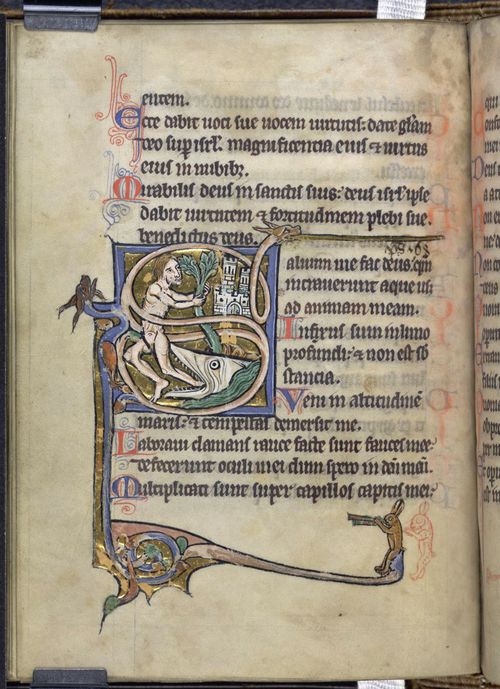 At the beginning of Psalm 97, the initial ‘C’ of ‘Cantate’ contains these three monks, who seem to be singing with great gusto, thoroughly enjoying themselves: 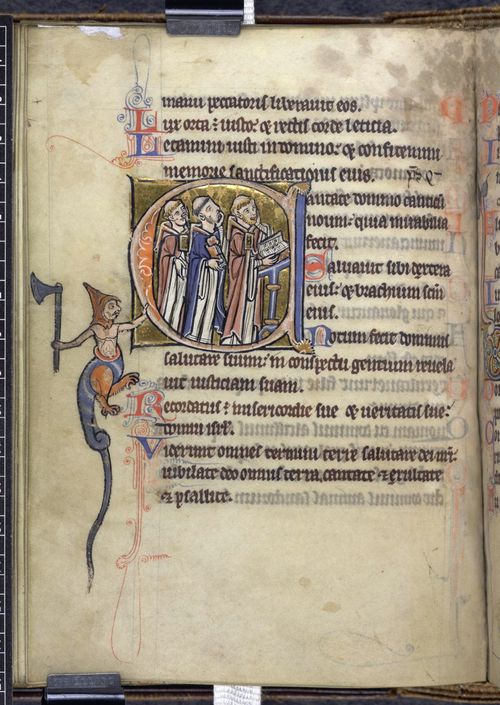 Following the Psalter-proper are petitions and collects, and then the Psalter of the Virgin or Ave Psalter, preceded by this full page image of the Virgin and Christ enthroned, with the Virgin’s feet resting on a lion. The Christ-child is in a curiously contorted pose, playing with his mother’s hair: 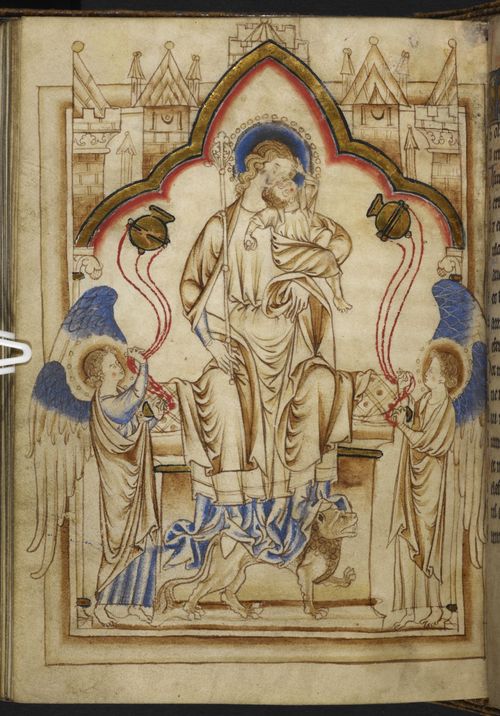 There follow a series of prayers to the Cross in Anglo-Norman French (ff. 212-217), whereas the rest of the Psalter is in Latin. At this time French was still the language of the English court.

A series of 6 full page miniatures on a gold background of scenes from the New Testament were added to the front of the Psalter.  They are different in style to the decoration within the Psalter, but date from the same period, or slightly later.  This one shows the Nativity with Christ in a chalice-shaped manger. 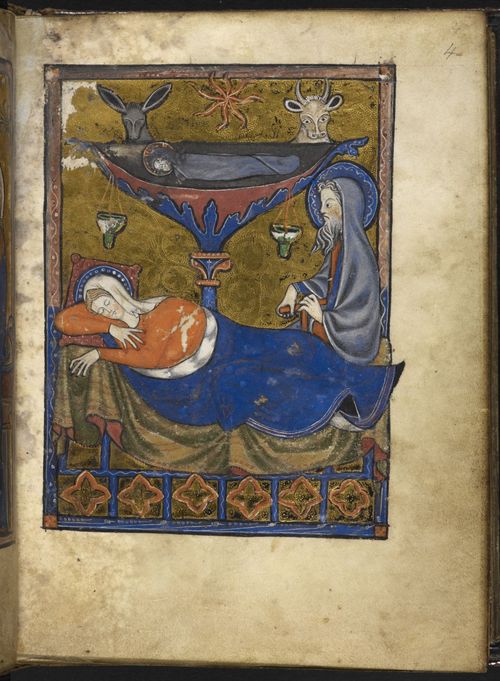 Welcome back to the Map Psalter!