We are delighted to announce another forty-four Greek manuscripts have been digitised. As always, we are most grateful to the Stavros Niarchos Foundation, the A. G. Leventis Foundation, Sam Fogg, the Sylvia Ioannou Foundation, the Thriplow Charitable Trust, the Friends of the British Library, and our other generous benefactors for contributing to the digitisation project. Happy exploring!

A much defaced miniature of the Psalmist, from a Psalter and Canticles, Eastern Mediterranean, early 11th century, Add MS 39586, f. 1v

Add MS 39586, Psalter and Canticles (Rahlfs 1090), with later additions on extra leaves, original and inserted, at beginning and end, and a much-defaced miniature of the Psalmist. Early 11th century.

Add MS 39594, Four Gospels (Gregory-Aland 551), with miniatures of the Evangelists. 12th century, with paper additions from the 15th century.

Add MS 39601, Revelation (Gregory-Aland 911), imperfect at the end, with a marginal commentary by Andreas of Caesarea, Commentarii in Apocalypsin (TLG 3004.001). Originally part of Add MS 39599 (cut out by the Hegoumenos of the Karakallou Monastery), but the hand of the text (perhaps not that of the commentary) is different and a good deal smaller. 11th century, possibly written at Mount Athos. 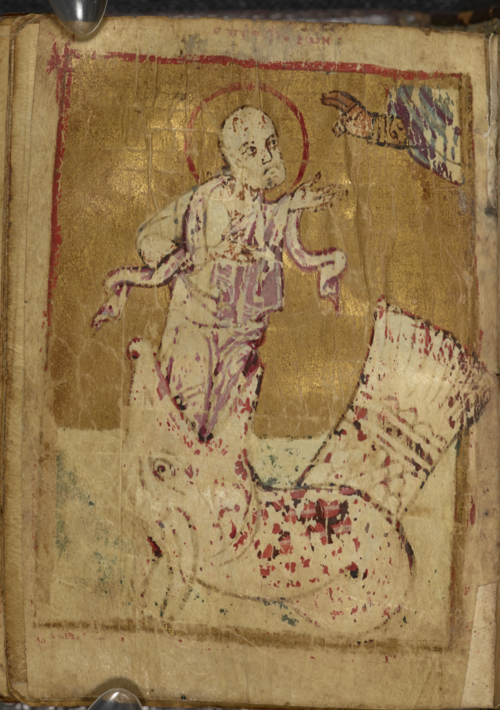 Miniature of Jonah cast forth by the whale, from a Psalter and Canticles, Palestine/Cyprus, 2nd half of the 12th century, Add MS 40753, f. 159v

Add MS 40753, Psalter and Canticles, with twelve full-page miniatures, a member of the ‘2400 family’ of Byzantine illuminated manuscripts. 2nd half of the 12th century, probably created in Palestine or Cyprus. 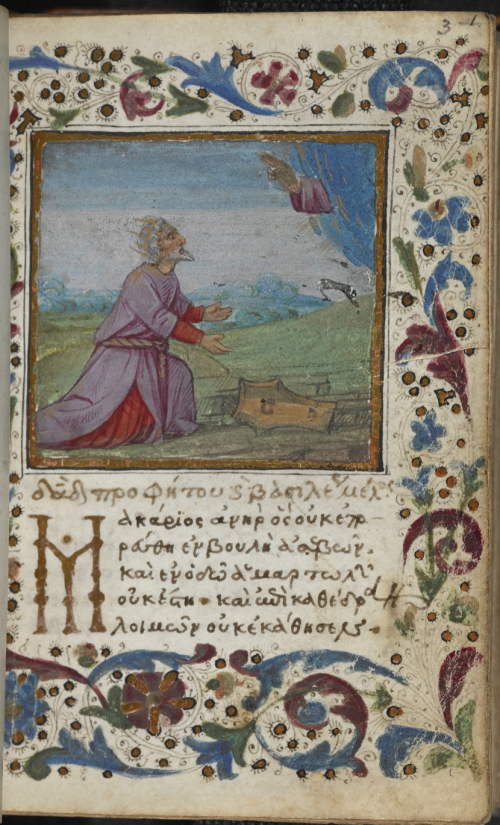 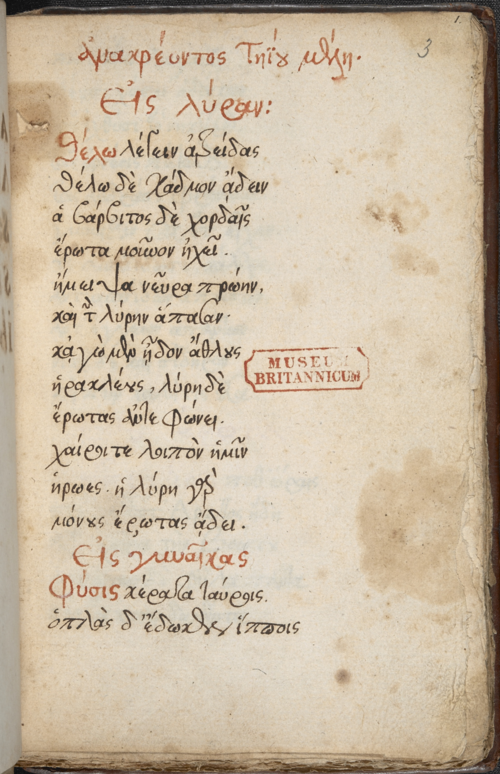 Beginning of the poems of Anacreon, from a collection of works by Greek lyric poets, France, 2nd half of the 16th century, Burney MS 61, f. 3r

Burney MS 70, Basil of Caesarea, De legendis libris gentilium (TLG 2040.002), and other works. Large initials in colour and gold, partial foliate border on f 1r similar to that in Burney 14. 4th quarter of the 15th century, written by Ioannes Skoutariotes at Florence.

Burney MS 89, Lycophron, Alexandra, with the commentary of Ioannes or Isaac Tzetzes, imperfect. 1st half of the 15th century, Greece. 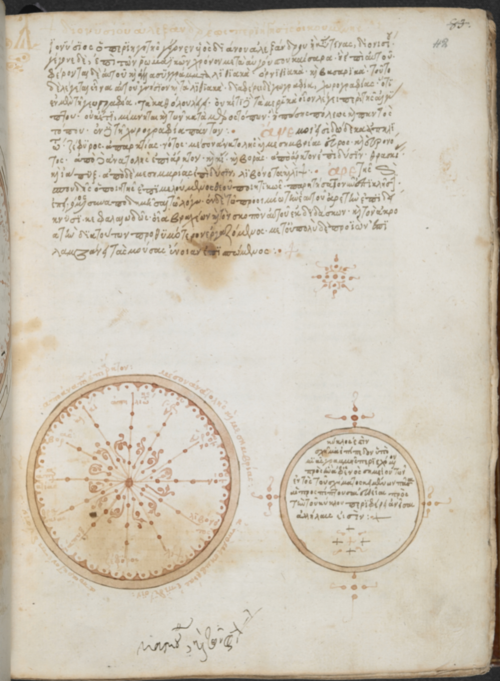 Life of Dionysius Periegetes including a note on the 12 winds, with diagram, from a manuscript of Pindar and geographical texts, Eastern Mediterranean, beginning of the 16th century, Burney MS 98, f. 42r

Egerton MS 2390, Sticherarion for the Immovable Feasts with musical notation, from February until 29 August, and of the Feasts of Triodion and Pentekostarion, attributed to Panagiotes the New Chrysaphes. 18th century, Greece.

Egerton MS 2392, The Divine Liturgies and ordination services. Full-page portraits of John Chrysostom, Basil, and Gregory. The manuscript is worm-eaten throughout. Written in Sopoto, Kalavryta, in 1664. 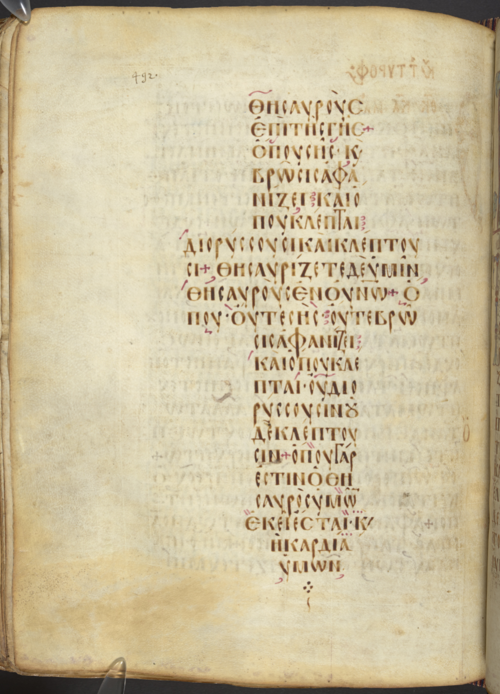 Royal MS 16 C IV Part 1 and Part 2, John Tzetzes, Antehomerica, with a translation into Latin by Petrus Morellus. 1560-1603, France (Tours/Loches), in the hand of Petrus Morellus.

I almost read all of Royal MS 16 C XIX, Simplicius, who commented on Epicteto's Enchiridion and understood most of it. I do not think its ancient greek but written in pure greek. Up to a point we were taught writing like that in a rather more modern version until 1982. I only studied 2 years of ancient greek - and apart from just being able to read it - I cannot understand it. I am bilingual (English/Greek) attended Greek school and I was very impressed! I always wanted to be able to read one book that was not available in public libraries, an ancient one! Thank you so much for that really great experience!