The life and death of Pompey the Great

Even by the standards of Rome in the first century BC, Gnaeus Pompeius Magnus  had an eventful life. The son of Strabo, a man so loathed by the Romans that his body was dragged from its bier during his funeral, Pomey quickly made his own mark on the world and moved beyond the shadow of his infamous father. Plutarch tells us he was helped in this in no small way by the fact that he was quite good-looking, a fact that the illuminator of this historiated initial, in a Latin translation of Plutarch, seems to have taken on board: 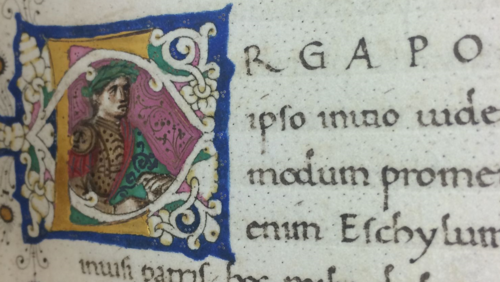 A string of military successes ensured Pompey’s accelerated promotion to the consulship at the unusually early age of thirty-five. Shortly after this, he took on the daunting task of ridding the Mediterranean of pirates, who at the time were causing havoc to trade routes across Rome's sphere of influence. Here is a picture of Pompey subduing the pirates:

Some time later, Pompey, Caesar, and Crassus formed the First Triumvirate, a political alliance designed to benefit all three. But this alliance was not fated to last, and after the death of Crassus in Parthia in 53 BC, conflict between Pompey and Caesar seemed inevitable.

The story of the civil war between Pompey and Caesar was hugely popular in the middle ages, best known through vernacular accounts of Roman history such as the French Histoire ancienne jusqu'à César  (well represented in the British Library’s collections) and the Irish In Cath Catharda. These draw in part on the epic poem of Lucan, as well as on late antique epitomes of Roman historical works. In a number of medieval accounts, Caesar and Pompey are depicted fighting at close quarters: 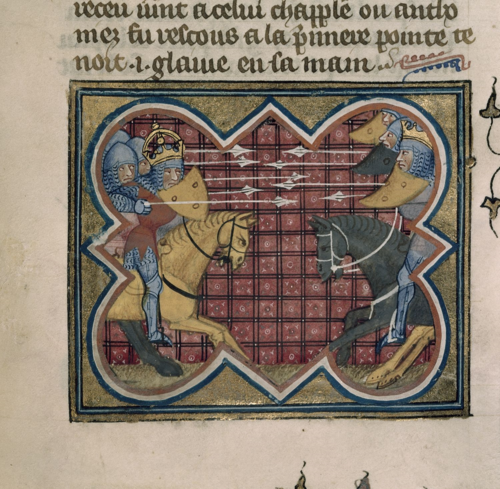 Though a man of outstanding abilities, Pompey was for a bad end. Like many doomed ancient heroes, he had a vision of what was to come in a dream. The ghost of his former wife Julia (the daughter of Julius Caesar) appeared to him and warned him of impending disaster. Here are two images of this dream: 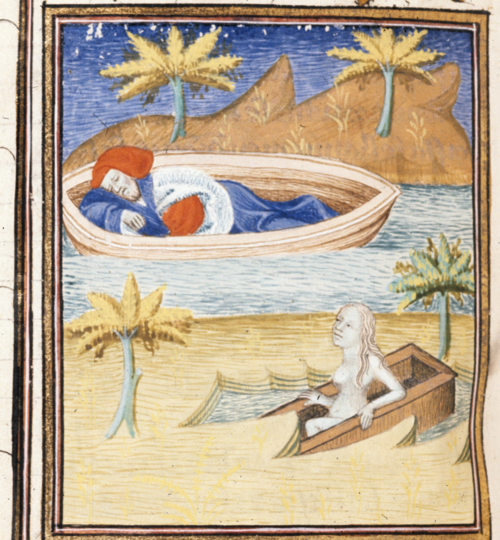 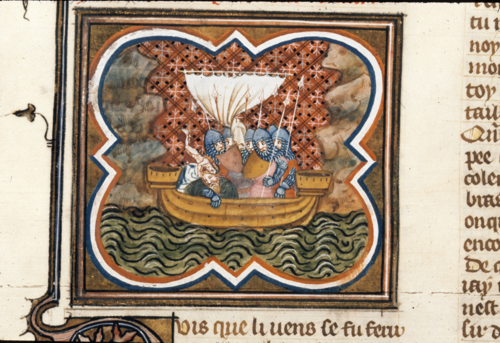 Pompey’s death itself was a sorry affair. After the catastrophic defeat to Caesar at the Battle of Pharsalus in 48 BC, he made for Egypt. The then king of Egypt, Ptolemy XIII, was persuaded by his advisor Pothinus that Pompey should be executed in order to curry favour with Caesar. In Plutarch’s vivid account of the event, Pompey sailed to shore in a tiny skiff. Just as he reached the shore, and in full view of his men and his wife Cornelia, he was murdered by those in the boat with him: 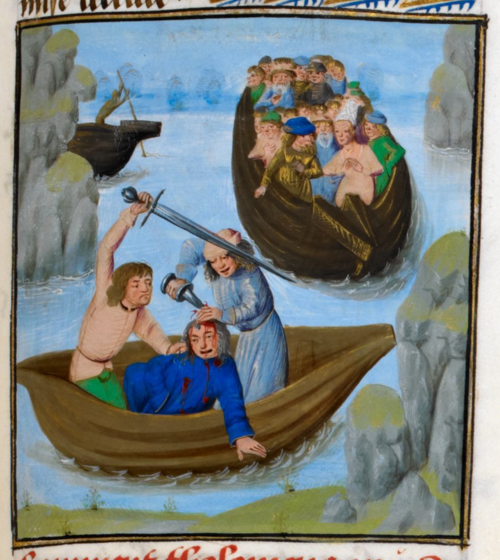 Plutarch and Lucan tell us that as he was executed he pulled his toga up over his head, something shown in the following picture: 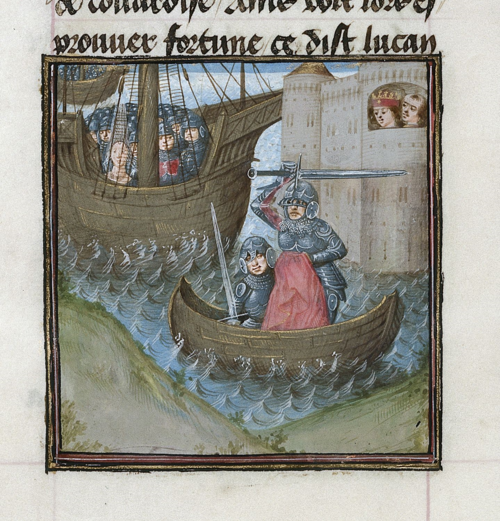 His assassins dumped his body on the shore and took his head away to be presented to Caesar. 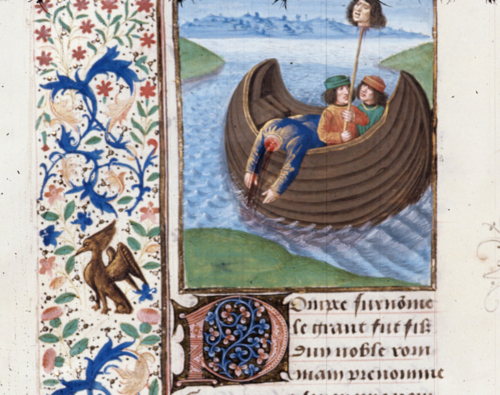