On September 21, 19 BC, Publius Vergilius Maro died of a fever at Brundisium. Though Virgil's birthday, on the Ides of October, is more traditionally the day on which the poet is remembered, we at Medieval Manuscripts can never pass up the opportunity to talk about the man from Mantua.

The finest and most influential of all the Latin poets, it should come as no surprise that his works are well represented in the collections of the British Library. The Library's holdings include some eighty-three manuscripts and a single papyrus (Papyrus 2723) – not to mention the many manuscripts containing works about Virgil or translations of his verse.

With such a large collection to choose from, there is a limit to what we can reasonably cover in a single blog post! Many of the Library’s manuscripts of the Eclogues (a collection of pastoral poems) and the Georgics (a didactic poem on farming) are adorned with depictions of country life. An excellent example is Burney 272, created in Germany or Austria c 1473. It opens with a very fine pair of miniatures of Virgil (in the historiated initial ‘T’) and a shepherd (Tityrus?) in the border, at the beginning of the first Eclogue: In this manuscript, the illuminator seems particularly to have been taken by the opportunity to adorn the Georgics: here is an image of a man picking grapes, accompanying the Second Georgic: 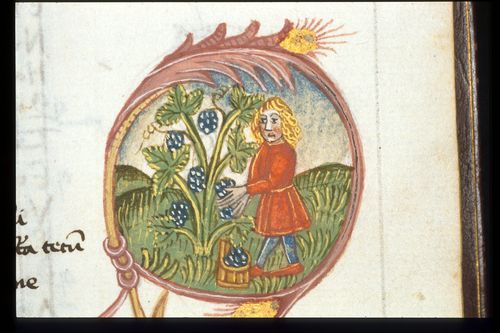 And here is a very modern-looking beehive, on f 43v, accompanying the Fourth Georgic: 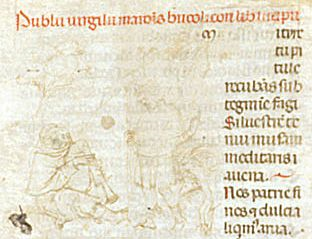 Once again, the bee-keeping section of the Georgics is the occasion for a fine illumination: 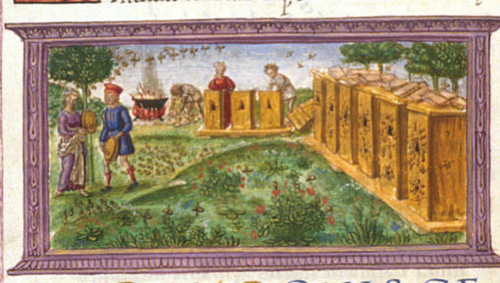 Even initials provide an opportunity for some thematic illumination: in this early 15th-century Italian manuscript, the opening Q of the Georgics contains a man entangled in some vines: 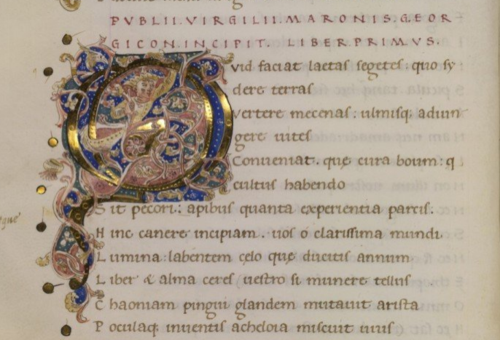 We end with another portrait of the author, hidden in another Q at the beginning of the Georgics: 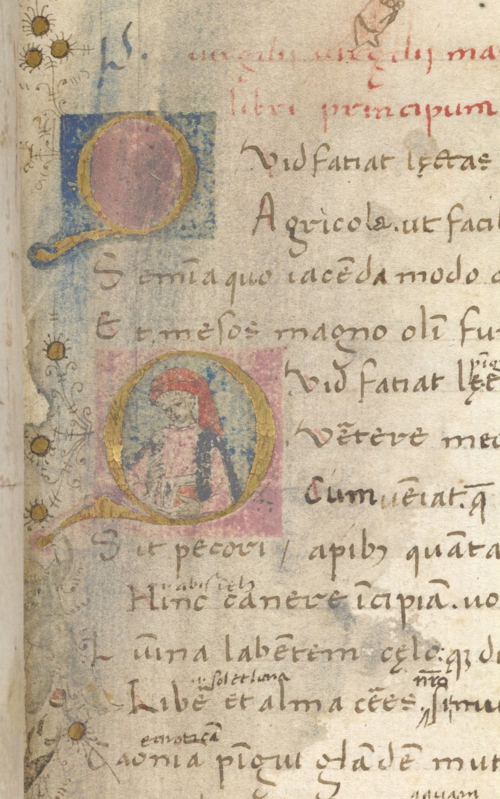