What do you get the person who has everything?  A manuscript book of poetry written in his or her honour, naturally! 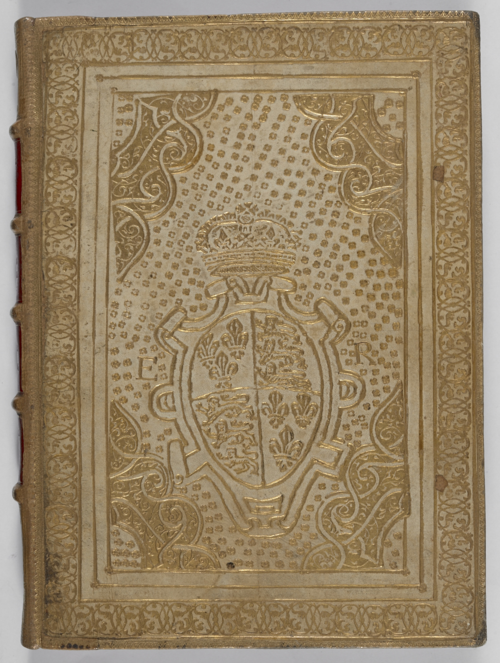 A lesser known part of the Royal collection is a set of manuscripts of complimentary verses that were presented to royalty and aristocracy during the 16th and 17th centuries.  They are mostly catalogued under the ‘Royal MS 12 A’ range.  Eleven of these, containing verses or epigrams in Greek, have been digitised as part of our ongoing Greek Manuscripts Digitisation Project (a list of these is provided below).  They are now available online, allowing us to take a closer look at these intriguing gifts. 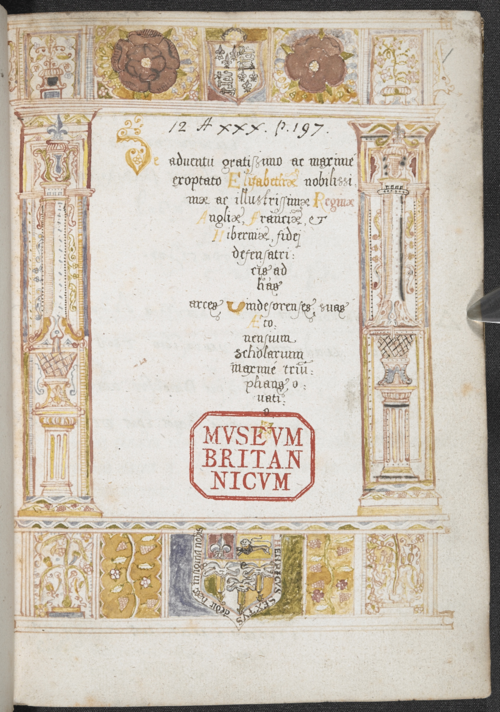 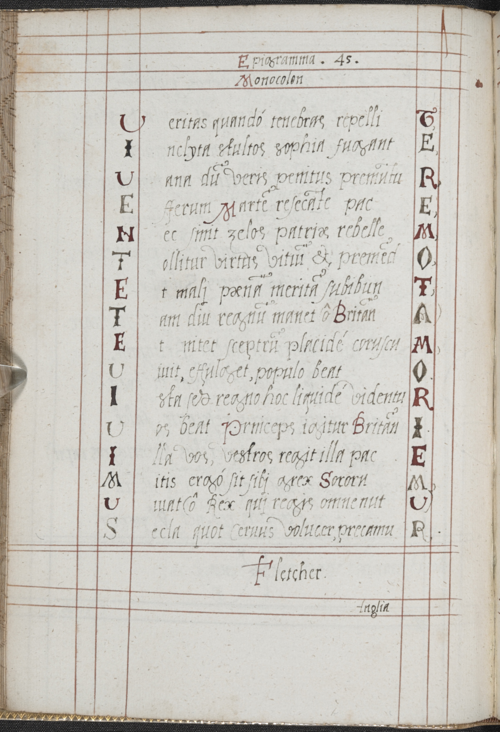 The Latin verses were composed by pupils of Eton College.  The most frequent contributor to the volume, with eleven poems, was ‘Fletcher’.  Giles Fletcher (bap. 1546, d. 1611) later served as one of Elizabeth’s diplomats, undertaking a perilous embassy to the court of Tsar Feodor I at Moscow between June 1588 and July/August 1589.  Like several of his fellow-pupils, Fletcher employed elaborate acrostics to encode Elizabeth’s name or encomia into his poems: the first and last letters of each line in the above poem read ‘Vivente te vivimus, te remota moriemur’ (‘We live while you live, we will die when you leave’). 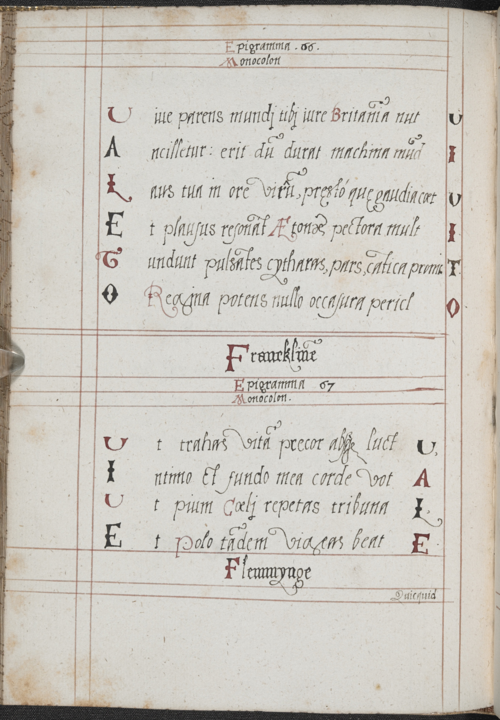 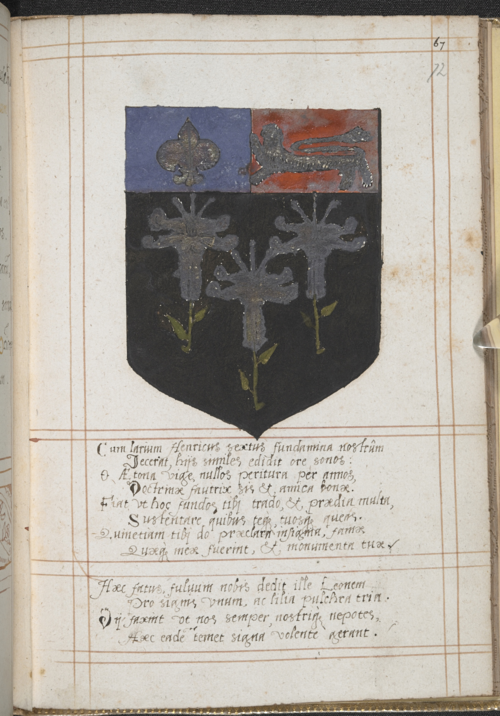 What spurred the composition of such a book?  William Malim (b. 1533, d. 1594), Headmaster of Eton College, prefaced the poems with a dedicatory Greek quatrain.  Perhaps he hoped his and his pupils’ praise would secure the patronage and favour of the new monarch (he may have been involved in producing a similar book – now Royal MS 12 A LXVII – when he became High Master of St Paul’s school ten years later).  The coat of arms of both of Elizabeth and the College were painted in at the end of the volume, and lavishly embellished with silver leaf (now oxidised into a dull grey), with verses on both, providing a reminder of the source of the gift. 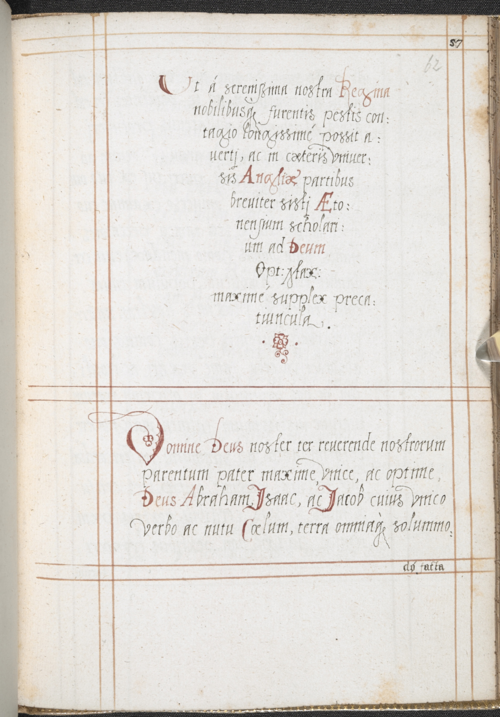 Yet there was a serious side to all this flattery.  Elizabeth’s departure from London had been prompted by an outbreak of the plague in the city.  Only five years on the throne, and without either husband or heir, the Queen’s position and the stability of the nation as a whole seemed precarious.  After the political and religious upheavals of previous reigns, such anxieties were sharply felt by Elizabeth’s subjects.  After all the plaudits and praise, the elaborate exercises in Latin composition and inventive word-play, a prayer in Latin prose follows: ‘In order that the contagion of the ravaging plague may be diverted as long as possible from our most fair and noble Queen...’

I'm so glad you got the complimentary/complementary thing right in the blog itself... the précis which hit my email inbox has the wrong one.

Not, of course, a distinction the poets of Eton would have been aware of, given the fluidity of English spelling in their time.