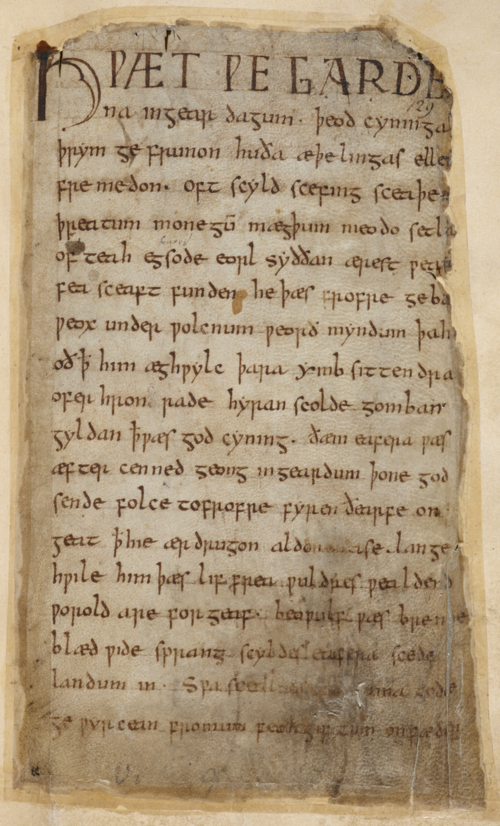 This is a reminder that the deadline for applications for a Collaborative Doctoral Partnership at the British Library is 4.00pm on Friday 28th November. There is just one week left to apply – don’t miss out on this fantastic opportunity!

Six doctoral studentships are up for grabs, fully-funded by the Arts and Humanities Research Council and with additional financial support of up to £1,000 per year from the British Library to cover travel and related research costs.

Each studentship will be jointly supervised by a member of the British Library curatorial team and an academic from a UK Higher Education Institution. There are nine potential research areas that range across the British Library collections, with one for the medieval period: ‘Understanding the Anglo-Saxons: The English and Continental Manuscript Evidence’. 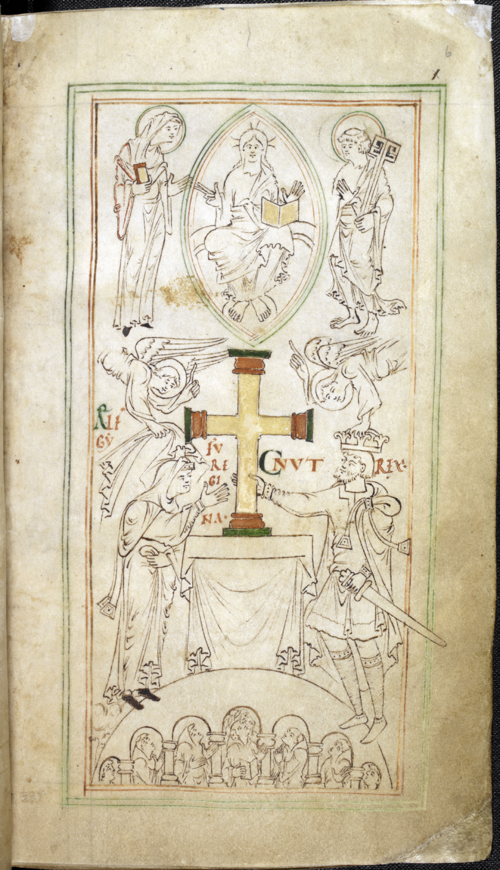 Miniature of King Cnut and Queen Aelfgifu/Emma placing a golden cross on an altar, witnessed by Christ in Majesty and Benedictine monks, from the Liber Vitae of New Minster and Hyde, England, S.W. (Winchester) c. 1031, Stowe MS 944, f. 6r

The British Library has the largest holdings of Anglo-Saxon manuscripts in the world. We particularly welcome applications relating to network and knowledge exchange across early medieval Europe, the methods of making manuscripts and the development of script, perceptions of the past in Anglo-Saxon England, and comparable topics (see the advertisement for full details). A CDA in this field would fit exactly with the three-year period of research and preparation for the major British Library exhibition on the Anglo-Saxons, which is scheduled to open in October 2018.

We invite applications from Higher Education Institutions to work with us on this topic. We will select the six proposals with the strongest HEI applications to start in the next academic year, commencing October 2015. HEI applications will be assessed according to the following criteria:

- development of the research theme;

- the ability of the proposed Department to support the student;

- and evidence of previous successful collaboration with non-HEI partners.

The studentships will then be further developed in collaboration with the successful academic partner in each case before being advertised to prospective students. The successful student will contribute to the final agreed research topic.