“Snip It!” at The Jewish Museum, Berlin 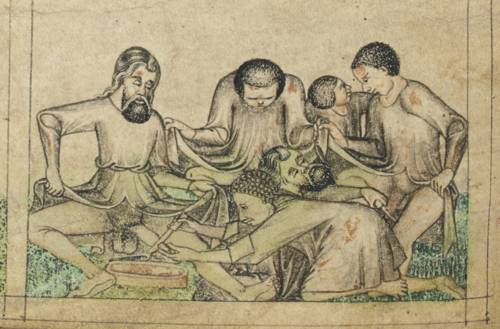 Two manuscripts from the British Library are featured in the exhibition “Snip it! Stances on Ritual Circumcision”, newly opened at The Jewish Museum in Berlin (24 October 2014 to 1 March 2015). The British Library’s Egerton Genesis Picture Book and Omne bonum are two of some 60 objects and artworks gathered from international collections to examine the cultural and historical context of circumcision. 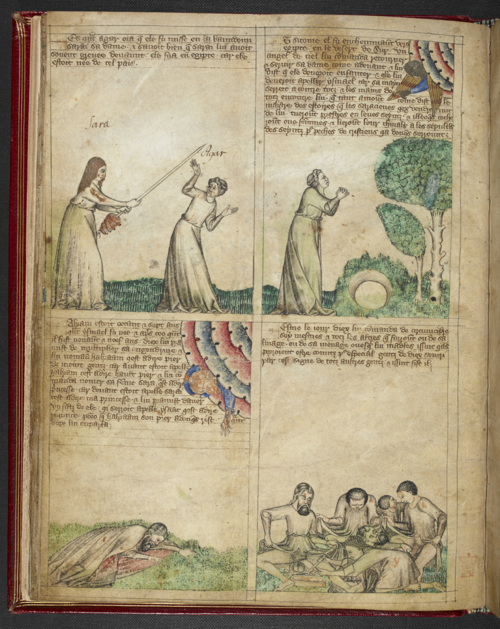 Together with 19 other leaves, this page forms part of a remarkable picture book containing 149 illustrations of Genesis, from the Creation to the history of Joseph. The relative size of the illumination makes clear the primacy of image over the text, with the latter consisting of short captions in Anglo-Norman French, derived from Peter Comestor’s Historia scholastica. The exhibition features this page for its inclusion of Abraham and the men of his family being circumcised (see top for detail). Many more images from this manuscript feature in this previous blog post, and a discussion of the picture book genre can be seen here. 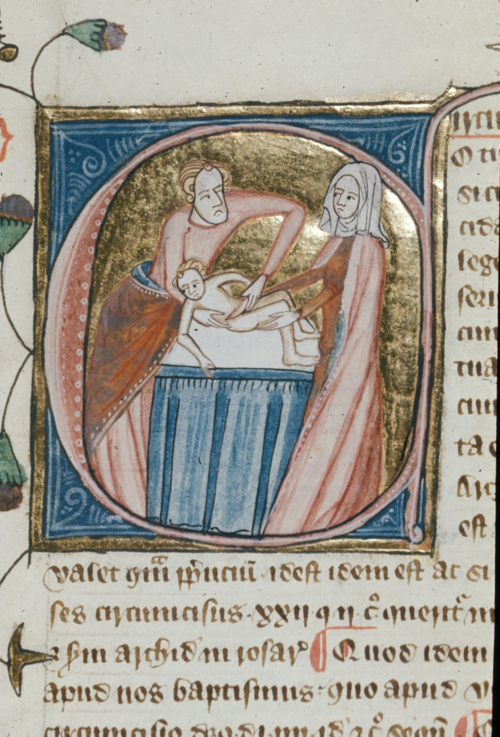 The author of the second volume on loan to the exhibition, James le Palmer, said of his work: “Since virtually all good things are in one way or another contained herein, I thought it fitting to name this little work Omne bonum – all good things.” Containing more than 1350 entries arranged in alphabetical order, this work aspired to be a universal collection of knowledge. Over 750 entries are illustrated, including “Circumcisio” above. The ritual is performed on an ordinary child, in agreement with the text which discusses circumcision in the Old Testament, but the artist has followed the pictorial tradition of the Circumcision of Christ. 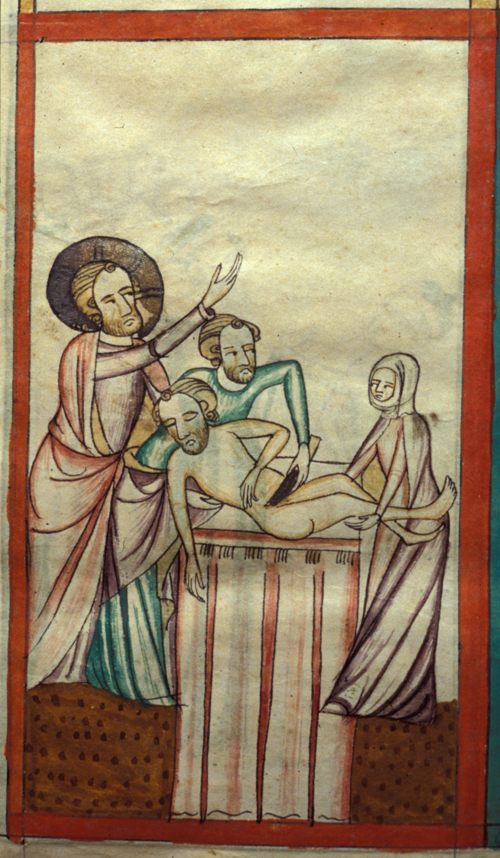 It is not the entry on “Circumcisio” which is on display in Berlin, however, but a scene depicting the Circumcision of Abraham included in the biblical cycle at the beginning of Omne bonum. This occurs among 109 tinted drawings of Old and New Testament subjects. The curators of the exhibition, Felicitas Heimann-Jelinek and Martina Lüdicke, explain that “Snip it!” illuminates “ritual circumcision from the perspective of the three monotheistic religions. Both loans, Omne bonum and the Egerton Genesis, are exhibited in the room dedicated to the Christian perception of the ritual. The depiction of Abraham’s circumcision greatly enriches our content, emphasising the Christian interpretation of Abraham’s circumcision as an act of sacrifice.” Starting from the Jewish concept of the Abrahamic covenant, via sculptures exploring the body-shaped-by-culture, to clips from contemporary TV series, this exhibition is described as “incisive in every sense of the term”; for the full details see this press release.

The British Library is delighted to be a lender to this exhibition, and we hope that as many people as possible have the opportunity to see our manuscripts while they are on display in Berlin.