Saved for the Nation: New Acquisitions in 2014

During 2014, the British Library has made several new acquisitions. Thanks to such schemes as Acceptance in Lieu, as well as generous funding provided by the Arts Council, the Friends of the British Library and a range of private benefactors, we have been able to save these books for the nation. Each has been conserved and fully digitised, the images being published on Digitised Manuscripts, and so are now available for all to enjoy and study. Just in case you missed them the first time round, let’s take a closer look at each of them: 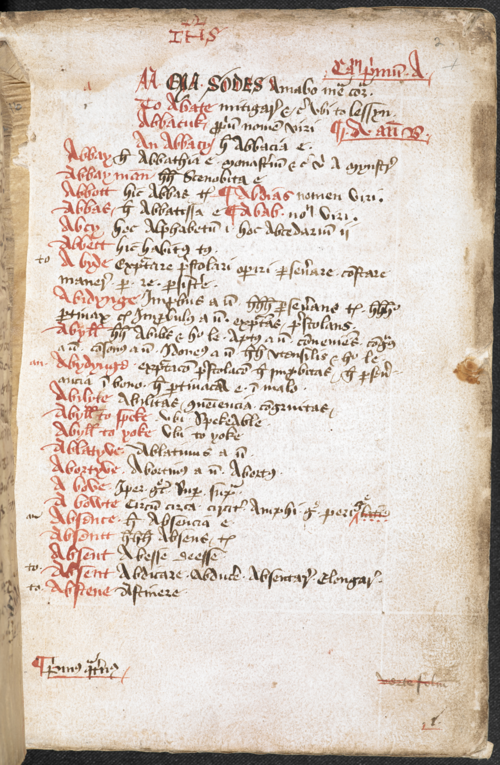 This is the only complete copy of one of the earliest English-Latin dictionaries ever made, and the first such dictionary in which all the words were placed in alphabetical order. From the dialect of some of the words, it appears to have been written in Yorkshire. Last seen in the late nineteenth century when the text was edited, and thought lost to scholarship forever, it had lain hidden in a private collection in Lincolnshire. The Catholicon Anglicum is of outstanding importance for our study both of the English language and English lexicography (which goes back much further than Dr Johnson!). It has been exhibited in the Treasures Gallery since June, as part of a small display about ‘Languages in Medieval Britain’. 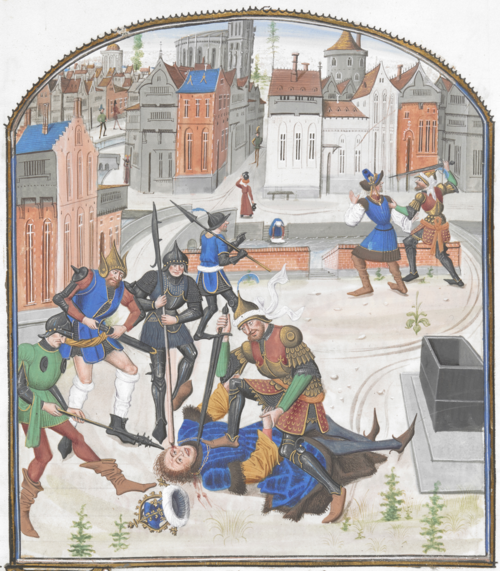 Probably the finest illuminated drama manuscript to survive from the medieval period, this manuscript in two volumes (Add MS 89066/1 and Add MS 89066/2) was acquired from the collection of the Dukes of Devonshire at Chatsworth. It is the most complete copy of the mystery play, Le Mystère de la Vengeance de Nostre Seigneur Iesu Crist, which was written by a Benedictine monk, Eustache Marcadé, in the early fifteenth century. This manuscript ticks all the boxes: it is beautifully decorated and handsomely written; there are surviving records of exactly how much it cost and who made it; and there is an almost unbroken chain of provenance evidence, from its original owner Philip the Good of Burgundy to the present day. It too is on display in the Treasures Gallery; don’t miss your chance to see it!

John Ponet’s copy of a treatise against clerical marriage 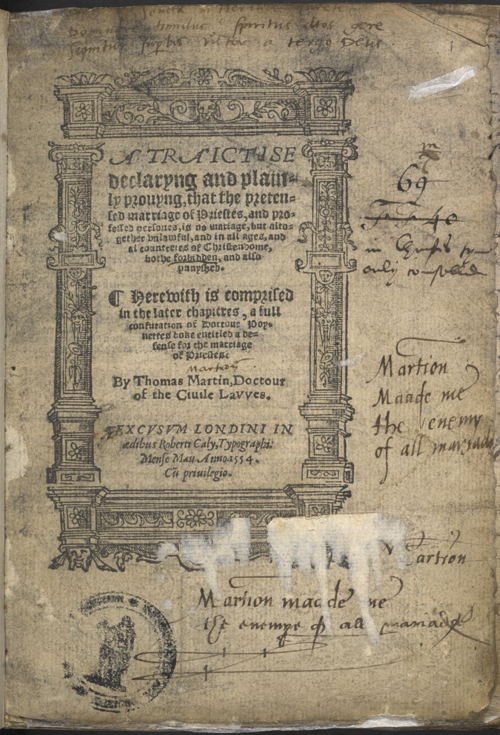 This book is a fascinating witness to one of the major doctrinal disputes of the Reformation, and to the personal rivalry between the Catholics Stephen Gardiner and his acolyte Thomas Martin on one hand, and the Protestant John Ponet on the other. Upon Mary I’s accession, Ponet went into exile, settling in Strasbourg. He acquired this book while on the continent, had it interleaved with blank sheets, and then began a point-by-point (and often ad hominem) refutation of Gardner/Martin’s argument. Many of these densely written notes were later printed – but crucially not all of them – affording us an insight into how contemporaries engaged with one another’s arguments and composed their responses during a febrile period in English religious history.

And finally, our most recent acquisition, which arrived earlier this month:

Rental of the lands of Worcester Cathedral Priory

The British Library possesses the largest collection of medieval cartularies in Britain. The newest addition to our holdings is a rental that was made for Worcester Cathedral Priory. Dating to 1240 (with some later additions), it contains records of the possessions of this major monastic foundation and the revenues to which it was entitled. It formed the exemplar for the ‘Registrum Prioratus’, dating to the early 14th century, which remains at Worcester Cathedral, as Muniments, A.2. More details of this exciting new acquisition will be coming in the New Year...