One of the questions we're most frequently asked at the British Library is: why is there more than one manuscript of Magna Carta? The simple answer is that, when the Great Charter was first granted by King John in 1215, numerous copies were made so that its terms could be distributed more easily throughout the kingdom of England. Four of those 1215 manuscripts survive to the present day, one of which is owned by Lincoln Cathedral, another by Salisbury Cathedral and the other two being held at the British Library in London. 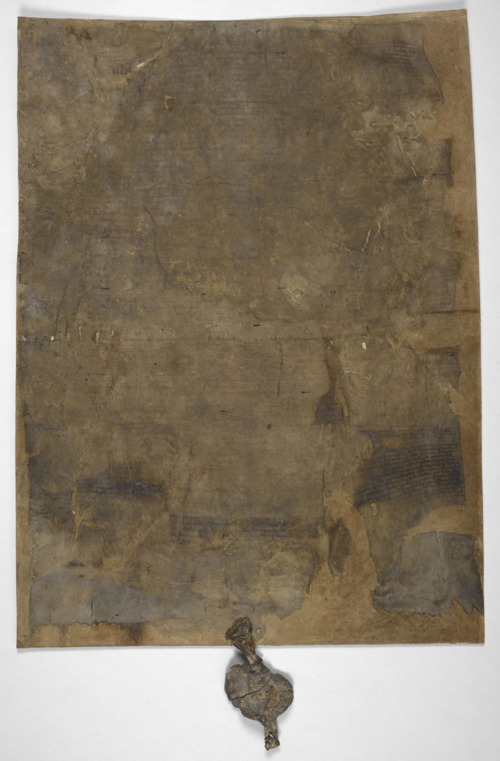 The Lincoln manuscript of King John's Magna Carta is undoubtedly that presented to Hugh of Wells, bishop of Lincoln, in 1215, while that at Salisbury is presumably that sent to Herbert Poore, the bishop of Salisbury at the same time (or alternatively was made for William, earl of Salisbury and one of King John's chief confidants). Until now, the medieval provenance of the two British Library manuscripts of the 1215 Magna Carta has been less certain. One was reputedly found in a London tailor's shop in the 17th century, and then given to Sir Robert Cotton (d. 1631) as a New Year's gift on 1 January 1629 (now British Library Cotton MS Augustus II 106); the other was sent to Cotton by his friend, Sir Edward Dering (d. 1644), lieutenant of Dover Castle, in 1630 (now British Library Cotton Charter XIII 31A). It has previously been assumed that Dering's Magna Carta must have been that sent to the Cinque Ports in 1215. However, new research by Professor David Carpenter of King's College, London, has demonstrated conclusively that the Dering Magna Carta had in fact been kept at Canterbury Cathedral in the Middle Ages, and that it must now be re-designated the Canterbury Magna Carta. 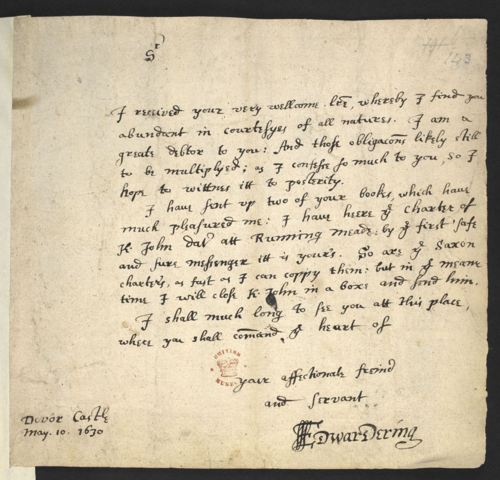 Letter of Sir Edward Dering to Sir Robert Cotton, 10 May 1630, informing him that he is sending him one of the original manuscripts of King John's Magna Carta (London, British Library, Cotton MS Julius C III, f. 143)

Professor Carpenter is a Co-Investigator of the Magna Carta Project, funded by the Arts and Humanities Research Council, and his research is published by Penguin Classics in his new commentary and translation of Magna Carta. Essentially, Carpenter's discovery is based on two key pieces of evidence: first, Cotton Charter XIII 31A contains a handful of unique readings that are also preserved in a copy of Magna Carta in a late-13th century Canterbury Cathedral register (Register E), which suggests that the Cotton charter was the exemplar of Register E; secondly, Dering is known to have removed other charters from Canterbury Cathedral, and he clearly had access to a manuscript of Magna Carta in the Canterbury archives, undoubtedly that now known as Cotton Charter XIII 31A.

Carpenter's discovery is of fundamental importance for our knowledge of the dissemination and preservation of Magna Carta in the Middle Ages. As the other surviving witnesses of the 1215 Magna Carta were potentially sent to King John's bishops, does this also mean that the Canterbury Magna Carta once passed through the hands of Archbishop Stephen Langton (1207-28), one of the possible architects of the Great Charter?

Sadly, the Canterbury Magna Carta (Cotton Charter XIII 31A) was damaged by fire in 1731, and still further by a restoration attempt at the British Museum in the 1830s. It is the only 1215 Magna Carta still to have the Great Seal of King John attached, though its text is now largely unreadable with the naked eye (you can read more here about the recent multi-spectral imaging of this manuscript). 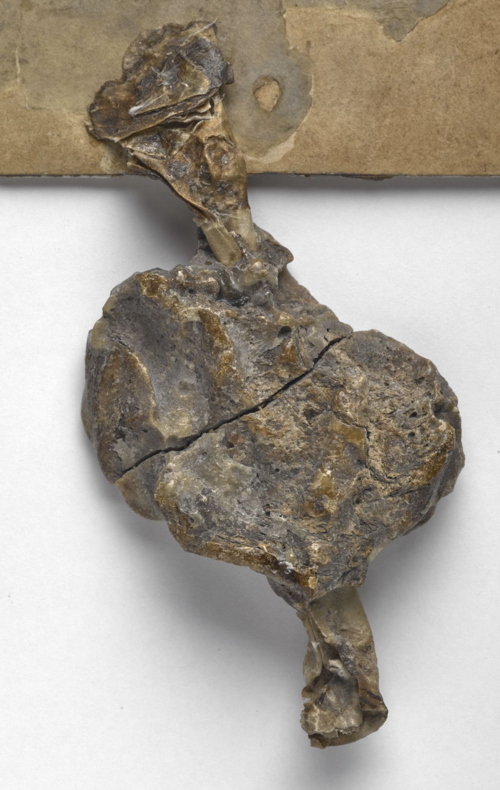 The Great Seal of King John attached to the Canterbury Magna Carta, damaged by fire in 1731

The British Library's two manuscripts of King John's 1215 Magna Carta will be on display in our major exhibition, Magna Carta: Law, Liberty, Legacy (13 March-1 September 2015), and tickets are on sale now. We hope that as many of you as possible are able to see these documents in London this year.