The countdown continues until the opening of our major exhibition, Magna Carta: Law, Liberty, Legacy. Today we're delighted to announce that the show will feature a number of stunning loans from Canterbury Cathedral, which will illuminate the story of how and why Magna Carta was first granted in 1215. As ever, we're indebted to the generosity of our friends at Canterbury for so kindly agreeing to lend these items to our exhibition at the British Library. 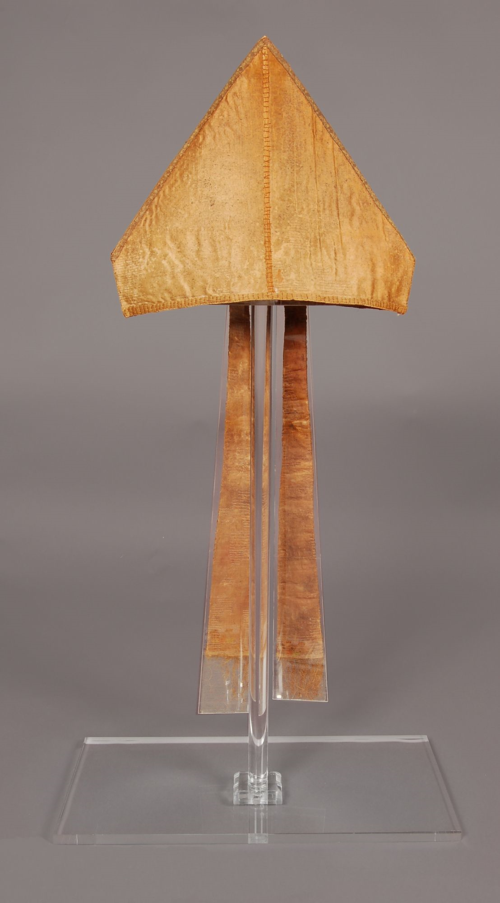 The mitre of Archbishop Walter (courtesy of Canterbury Cathedral)

The Canterbury objects on display in London comprise the vestments and crozier of Hubert Walter (Archbishop of Canterbury and Chancellor of England under King John), a 13th-century seal press (remember, Magna Carta was sealed, not signed) and a letter excommunicating the rebel barons. The vestments are outstanding examples of Opus Anglicanum (medieval English embroidery), and were found in Hubert Walter's tomb when it was opened at Canterbury Cathedral in 1890. Magna Carta: Law, Liberty, Legacy will feature the archbishop's mitre, slippers, buskins (boots) and stole, as well as his crozier, made of beechwood and featuring settings for four jewels. 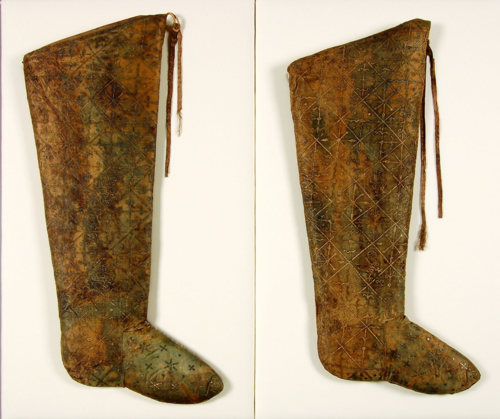 The buskins of Archbishop Hubert Walter (courtesy of Canterbury Cathedral) 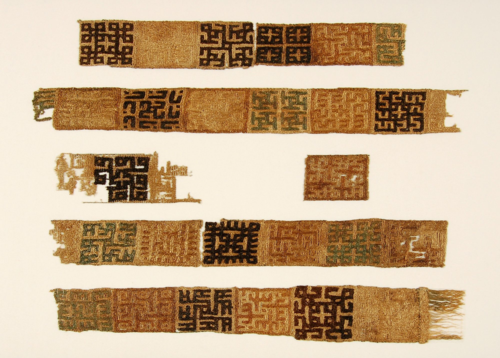 The stole of Archbishop Hubert Walter (courtesy of Canterbury Cathedral)

The seal press was made for the monks of Canterbury Cathedral around the year 1232. A similar press would have been used to create the impression on both sides of the Great Seal of England and to attach it to Magna Carta. It would have applied pressure to two metal matrices engraved with the design on the seal, two discs of beeswax, and the plaited silk cords which joined the seal to the document.

The letter is dated 5 September 1215, and it commands Stephen Langton, Archbishop of Canterbury, to excommunicate the rebel barons, on the grounds that they had violated the terms of Magna Carta. Nine barons are singled out for condemnation, together with six clerics, including Giles, Bishop of Hereford. This signalled the start of a new rebellion, which continued up to and beyond the death of King John in 1215.

We are very excited to have these magnificent objects in our exhibition, and are extremely grateful to Canterbury Cathedral for so kindly agreeing to lend them to us. Magna Carta: Law, Liberty, Legacy opens to the public on Friday, 13 March, and closes on 1 September 2015. Book your ticket now, they're selling fast!