Collaboration and Customisation: The Evolution of a Royal Book

As we draw to the end of Paris fashion week, let us turn to a manuscript that exudes the best of Parisian style. The haute couture of book illumination, this glorious Book of Hours showcases the work of the French capital’s most in-demand fifteenth-century illuminators. 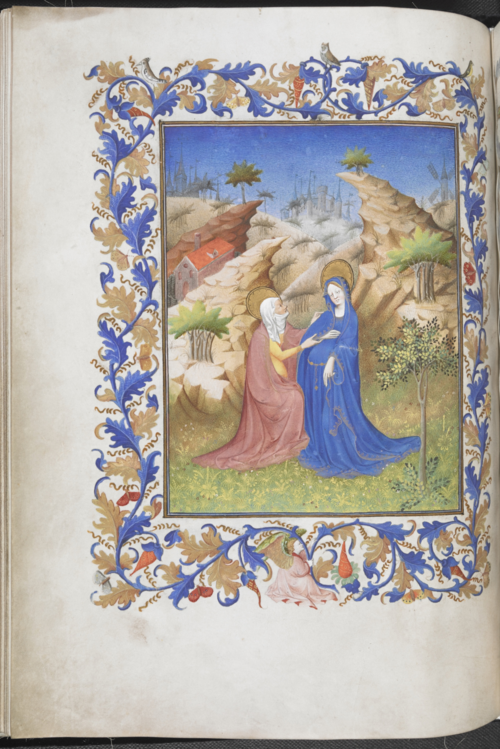 Miniature of the Visitation by the Egerton Master, from ‘The Hours of René of Anjou’, France (Paris), 15th century, Egerton MS 1070, f. 29v

It is the eponymous manuscript of the Egerton Master, whose mastery is elsewhere illustrated in the stunning two-volume Bible historiale that starred in our exhibition, Royal Manuscripts: The Genius of Illumination. The Egerton Master collaborated on several occasions with other fashion­able painters of the day. These included the Mazarine Master, who helped to complete the miniatures and decoration towards the end of this lavish manuscript, along with two lesser-known Parisian artists. 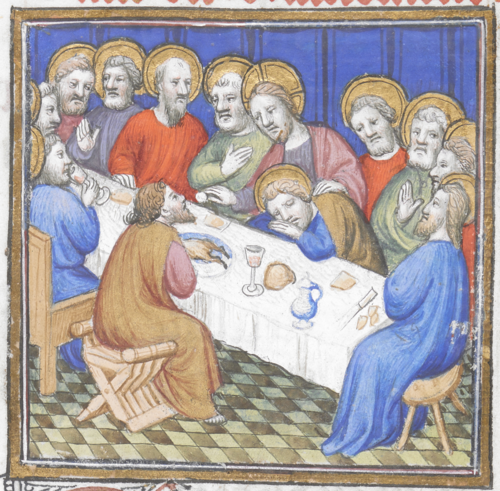 Detail of a miniature of The Last Supper by the Mazarine Master, Egerton MS 1070, f. 113r

One of the more unusual characteristics of Egerton MS 1070 is the unique border decoration. Angels carry freshly unearthed branches of acanthus, roots intact, which extend up the vertical margins. 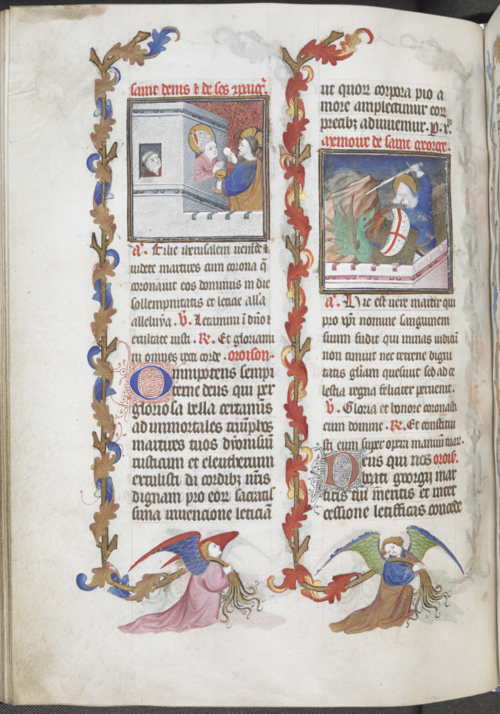 Miniatures of Saint Denis and his companions, and Saint George, with border decoration of angels carrying branches of acanthus by the Egerton Master, Egerton MS 1070, f. 90v

A book fit for a king? Well, it was actually owned by several…

Following the original commission, this exceptional Book of Hours passed into the hands of a number of monarchs, including Henry VII, before entering the British Library’s collection (via a short residency at a Jesuit College in Krakow). Today the manuscript is identified by the name of one of its fifteenth-century owners, René of Anjou. ‘Le bon roi René’ (‘good king René’) was an influential European leader, patron of the arts and occasional author, whose many titles included duke of Anjou, duke of Lorraine and Bar, and count of Provence, as well as king of Naples, Sicily and Jerusalem. 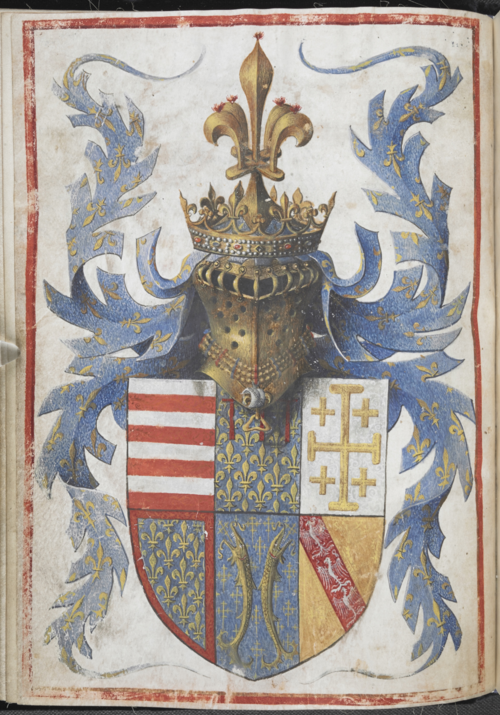 Full-page miniature of Jerusalem with the Church of the Holy Sepulchre and the Dome of the Rock, Egerton MS 1070, f. 5r

When the book came into René’s possession, it was carefully customised to suit its new owner and assert his status. This is evident from the beginning of the book: two full-page miniatures depict firstly René’s coat of arms and, on the facing page, Jerusalem, the capital of his kingdom in the Holy Land. Painted by Netherlandish artist Barthélemy d'Eyck, they reflect the early stages of the close relationship between this artist and his patron.

Texts were also added to personalise the manuscript for René’s own private devotion, such as the prayer below which incorporates his name.

The additions also permeate into the borders: many of the angels find the burden of their flight eased by billowing sails, which carry René’s motto 'En Dieu en soit' (‘in accordance with God’s will’). As well as furthering his devotional appropriation of the book, they function as a graffiti artist’s tag, stamping René’s ownership in his own distinctive manner.

Why not delve deeper into this fascinating codex by exploring it in full on our Digitised Manuscripts website.