An Even More Giant List of Manuscript Hyperlinks: Spring Update

The trees are blossoming and so too is our giant list of manuscript hyperlinks. 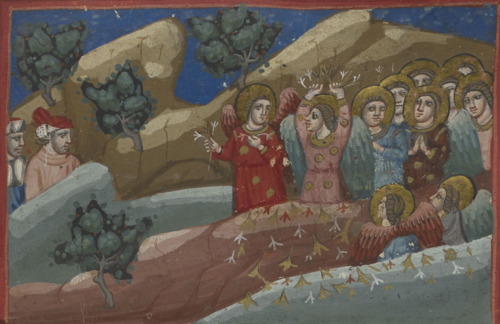 The British Library’s website of Digitised Manuscripts has been flourishing over the last few months. It now features a second illustrated copy of Dante’s Divine Comedy (Egerton MS 943), an 11th-century Mozarabic liturgy (Add MS 30845) and psalter (Add MS 30851), a treatise in French written by a young Edward VI (Add MS 5464), and the Hours of René of Anjou (Egerton MS 1070). The Greek Digitisation Project also came to a triumphant close with the upload of the final 75 manuscripts, which were featured in a recent blog post.

Some other early highlights from 2015 include three monumental Romanesque Bibles: the Parc Abbey Bible (Add MS 14788, Add MS 14789 and Add MS 14790), the Stavelot Bible (Add MS 28106 and Add MS 28107, find out more here), and the Arnstein Bible (Harley MS 2798 and Harley MS 2799), with its famous depictions of the monstrous races. In addition, we published the British Library’s volumes of the Paris-Oxford-London Bible moralisée (Harley MS 1526 and Harley MS 1527, discussed here) and a rather wonderful Apocalypse manuscript (Yates Thompson MS 10). 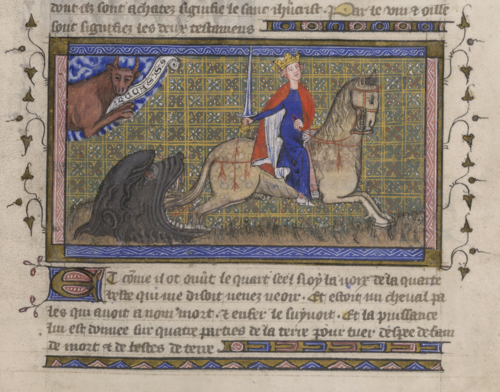 And the first batch of Paston letters recently went live too!

But of course our work does not end here. As well as more letters from the Paston volumes, the summer months will bring six manuscripts with French prose romances, two incredible Biblical picture books and the 15th-century illustrations of Sir John Mandeville’s Travels. Watch this space!