What do the following people (and 200 others) have in common? 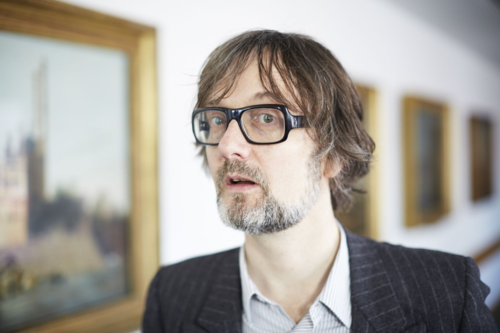 They all contributed to Cornelia Parker's major new artwork, Magna Carta (An Embroidery), which was unveiled last week and is on show at the British Library in London until 24 July 2015. We have been delighted both by the critical response to this embroidery -- which reproduces the Magna Carta Wikipedia page on 15 June 2014 (Magna Carta's 799th birthday) -- and by the number of visitors the artwork has already attracted. You may have read curator Claire Breay's account of how the embroidery was commissioned and how she stitched her own contribution to it. 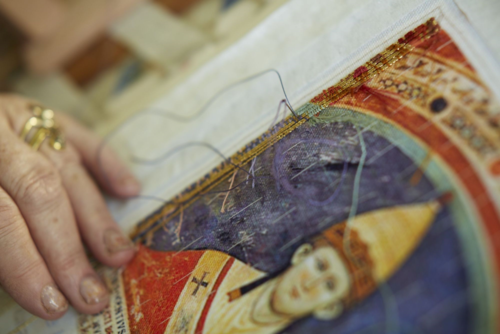 Of course, also at the British Library until 1 September 2015 is our own major exhibition, Magna Carta: Law, Liberty, Legacy. For the first time in history, you'll be able to see the Library's two original manuscripts of the 1215 Magna Carta alongside the Articles of the Barons, the papal bull that annulled the Great Charter, King John's teeth, the Petition of Right, the English Bill of Rights, Thomas Jefferson's own manuscript of the United States Declaration of Independence, the Delaware copy of the US Bill of Rights, the Universal Declaration of Human Rights, an account of Nelson Mandela's 1964 trial, plus countless paintings, drawings, costumes and other artefacts. Phew! It is, quite simply, the largest and most significant exhibition ever devoted to Magna Carta. 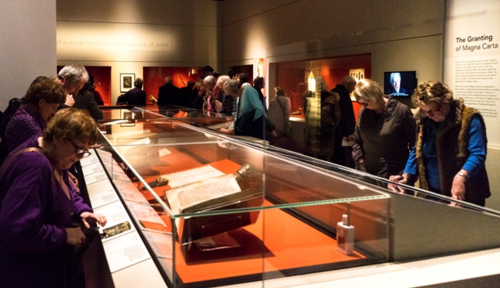 Last, but not least, we also have an extensive programme of events that accompany our exhibition. Forthcoming highlights include Professor A E Dick Howard talking on Magna Carta's American Adventure (1 June), Revelations of the Magna Carta Project (5 June) and a special lunchtime concert on 15 June. 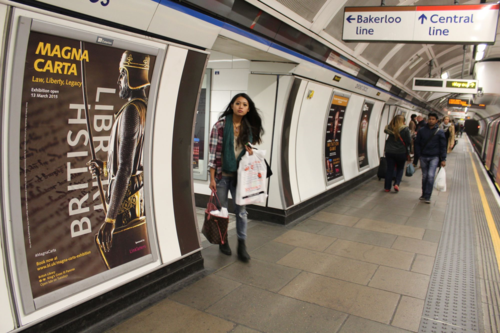 Magna Carta: Law, Liberty, Legacy is on at the British Library until 1 September. Entry costs £12 with many concessions available; under 18s enter free. Most of the exhibits and other educational resources can be seen on our dedicated Magna Carta website. Follow us on Twitter, @BLMedieval.

And if you're wondering where the line "Magna Carta, Super Charter" comes from ... then you'll have to visit our exhibition!