Register for the Magna Carta Conference

The British Library has been a partner in the Magna Carta Project since 2012. This AHRC-funded research project culminates this summer in a three-day conference in London in the week of the 800th anniversary of the granting of Magna Carta. The conference, which is being held at King's College London (17-18 June) and at the British Library (18-19 June), will be an opportunity to find out more about the new research and discoveries of the project. Full details of the programme and how to register are available here. 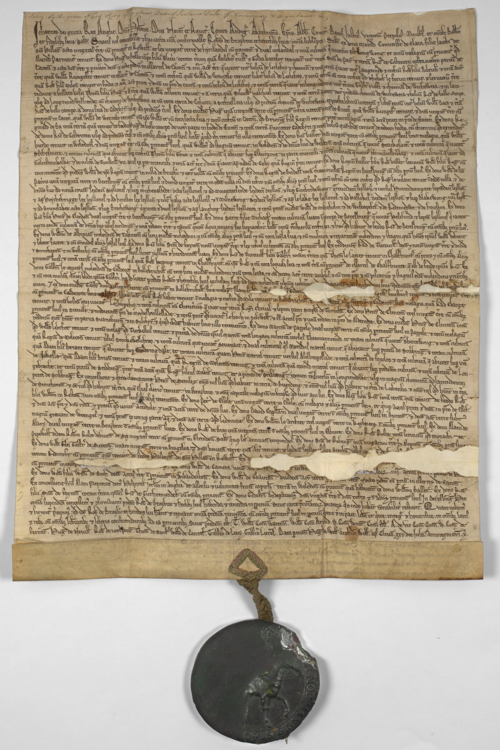 A charter issued by King John to Robert of Braybrooke, 25 July 1208, with the Great Seal attached, currently on display in the British Library's Magna Carta exhibition

Day two of the conference includes an evening private view of the British Library's exhibition, Magna Carta: Law, Liberty, Legacy, with an introduction to the exhibition by Claire Breay.

The Magna Carta Project's website provides a new English translation of Magna Carta and expert commentaries on each clause of the charter. The project has also sought out the surviving originals of King John's charters, and charters not found on the surviving charter rolls of John's government, as well as producing John's itinerary for 1214-15 and resources on Magna Carta for use in schools.

Members of the project had the opportunity to see the four surviving 1215 Magna Carta manuscripts side-by-side on 4 February this year as part of the Magna Carta unification events at the British Library. 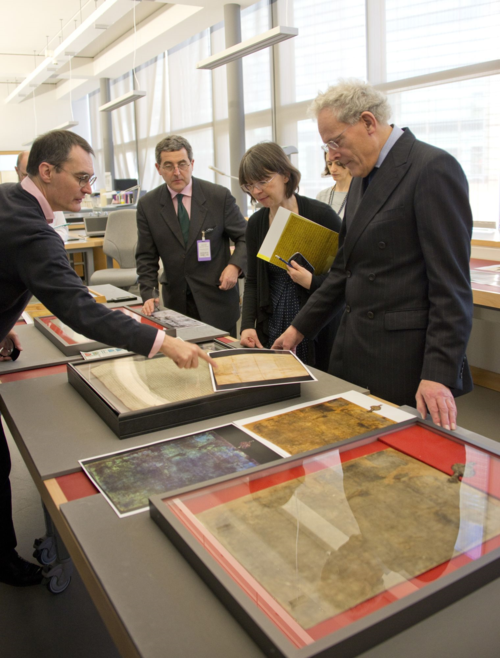