Charles Burney and his Manuscript Collection

In the first of an occasional series, we take a look at an important named collection of manuscripts at the British Library. One of the most significant gatherings of classical material in the British Library is to be found in the Burney collection of manuscripts. This collection, comprising 525 volumes, was assembled by Charles Burney (b. 1757, d. 1817), classicist and bibliophile. Son of the famous historian of music Charles Burney and brother of the novelist Fanny Burney, he was also an avid collector of printed books, newspapers, and playbills, all of which were purchased by the British Museum after his death.

Contents of the Burney collection of manuscripts

While the Burney manuscripts are best known for the fine classical manuscripts to be contained therein, this is only a small part of the collection. Burney also collected important manuscripts of the Bible and of the Greek and Latin Church Fathers, as well as a wide range of papers and letters belonging to classical scholars.

Highlights of the collection 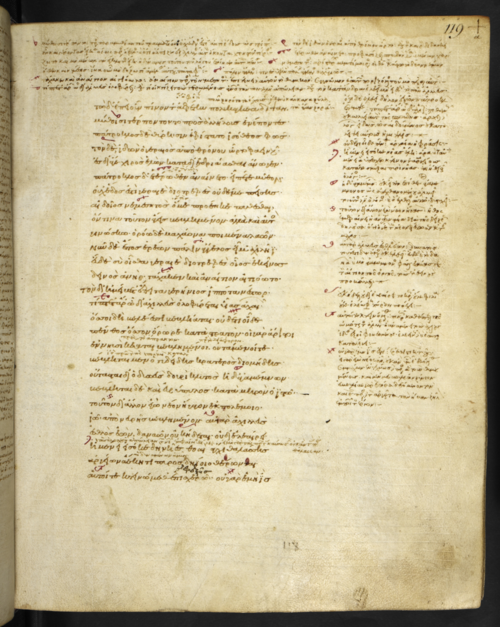 The Townley Homer is one of the most important manuscripts of Homer’s Iliad. Written in Constantinople, probably in 1059, it contains extensive annotations and marginalia (known as scholia) explaining and interpreting Homer’s poem. Burney purchased this manuscript for £620 at an auction in 1814. 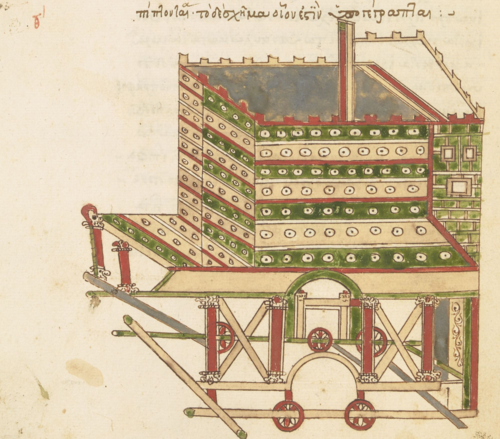 Hellenistic and Byzantine treatises on warfare saw a resurgence in popularity in the Renaissance, when they were copied, along with detailed diagrams, in Western Europe. This manuscript is one of the finest examples of the genre, with many coloured drawings throughout. 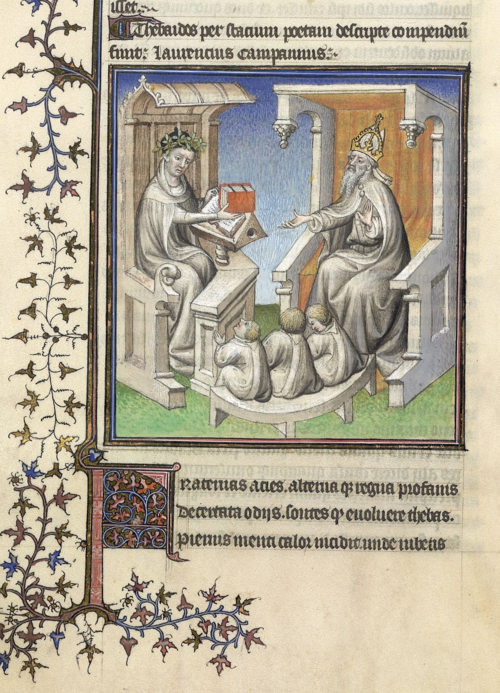 Miniature of Statius presenting his work, in a manuscript containing the Thebaid and the Achilleid, Burney MS 257, f 4v. France, Central (Paris), 1st quarter of the 15th century (possibly c. 1405)

This richly-illuminated manuscript of Statius’ Thebaid and Achilleid is the work of several illuminators active in France at the beginning of the 15th century. It is testimony to the ongoing popularity of an author who has been (until very recently) somewhat neglected by modern critics and readers.

A French translation of Curtius Rufus’ History of Alexander the Great 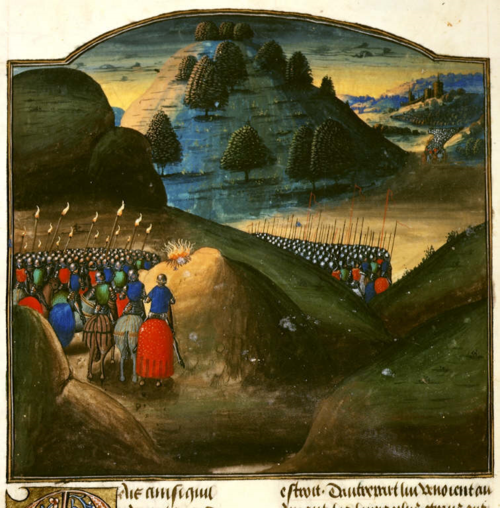 Miniature of Alexander the Great and his army making a sacrifice on the night before the Battle of Issus, Burney MS 169, f 42v. Netherlands, S. (Bruges), between c. 1468 and 1475

Tales of Alexander the Great have had enduring appeal since antiquity. The History written by the Latin author Curtius Rufus proved particularly popular in the Renaissance, and was translated into French by Vasco da Lucena as Les faize d'Alexandre. This manuscript is to be attributed to the illuminator known as the Master of the Vienna Chroniques d'Angleterre, and an assistant, perhaps the Master of the Harley Froissart.

A printed catalogue (in Latin) of the Burney manuscripts was published in 1840:

The Greek manuscripts were catalogued more recently in

Further information about Burney and his manuscripts

A more detailed guide to Burney, his life, and his manuscripts, can be found in a virtual exhibition on the Catalogue of Illuminated Manuscripts website.