Livy Among the Humanists

Harley MS 2493 contains a copy of Livy’s Ab Urbe Condita. Being over 800 years old, however, means this manuscript has more than one story to tell. A manuscript’s provenance, its journey to the present day through its various former owners, is often as interesting and edifying as the text itself. This manuscript, for instance, becomes a key source for Livy’s classical text only after passing though the hands of two immensely significant Renaissance figures: Francesco Petrarch and Lorenzo Valla.

The manuscript came to the Library in 1753 as part of the collection acquired by Robert and Edward Harley in the late 17th and early 18th centuries. Prior to this, it was in the custody of the Jesuit College in Agen, which was in operation between 1591 and 1762. It is unknown how the manuscript made its way to the college, but the manuscript itself indicates that it was in the hands of Lorenzo Valla before that. Valla was an influential Italian humanist in the early 15th century, apostolic secretary to Pope Nicholas V and professor of rhetoric in Rome, and this manuscript was likely his own copy: he makes a great number of annotations, jotted down in the manner of personal notes, and even signs several of the pages. 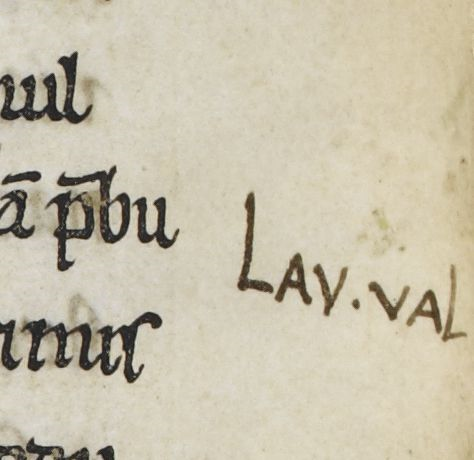 While the editing of classical texts was by no means new in Valla’s time, the humanists, driven for learning and motivated in particular by classical literature, proved themselves remarkable as Greek and Latin editors – though not always free of error. There was a strong desire in the Renaissance to produce a trustworthy text, as true as possible to the original. Valla was at the forefront of Latin scholarship, and his own desire for an accurate text led him to many great successes. 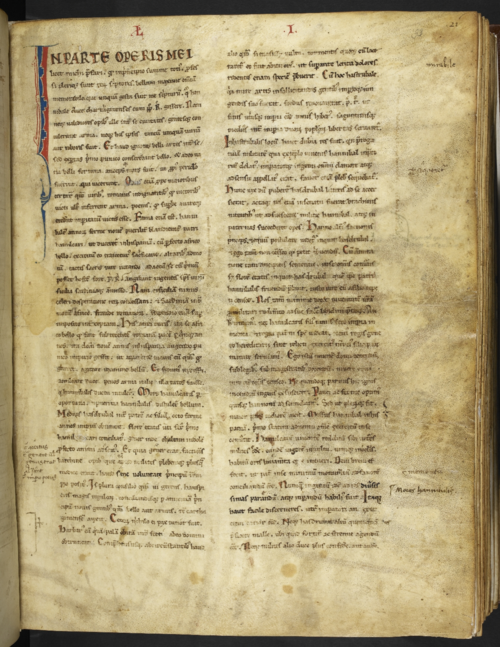 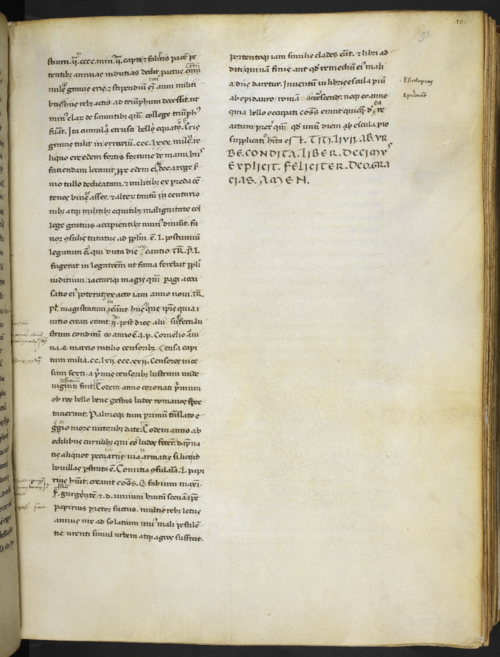 Harley MS 2493, f 92r. Portion of the manuscript copied by Petrarch in the 14th century.

But Valla was not the first (or last) to handle this manuscript. Although much of the codex dates from the 12th century, it was completed in the 14th-century by Francesco Petrarch himself, the famed Italian scholar and poet. Petrarch personally copied some thirty folios of the manuscript, comprising the final sections of Decades I and III, and added copious notes to the text. These notes were used by Valla, and influenced his Emendationes in T. Livium. There are many pages where this cooperation can be seen quite clearly.

Harley MS 2493, f 105v. Emendations by Petrarch (between the lines) and marginalia by Valla.

Livy’s history of Rome remains a work of incredible literary value, and the text we read today is in part the result of the efforts of humanist scholars. On Digitised Manuscripts, you can explore Petrarch and Valla’s own copy!