This week the public have the chance to shape a ‘Magna Carta for the digital age’, by voting for My Digital Rights clauses generated by school students from around the world. Launched with BBC Radio 1 earlier this year as part of the BBC’s Taking Liberties season, the project has been jointly conceived by the British Library, World Wide Web Foundation, Southbank Centre and British Council. The results will be published on Monday 15 June, Magna Carta Day. 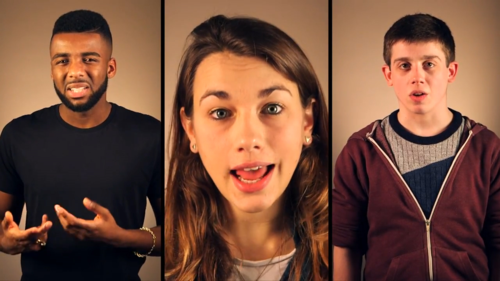 In conjunction with the 800th anniversary of Magna Carta and the 25th anniversary of the web, more than 3000 10 to 18 year olds, over half of whom are overseas, have taken part in Magna Carta: My Digital Rights. The project is part of the British Library’s Learning programme, supporting our major exhibition Magna Carta: Law, Liberty, Legacy, and encourages young people to think about the issues of freedom and control raised by Magna Carta in the context of the digital age.

Young people have taken part in debates and workshops to consider a range of digital topics from cyberbullying to surveillance, and they have written their own ‘clauses’ in response. Since January the Library has received over 500 clauses from schoolchildren relating to freedom, privacy and access. The clauses from students are striking: rather than a call for freedom or openness, half of the submissions reveal a marked concern about safety and security online.

The clauses from students include ideas such as:

The British Library also consulted a range of public figures, including human rights activists, technology experts and surveillance specialists, during the course of the project. The contributors, such as Shami Chakrabarti, Professor Sir David Omand, Caroline Criado-Perez and Simon Phipps, wrote articles and featured in films as part of the project.

The public can now vote for their favourite clauses on the My Digital Rights website until Monday 15 June, Magna Carta Day, when we will unveil the ‘Top 10’ clauses that emerge.