A group of us were recently discussing what is our favourite item in the British Library's Magna Carta exhibition. Mine changes every day, but I had recently plumped in a Twitter Q&A for the John Wilkes teapot, on loan from the Victoria and Albert Museum. Meanwhile, Alex Lock, our researcher on the post-medieval legacy of Magna Carta, finally had to admit that the Middle Ages is the best after all, when he chose the seal matrix of Robert fitz Walter, loaned to the British Library by our friends at the British Museum. The John Wilkes teapot (image courtesy of the V&A) 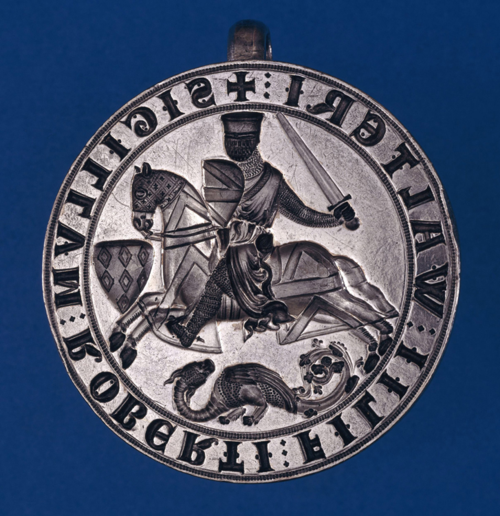 Our followers on Twitter soon sprung into action. Dr Sophie Ambler, Research Associate on the Magna Carta Project, nominated the Statute of Pamiers. Other votes went for the Hexateuch, the painting of Herbert Beerbohm Tree as Shakespeare's King John (nominated by Marc Morris), King John's teeth and thumb-bone, 1066 And All That, and Matthew Paris's map of Britain. 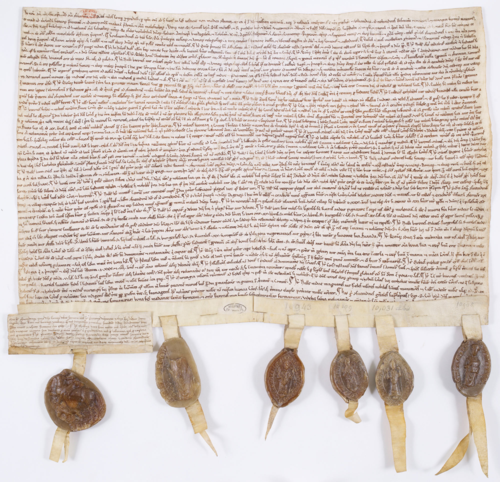 The Statute of Pamiers (image courtesy of the Archives nationales) 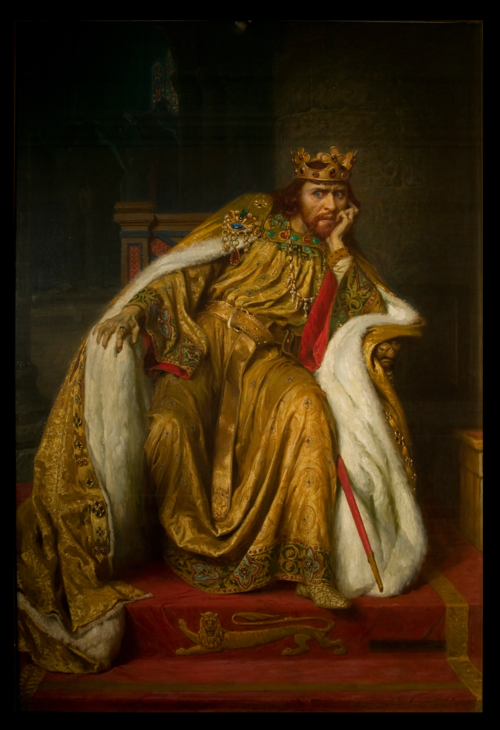 This got us thinking. Is there something that has escaped the above list, or a little-known gem in the exhibition that everyone's overlooked? We'd love to hear from you. Tweet us @BLMedieval, or add a comment at the end of this blogpost, and we'll publish/retweet the best. Anyone for King John's will or the account of William Penn's trial?

You can either see the exhibition in person, until 1 September (tickets can be booked here), or you can view the exhibits in our catalogue or on our dedicated website. Which are your favourites?

The papal Bull annulling the Charter.