Every year there is always that one song (you either love or hate) that seems to take over the summer months. Friday night’s episode of The One Show featured the earliest known English song of the summer, which is found in one very special manuscript from the British Library’s collection. Harley MS 978 includes the only witness of Sumer Is Icumen In, the most famous piece of English secular medieval music. Copied in the 1260s, the manuscript is associated with Reading Abbey, and has been linked to one of its monks, William of Winchester. 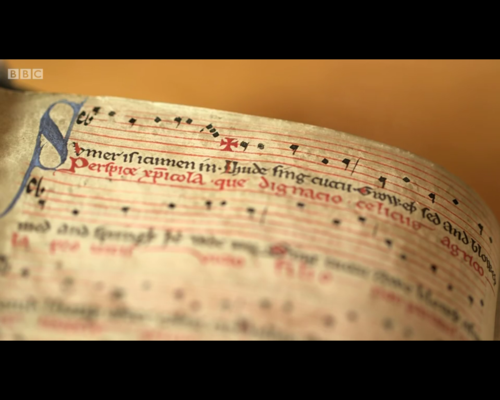 Close-up of Sumer Is Icumen In, Harley MS 978

Four main voices are intended to sing the round, plus two further parts are written at the bottom of the page. 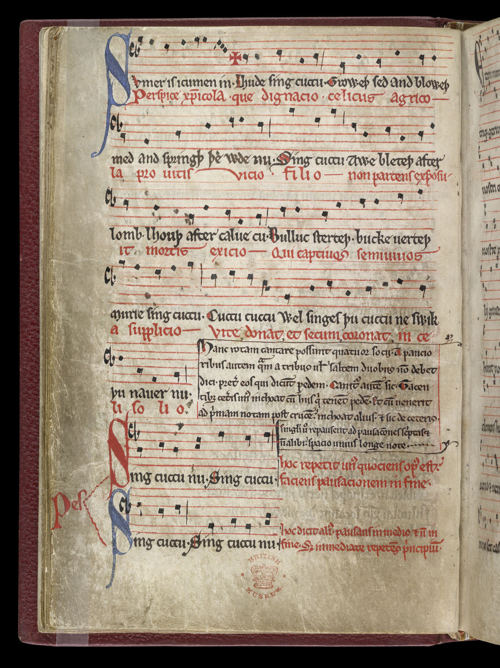 The text inset to the right of the page gives instruction in Latin for the performance of the round, Sumer Is Icumen In, England, 3rd quarter of the 13th century, Harley MS 978, f. 11v

Featuring Dr Nicolas Bell, the British Library’s Curator of Musical Manuscripts, the episode brings this famous medieval song from the 13th century into the 21st century. Musician and TV presenter, Richard Mainwaring even performs a modernised version at Latitude Festival, with a backing track provided by 2013’s summer classic, Get Lucky by Daft Punk (featuring Pharrell Williams and Nile Rodgers). 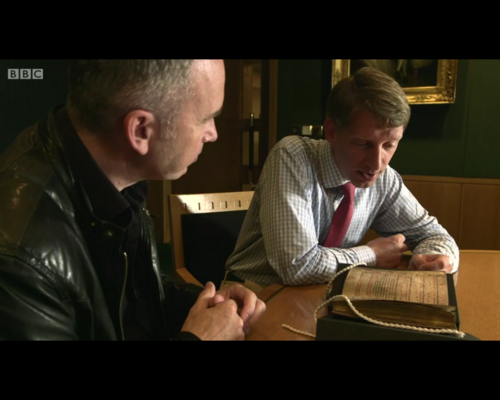 For anyone who missed it, the episode is available on BBC’s iPlayer (UK only, approximately 12 minutes in).

This TV appearance also coincides with the return of Harley MS 978 to the Sir John Ritblat Treasures of the British Library Gallery. The lyrics of Sumer Is Icumen In and a translation into modern English can also be found on our blog.