The Peasants Are Revolting: The Coronation Charter of Henry I

When the charter of liberties we now know as Magna Carta was drawn up at Runnymede in 1215, it tapped into a long tradition of English kings making promises to uphold good laws and repudiate past oppressions. One of the most significant early written examples of such promises can be found in the coronation charter issued by King Henry I (r. 1100–1135) on this day, 5 August, in 1100.

Henry was the third and youngest surviving son of William the Conqueror (r. 1066–1087). His brother William Rufus (r. 1087–1100), who had succeeded their father as king of England, died in suspicious circumstances — an arrow through the lung while hunting in the New Forest. Reportedly Rufus's body was abandoned where it fell and later discovered by a peasant. 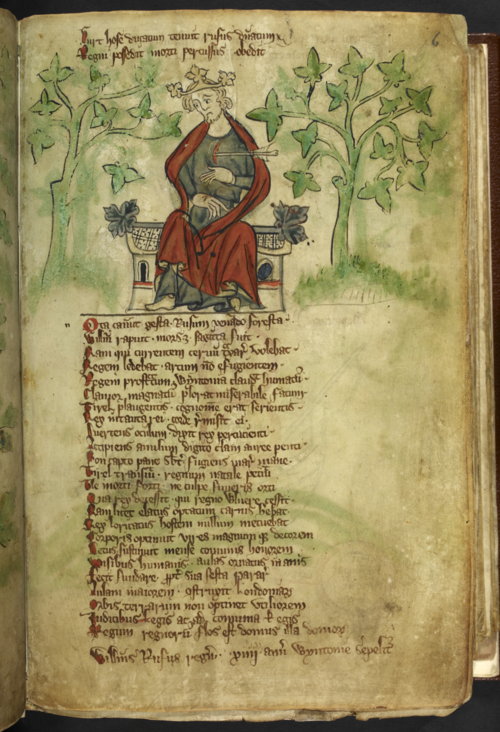 Henry moved rapidly to secure his own interests and prevent any possible rivals from seizing the crown, especially Robert Curthose, Duke of Normandy (d. 1134), the eldest of the three surviving brothers and a more likely claimant to the throne. Robert was in Apulia at the time on his way home from the First Crusade. Haste could also help avoid the disorder that regularly threatened when the throne lay vacant for long. Henry first made his way to Winchester where he secured the royal treasury and was ‘elected’ king by a group of barons, before proceeding swiftly to his coronation at Westminster Abbey only days after the death of William Rufus.

To secure his precarious hold on the throne, a charter announcing that Henry had been crowned and putting into writing his coronation promises was drawn up, sealed and circulated to every shire. The charter announced his intention to correct the wrongs of his brother, declaring:

‘I restore to you the law of King Edward together with the improvements by which my father improved it by the counsel of his barons.’ 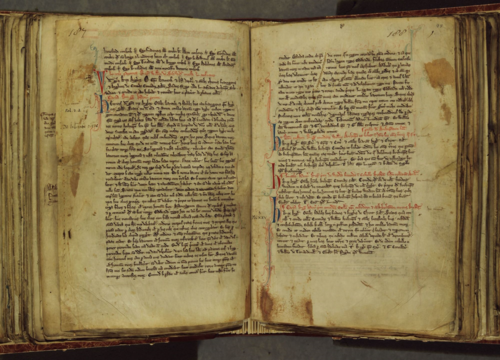 The coronation charter of Henry I, in a 13th-century copy made for Canterbury Cathedral Priory (London, Lambeth Palace, MS 1212, ff. 97v-98r)

This document enshrined in writing the traditional promises Henry had made at his coronation — to keep the peace, forbid all iniquities, and to maintain justice and mercy — alongside further concessions to his barons and pledges to redress specific complaints. It is the first surviving English coronation charter, thanks to its wide distribution and a contemporary interest in legal literature that saw scribes copying the text into law compilations. Later, it was even translated into French, as can be seen in a bilingual bifolium in our collections (Harley MS 458), made in the early 13th century, perhaps for the barons opposed to John.

Modern historians have noted that Henry’s charter was not necessarily the first of its kind. William Rufus issued written promises in 1088 and 1093, and some of the promises made by Henry I can be traced back to before the Norman Conquest, such as in concessions made by Æthelred II (r. 978–1016) and Cnut (r. 1016–1035), or to Edward the Confessor’s oath in 1041 to uphold the laws of Cnut and his sons. However, its detailed list of concessions made this document particularly important a century later when it was known to King John’s barons, and it served as a precedent for Magna Carta. In our exhibition, you can see the version of the coronation charter copied at Canterbury Cathedral Priory around the time that Magna Carta itself was first issued.

Henry’s reign was remembered particularly for the law and order that had prevailed. In the popular Prophecies of Merlin written at the end of Henry’s reign, Geoffrey of Monmouth gave Henry the epithet of ‘the Lion of Justice’ whose roar ‘the towers of Gaul shall shake and the island Dragons tremble’. Henry’s nephew, Stephen of Blois (r. 1135–1141), and his grandson, Henry II (r. 1154–1189), evoked this legacy in their own shorter coronation charters which promised to uphold the laws of Henry I and of Edward the Confessor.

However, the flip side to the rigorousness of Henry’s reign is that some of Henry’s contemporaries levied accusations of avarice, cruelty and severity against him. Seeing Henry as having failed to honour his oath to maintain good laws and to abolish all iniquities throughout his kingdom, the chronicler John of Worcester recounted a series of dreams Henry experienced in 1130. The three broad classes of society (peasants, knights and clerics) visited Henry successively. Each group in turn threatened Henry with weapons appropriate to their position, the peasants with their scythes and spades, the knights armed with their swords and shields, and the clerics with their croziers. Shortly after these terrifying nightmares, Henry was caught in a storm at sea which only abated once he made three promises: not to collect the Danish tax for 7 years, to go on pilgrimage to Bury St Edmunds, and always to preserve justice throughout England. 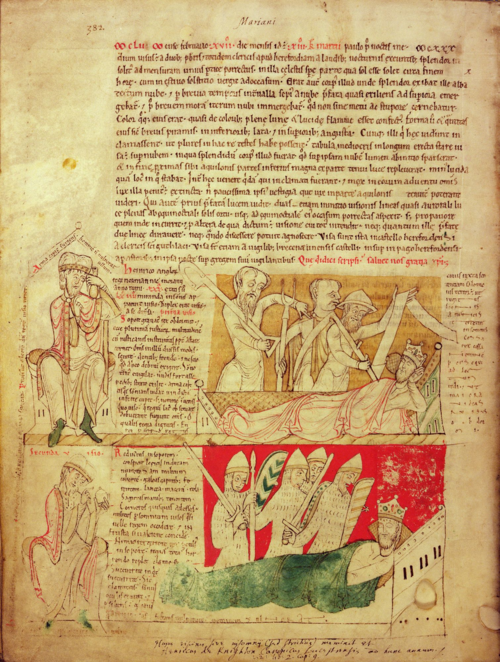 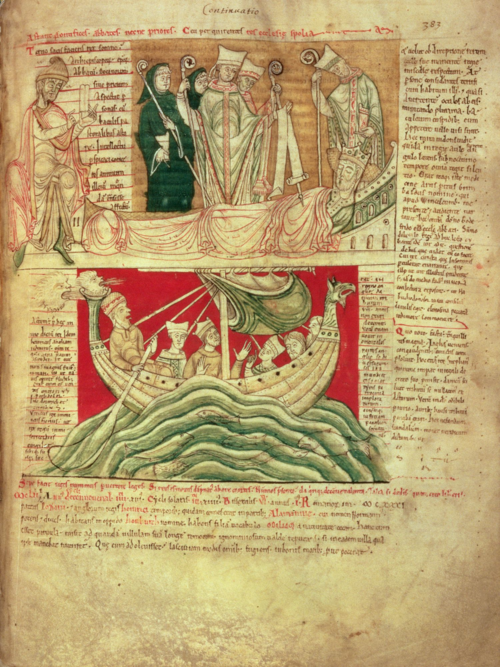 Henry’s sequence of nightmares and the subsequent stormy cross-Channel journey that inspired him to seek redemption for his sins are vividly illustrated as a series of miniatures in John of Worcester’s own manuscript of his Chronicle. It’s quite likely that this is also one of the earliest representations in western art of ‘revolting peasants’!

We're extremely grateful to the librarians of Lambeth Palace Library and Corpus Christi College, Oxford, for lending to our exhibition the coronation charter and nightmares of Henry I respectively. Both of these items can be seen in Magna Carta: Law, Liberty, Legacy at the British Library until 1 September 2015.