Codex Sinaiticus: Both British Library Volumes On Display in London

The two volumes of Codex Sinaiticus held in the British Library's collections are together one of its greatest treasures. Produced around the middle of the 4th century, Codex Sinaiticus is the earliest manuscript of the complete New Testament and the best witness for some books of the Old Testament. The text of both volumes was heavily annotated by a series of early correctors, and the significance of Codex Sinaiticus for the reconstruction of the text of the Bible, the history of the Bible and the history of western book-making is immense. 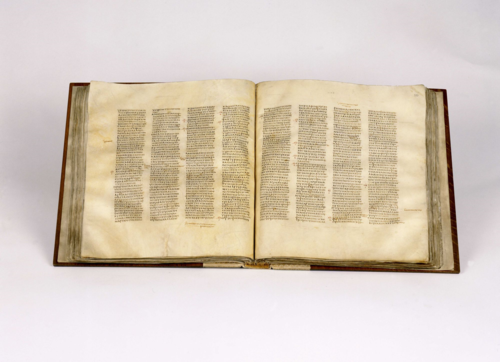 From today, there is a very rare opportunity to see both volumes of Codex Sinaiticus on display in London. One volume of the manuscript is usually exhibited at the British Library and this week the Old Testament volume has been put on display in the Sir John Ritblat Treasures Gallery, alongside other major highlights of the collection, including Codex Alexandrinus, the 5th-century manuscript of the Bible in Greek. This gallery is open for 7 days a week in the British Library building at St Pancras. 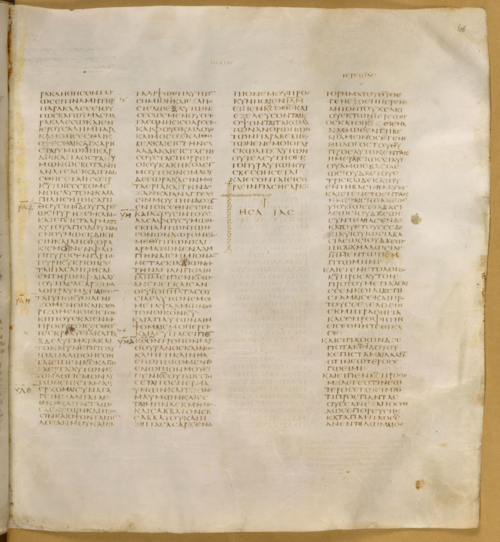 For the next few months, you can also see the New Testament volume of Codex Sinaiticus in London. The Library has loaned the manuscript for the first time to the British Museum for its new exhibition, Egypt: faith after the pharaohs, which runs from 29 October 2015 until 7 February 2016. As well as Codex Sinaiticus, the Library has loaned eleven other manuscripts to the exhibition, including the papyrus fragment of the Gospel of Thomas, a leaf from the Cotton Genesis and the First Gaster Bible. These loans are part of a major collaboration between the British Library and the British Museum which brings together in the exhibition some of the Library’s most important treasures, key items from the Museum’s own collection and a wide range of loans from other institutions, including a copy of the Qur’an on loan from the Bodleian Library. 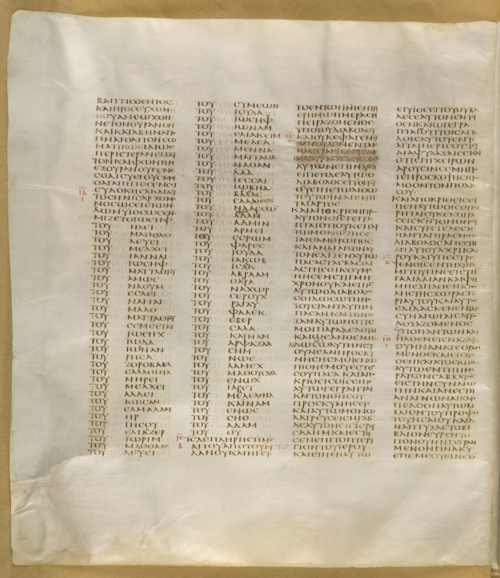 Codex Sinaiticus originally contained the whole of the Bible in Greek, and is named after the monastery of St Catherine near the foot of Mount Sinai in Egypt, where it had been preserved until the middle of the 19th century. The principal surviving portion of the Codex is the two volumes, comprising 347 leaves, now held by the British Library. A further 43 leaves are kept at the University Library in Leipzig, parts of 6 leaves are held at the National Library of Russia in Saint Petersburg, and further portions remain at Saint Catherine’s Monastery. 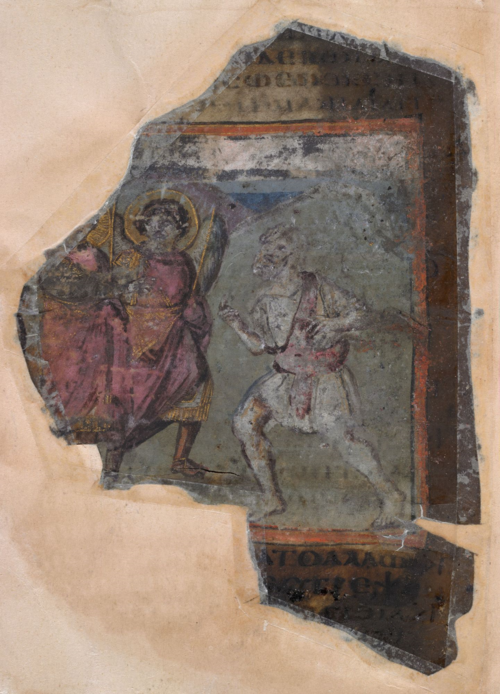 On 9 March 2005, representatives of the four institutions holding parts of Codex Sinaiticus signed a partnership agreement for the conservation, photography, transcription and publication online of all surviving pages and fragments of the Codex. The principal outputs of the project were published online in full on the Codex Sinaiticus website in July 2009. This website includes a record of the detailed new conservation work undertaken, new photography of the whole manuscript and a full electronic transcription of the text of the manuscript in which every word in each image is linked to the corresponding word in the transcription. The work on the transcription was led by Professor David Parker at the University of Birmingham and was funded by a grant from the Arts and Humanities Research Council. Other aspects of the project were generously funded by the Stavros Niarchos Foundation, the A. G. Leventis Foundation, the Deutsche Forschungsgemeinschaft and a number of other donors. 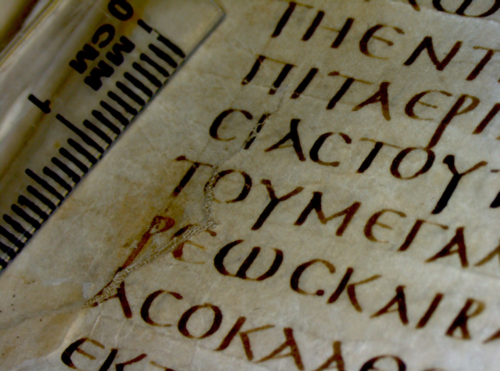 As part of the collaboration between the British Library, Leipzig University Library, the National Library of Russia and Saint Catherine’s Monastery, all four partners also worked together to undertake research into the history of the Codex and to commission an objective historical narrative based on the results of the research. That account was published on the Codex Sinaiticus website in 2009.

Other outputs of the Codex Sinaiticus Project include a new book by David Parker, Codex Sinaiticus: The Story of the World’s Oldest Bible (London, 2010), a full printed facsimile of the manuscript published in 2011, and the papers from the international conference held by the project in 2009, Codex Sinaiticus: New Perspectives on the Ancient Biblical Manuscript, ed. Scot McKendrick et al. (London, 2015).

The volumes of Codex Sinaiticus held at the British Library (Add MS 43725) are also available on our Digitised Manuscripts website.

We hope that as many people as possible will visit the British Museum and the British Library this autumn to experience these great manuscript treasures.