Animal Tales, an exhibition exploring the role of animals in literature and what it says about us as humans, is open in the entrance hall of the British Library until 1 November 2015. One of the exhibition cases is devoted to shape-changing: stories where human and animal identity is blurred, with humans taking on the shapes and characteristics of animals. Works on display include illustrated editions of Kafka’s Metamorphosis and Little Red Riding Hood.

The Library's collections of medieval manuscripts contains a wealth of the most incredible images of animals, humans and everything in between. For example, an advanced search for ‘Hybrid’ in Iour Catalogue of Illuminated Manuscripts gives 196 results! Here are some of the most intriguing.

Ovid’s Metamorphoses is perhaps the earliest example of, well, metamorphosis, and it was widely copied and adapted in medieval manuscripts. Here is an example from 15th-century Germany. 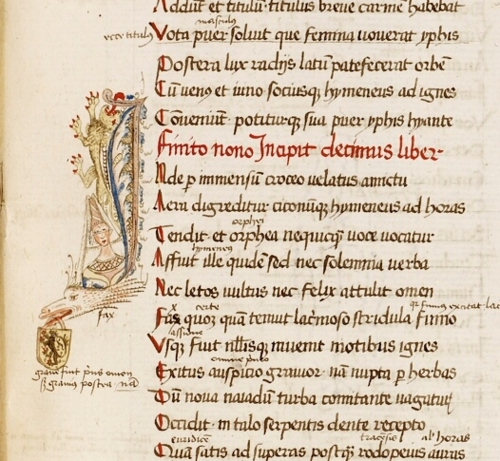 Decorated initial 'I'(n) with acanthus leaves, a lion, a lady with pointed headdress and the head of a hybrid creature holding arms in its mouth, at the beginning of book 10 in Ovid's Metamorphoses, Germany, 3rd quarter of the 15th century, Harley MS 2489, f. 120r

Of course, most of the shape-shifters in our manuscripts are in the marginalia livening up the pages of a wide variety of texts, some of them religious. This image, illustrating an episode from the Old Testament apocryphal legend of Tobit, has a knight-centaur and a hairy man in the border. 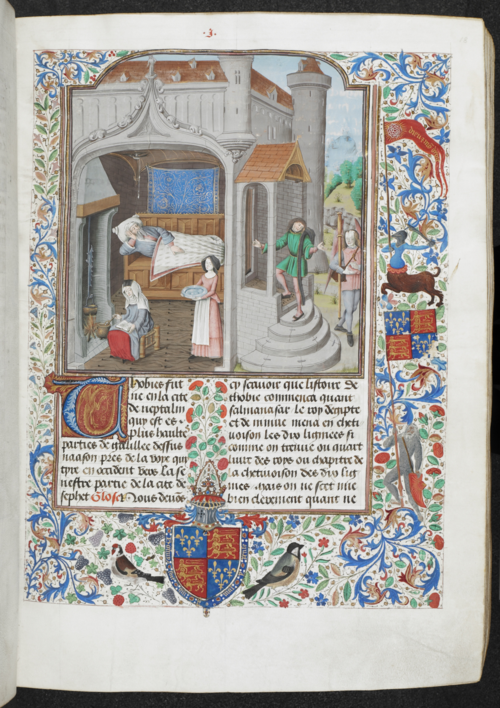 Miniature of the blinding of Tobit, lying in bed in his house; outside, Tobias leading the angel Raphael into the house; with a full border including a wildman holding a banner bearing the royal arms of England and a centaur, with a banner inscribed with the Yorkist motto, 'Dieu et mon droit', Netherlands, S. (Bruges); 1470 and c. 1479, Royal MS 15 D I, f. 18r

The Luttrell Psalter, featured many times in this blog, is filled with fantastical marginal creatures and here are two delights: a bishop and a king with bird/animal/reptile-like bodies.

The Gorleston Psalter has a variation on the knight versus snail theme, one of our favourites. Here a knight with a horse’s body holds up a face-shield to the snail, while attacking it with curved blade.

This Book of Hours from St Omer, formerly owned by John Ruskin, has some of the cutest marginal creatures, and what a great hairstyle for a hybrid! 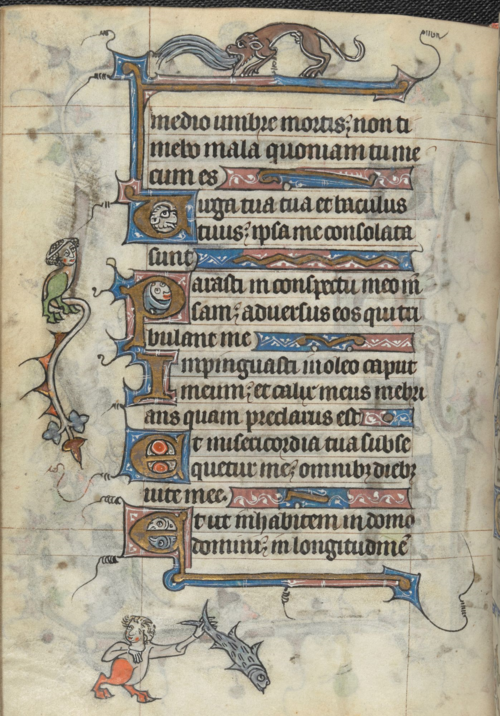 Legends and romances are often decorated with marginal creature too and this manuscript of Arthurian tales, known as the Prose Lancelot-Grail contains an image in the top left-hand margin of a hybrid man reading an almanac, with an ape trying to snatch it away. 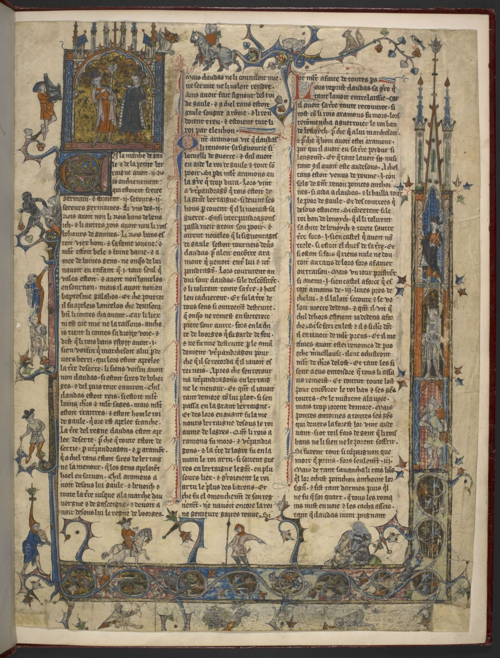 Opening page of Lancelot du Lac with the lines ‘En la marche de Gaule’, a large miniature in colours on a gold ground of King Ban of Benoith and King Bohort of Gaunes, and a full bar border with hybrid creatures, animals and human figures, one side consisting of a 3-storey chapel, each storey containing a courtly character, France, N. (Saint-Omer or Tournai), 1316, Add MS 10293, f. 1r

This page from a book of canon law, the ‘Smithfield Decretals’, is a riot of imagination. The lower margin contains some great hybrids doing what hybrids do!

Of course, hybrid creatures are found not only in the margins. This miniature illustrates an episode from Froissart’s Chroniques: the Dance of the Wodewoses. These were mythical satyr-like creatures or men of the woods who were popular figures in medieval folklore. The episode illustrated is the tragedy at the Bal des Sauvages in Paris on 28 January 1393. King Charles VI of France and some of his courtiers were dressed as wild men and chained together for a masquerade. Their costumes contained flammable glue attaching a hemp-like material that made them appear ‘hairy from head to foot’. As they were dancing, a spark from a torch set their highly-flammable costumes alight, so that some of them were burned alive; the king's life was saved through quick action by his aunt, the Duchesse de Berry, who used her dress to smother the flames. 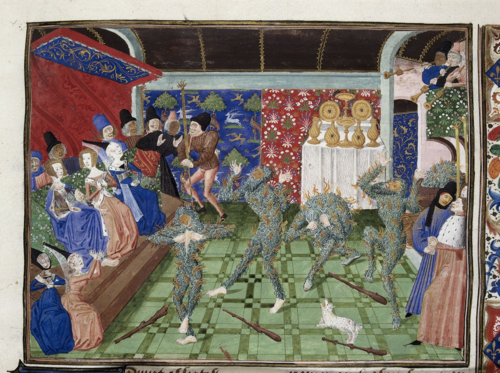 Animal Tales is a free exhibition at the British Library until 1 November 2015.