Things That Go Bump in the Night

Happy Halloween! Just for you we’ve compiled a spook-fest from the British Library’s medieval manuscript collections. You might want to keep the lights on tonight…

Don't be fooled by first impressions. 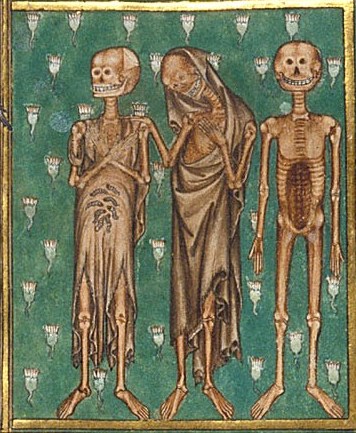 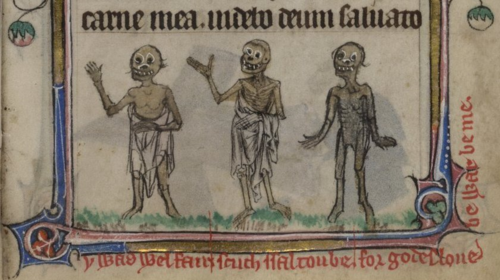 Detail of a bas-de-page scene of the Three Dead, from the 'Taymouth Hours', England (London?), 2nd quarter of the 14th century, Yates Thompson MS 13, f. 180r Detail of a miniature of a pope, a king, and a knight, being threatened by a skeleton with a spear illustrating the Dialogue with Death, from a collection of Middle English devotional texts, England, 1st half of the 15th century, Stowe MS 39, f. 32r 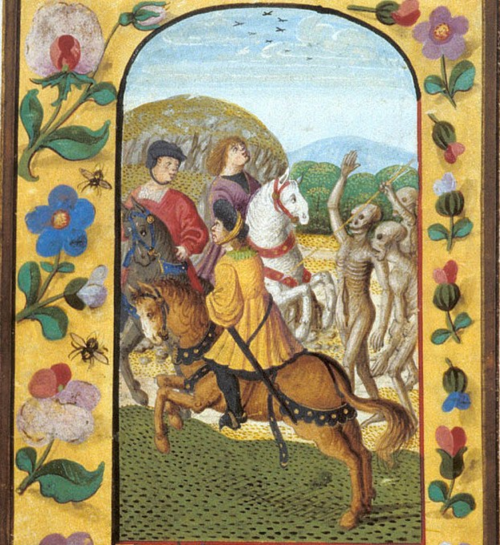 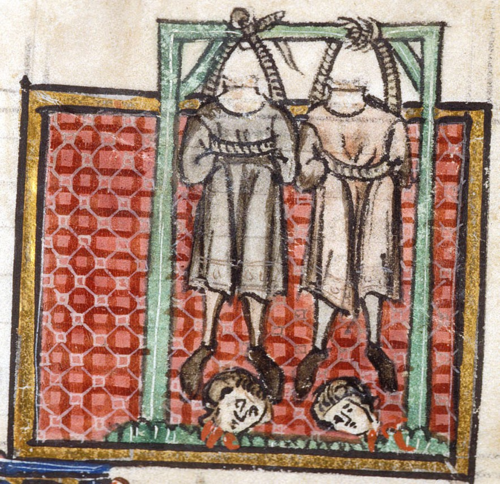 Detail of miniature of the hanging of the murderers of Darius, with their detached heads below the gallows, from the Roman d'Alexandre en prose, S. Netherlands, 1st quarter of the 14th century, Harley MS 4979, f. 46r 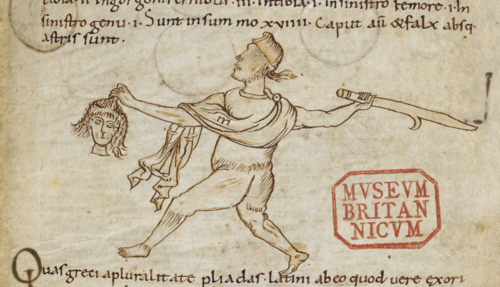 Detail of a miniature of Perseus holding the head of Medusa from a collection of works on mathematics,  W. Germany (possibly Cologne), 10th century-Mid 11th century, Harley MS 3595, f. 49r 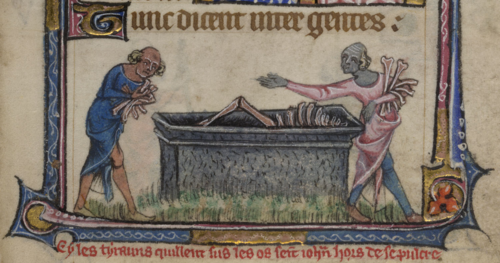 Detail of a bas-de-page scene of two men ('tyrauns' [=tyrants]) removing the bones of John the Baptist from his sarcophagus, from Yates Thompson MS 13, f. 109r 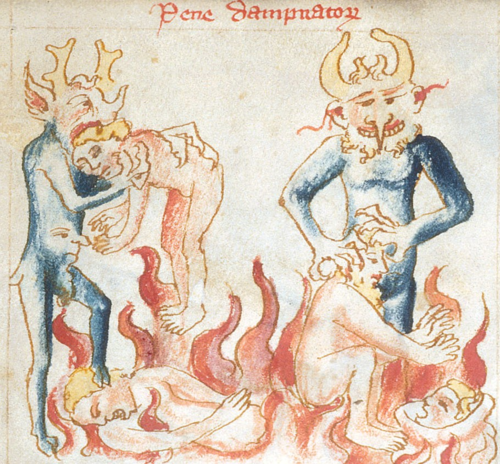 Detail of a coloured drawing of the torments of the damned in Hell, from the Speculum humanae salvationis, Germany or Switzerland, last quarter of the 14th century, Harley MS 3240, f. 44v 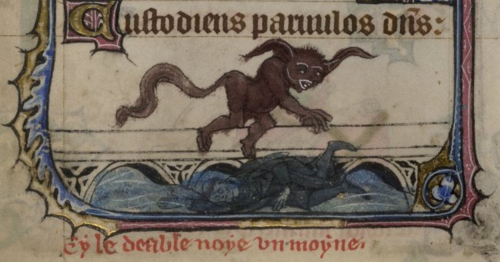 Detail of a bas-de-page scene of the devil trying to drown a monk who was walking on a bridge, from Yates Thompson MS 13, f. 151v 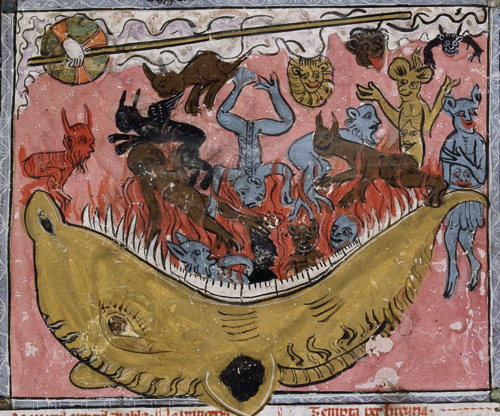 Detail of a miniature of the fall of the rebel angels, from the Breviari d'Amor by Matfre Ermengaud,  France, S. (Toulouse?), Royal MS 19 C I, f. 33r

What would a Halloween-themed medieval manuscripts blog be without some gruesomeness from Dante’s Inferno? 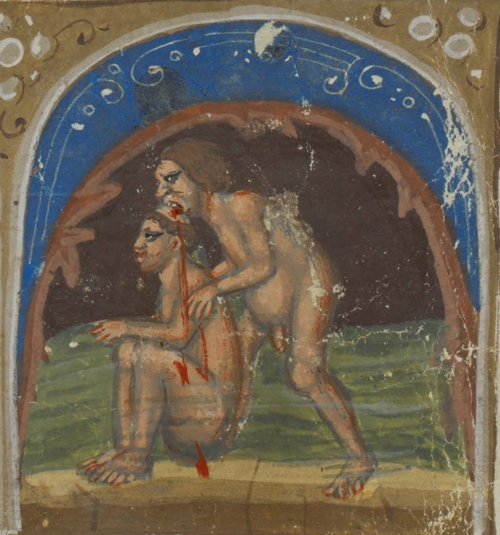 Detail of a miniature of Graf Ugolino della Gherardesca gnawing on the scalp of his political rival, Archbishop Ruggiero, from Dante Alighieri, Divina Commedia, N. Italy (Emilia or Padua), 1st half of the 14th century, Egerton MS 943, f. 58v

And perhaps most terrifying of all... the mutant bunny murderer. 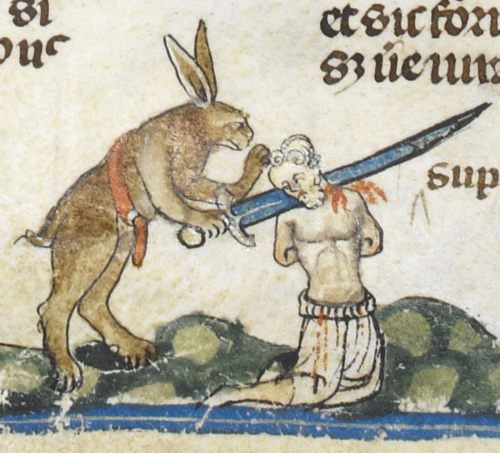 And if you’ve still not decided what to wear, you might want to read this post on medieval-style Halloween costumes!

Thirsty for more? Check out the gory Tarantino-esque depictions of martyrdom in Egerton MS 2019.