Abraham and the Angels: The Cotton Genesis at the British Museum

The miniature of Abraham and the angels from the Cotton Genesis is one of the first items on display in the exhibition Egypt: faith after the pharaohs currently taking place at the British Museum. The Cotton Genesis is a landmark in the history of biblical illustration. Produced probably in Egypt during the 5th or 6th century, it contains a copy of the Book of Genesis written in Greek. This extensively illuminated codex once contained a sequence of over 300 illustrations, but tragically it was severely damaged in the fire of 1731 at Ashburnham House, where it was stored together with the rest of the library of Sir Robert Cotton. In the fierce heat of the fire, the parchment leaves shrank and were partly burned or charred. Despite its poor state of preservation, the Cotton Genesis remains an exceptional witness of early biblical illustration and of the highly accomplished technique of late antique book painting. 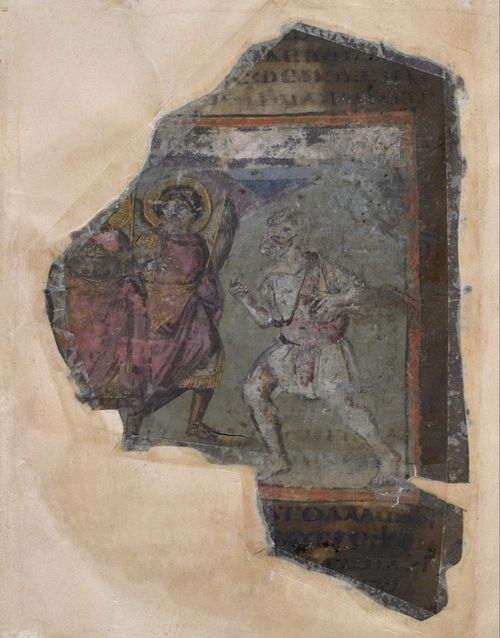 Fragment of a miniature of Abraham and two angels, from the Cotton Genesis, Egypt(?), 5th or 6th century, Cotton MS Otho B VI, f. 26v

In this scene, Abraham greets, or possibly pleads with, the angels sent by God to destroy Sodom. Parts of the Greek text are legible above and below the image. 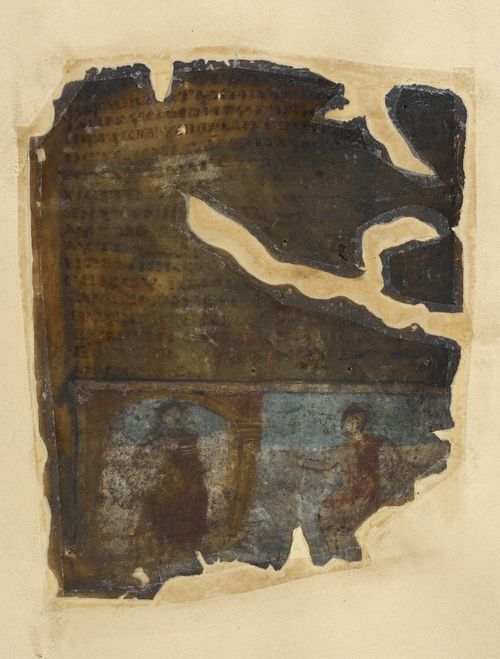 Here the butler with knees bent extends his arms towards the enthroned Pharaoh, and recounts how Joseph interpreted his dreams when he was in prison.

The two miniatures on the page below depict more unusual scenes. The first miniature probably features the Death of Shelah. The second miniature has been interpreted as portraying the Death of Eber or the Begetting of Peleg, or perhaps both. 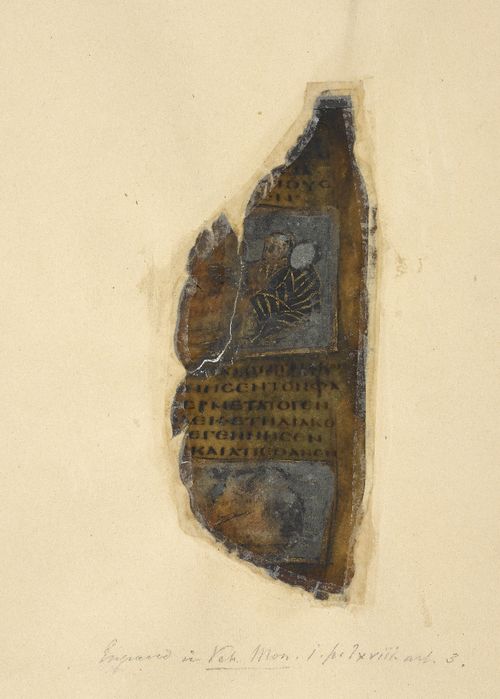 Fragmentary miniatures of the Death of Shelah and the Death of Eber and/or the Begetting of Peleg (Genesis 11:14-17), Cotton MS Otho B VI, f. 16v

The figure of Abraham from the Cotton Genesis introduces the three religions at the centre of the British Museum exhibition, as the shared ancestor of Judaism, Christianity and Islam. The exhibition tells the complex story of religious co-presence and conflict in Egypt from 30 BC under the rule of the Roman Empire up to the decline of the Islamic Fatimid dynasty in 1171. Yet, the exhibition looks beyond these twelve centuries, recognising the reverberations of the Pharaonic past on this period. At the same time it provides a broader context for understanding life in Egypt today. 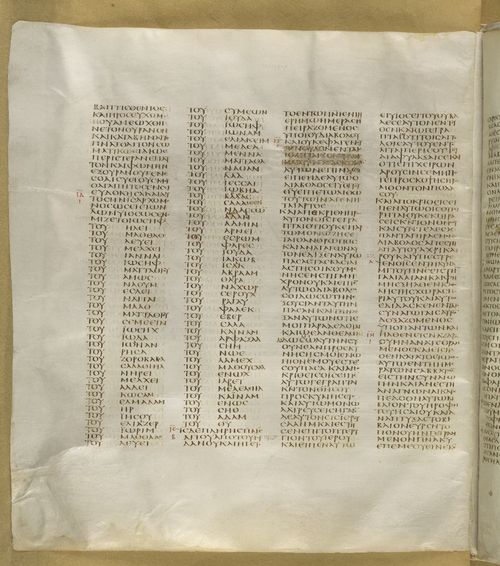 Other British Library loans to Egypt: faith after the pharaohs include a papyrus in Greek with the manumission of a 40-year-old female slave and her children, dated 14 April AD 291. There is also a number of Arabic, Coptic and Hebrew items from the British Library’s African and Asian collections. These include the First Gaster Bible (Or MS  9879) , a Coptic spell to cast out demons (Or 6796), and a 14th-century illuminated copy of Abu Al Qasim Al-'iraqi’s Kitab al-aqalim Al-saba'ah (Add MS 25724).

The British Museum exhibition Egypt: faith after the pharaohs is open until 7 February 2016.