In the 15th century, a significant number of portable almanacs were produced in England, and the British Library holds a considerable number of those that survive. No fewer than 10 of these almanacs, and several related items, have now been published on our Digitised Manuscripts site.

Portable almanacs were most probably made to be used by physicians and those with an interest in astronomy, astrology and prognostication. They were small, consisting usually of 6 to 8 parchment leaves folded in half and then into 4 or 6 oblong sections, sewn together at one edge with a tab that could be fastened to the girdle with a piece of cord. On the outside of each section were often titles for easy reference so that the correct page could be selected. 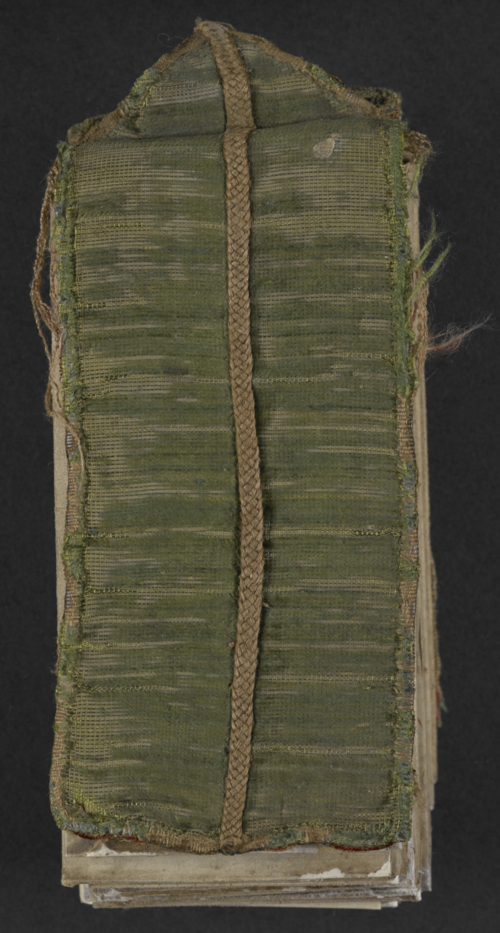 The contents vary, but usually include a calendar, together with tables and diagrams for calculating the movements of the heavenly bodies and their influences on the human body.

From Carolingian times, liturgical calendars were produced. They were used to calculate the days and dates of fixed and movable Christian feasts such as Easter and Christmas for any given year, sometimes including astrological and astronomical tables. An example of a folded calendar is this one made in Italy in c. 1381 which has a folio for each month with the title on the reverse, and calendar tables. It is very small, about the size of a credit card when folded. 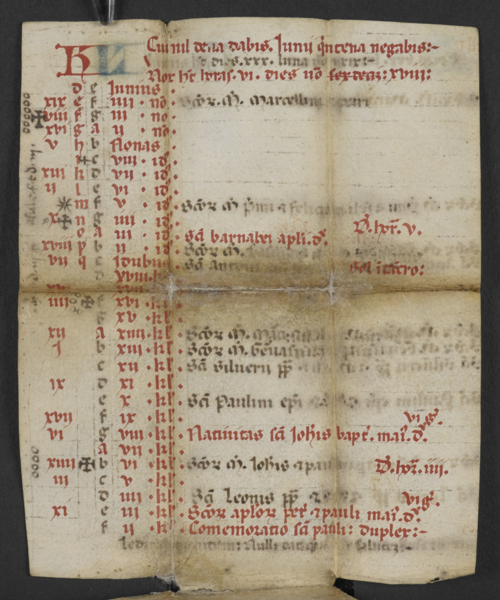 The calendar was one of the components of the almanac, containing useful information such as the time of sunrise and sunset for each day of the month; decorated initials and the use of colour made the data easier to interpret. 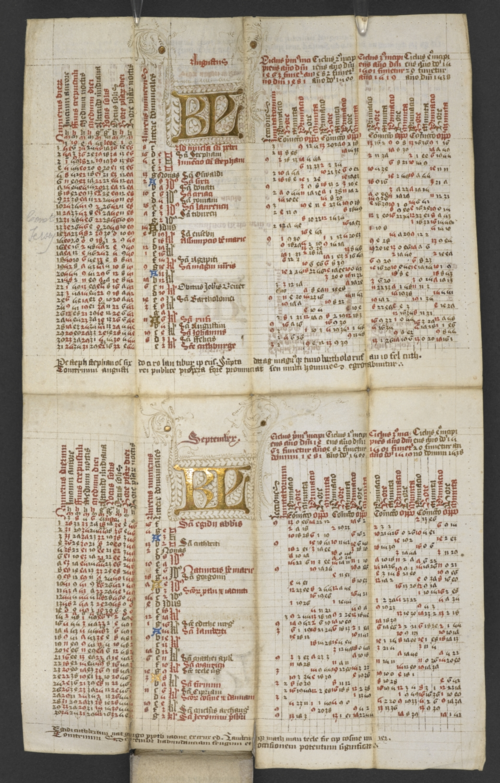 This manuscript was featured in ‘Guess the manuscript’ a while ago. 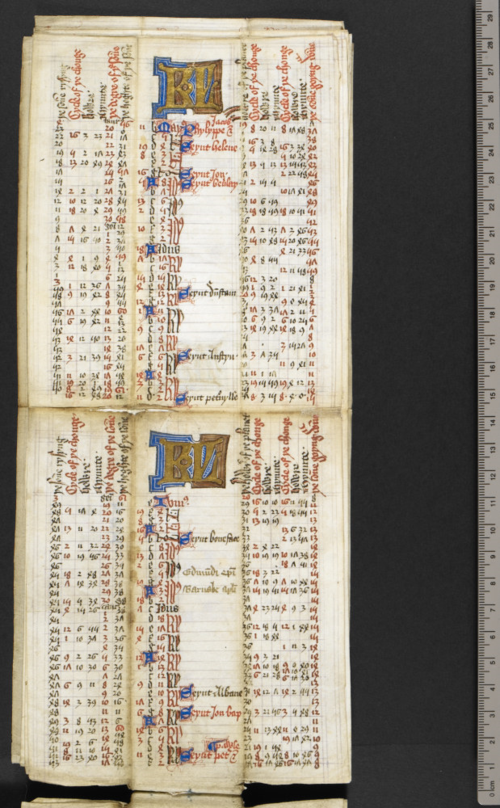 To the calendar are added more complex scientific and medical tables and diagrams, to make up the type of almanac produced from the late 14th century onwards. A popular version was the Kalendarium of John Somer which provided all the necessary information to calculate solar, lunar and planetary movements. 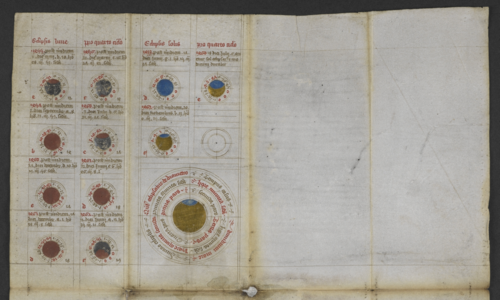 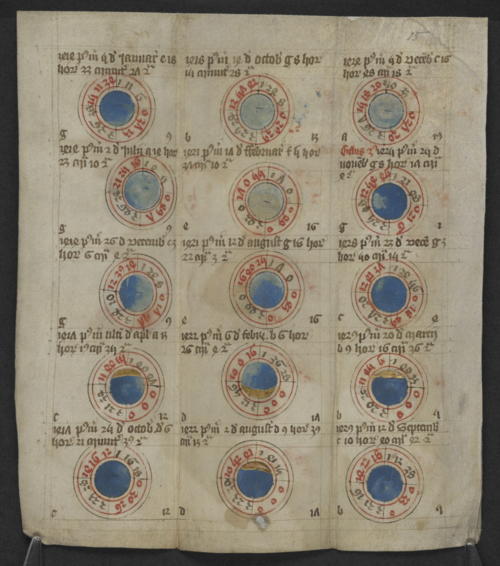 For the use of medieval physicians, diagrams of Zodiac man and Vein man were included. Zodiac man has the signs of the Zodiac represented on different parts of the body in which they have influence, for example Pisces is at the feet. Some of these diagrams are highly decorative, and were no doubt treasured possessions as well as works of reference.

There are some interesting male hairstyles: this zodiac man looks rather 1970s! 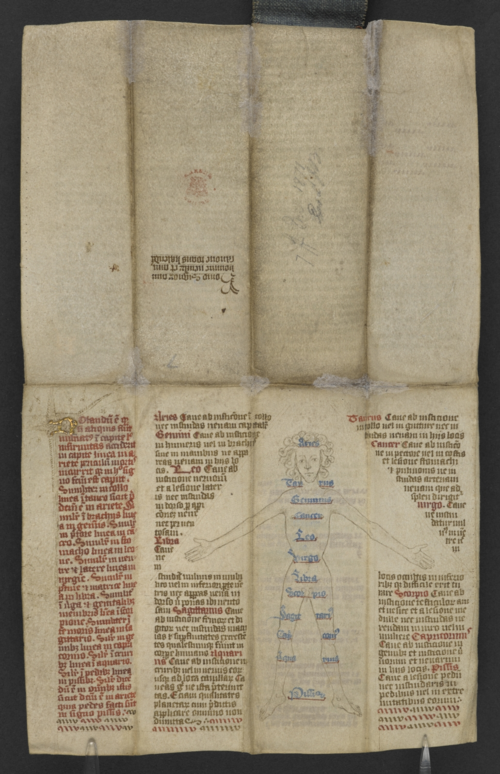 The prize for originality:  a headband with neat curls - and a ram on top! 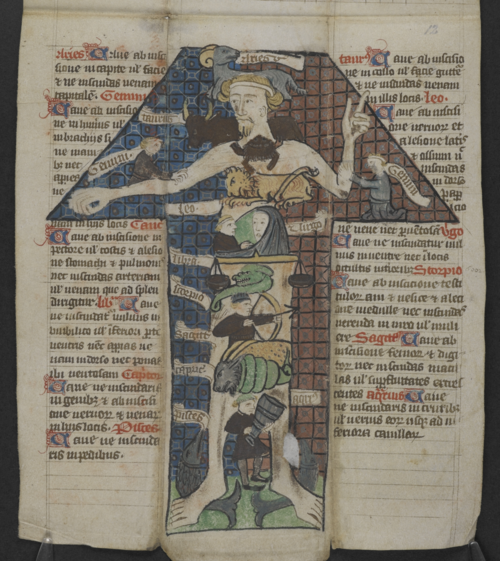 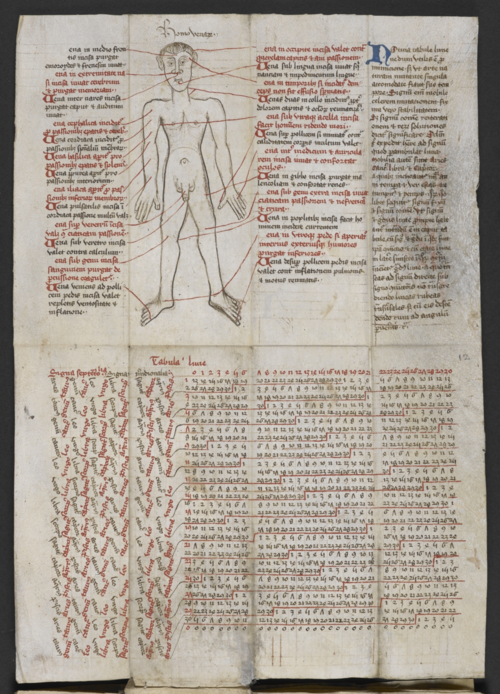 This one could be a barrister, or the Prince Regent in Blackadder III. 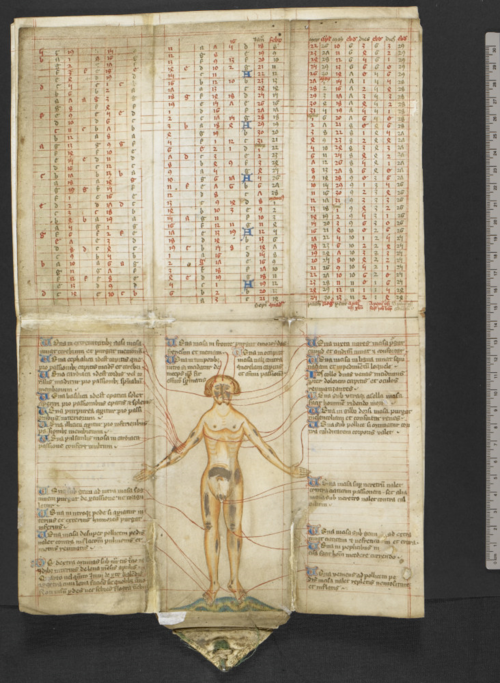 Finally, this colourful image of urine flasks describes the complaints associated with each colour and the text on the side gives instructions for treating the various illnesses. 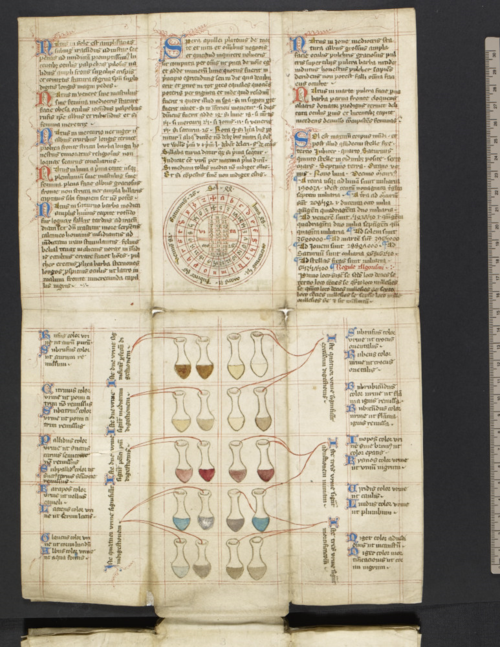 Diagrams of the sphere of Apuleius with canon on the nature of those born under different planets and a chart of urine flasks, England, c. 1406, Harley MS 5311, f. 2v

For more about how these manuscripts were constructed, and their relationship to three in Wellcome Collection see "MS.8932: A Medieval Embroidered Folded Almanac"